Corporate theatre doesn’t get much more bizarre. Just over two years ago AMP imported a troubleshooting chief executive, Francesco De Ferrari, to rescue the 170-year-old financial institution. On Thursday afternoon he was reportedly negotiating his own escape plan. By 6.30 pm on Thursday evening, AMP released a one-liner saying he was still employed.

Investors must be on tenterhooks waiting for any Friday updates.

If his future is in doubt, De Ferrari seems to have fallen victim to an egregious case of bait and switch. He signed on to resurrect a business with four major operating divisions and a market capitalisation of close to $8 billion.

That figure has almost halved since and the lion’s share of the businesses he signed up to run are either gone or under the hammer. 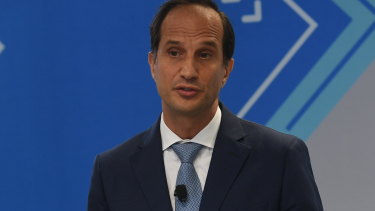 The struggling wealth division, whose business model was seriously undermined following the financial services royal commission, and the small bank that sits alongside it are the only assets that are likely to have been left in his kingdom.

Even the chairman that hired him, David Murray, has since needed to move on after promoting an executive Boe Pahari despite the latter’s involvement in a sexual harassment scandal.

The wealth division has continued to bleed and the life insurance operations have been sold.

And last year the board effectively put the entire company on the market. It got a bite from only one party, Ares Management, which later slipped the hook.

The board then instituted Plan B, which involved selling off the jewel in the corporate crown – AMP Capital.

Ares took the bait again, or at least the juicy bit.

Thus AMP Capital is being sold in a peculiar piecemeal fashion. The company is now working on a proposal to sell 60 per cent of AMP Capital’s unlisted markets business to Ares.

But even that deal is under a cloud as an interloper, Dexus, is attempting to grab the management rights of one of the big funds inside AMP Capital.

De Ferrari could not have anticipated that when he stepped through the door of the AMP tower at Sydney’s Circular Quay headquarters in December 2018 that he was entering a management and board graveyard, and certainly not one that he would ultimately occupy.

There had been rumblings over recent months that De Ferrari had been unhappy with the board’s attempted garage sale of AMP’s businesses.

But as recently as two weeks ago the board was asking shareholders to agree to a remuneration package for De Ferrari that involved granting him performance rights with a face value of $2.2 million alongside his $2.2 million base pay and a potential short-term bonus of up to 200 per cent of his base pay.

In classic AMP style, speculation of De Ferrari’s plans to resign were not meaningfully adressed. Instead, the company moved to halt trading of its shares. Confusion reigns.

Westpac is no Robinson Crusoe among its Australian peers when it comes to frustrations with the creeping capital regulatory imposts from across the Tasman. But it is likely the only bank that has reached the point of seriously investigating cutting loose its New Zealand operations.

Westpac’s revelation that it was mulling the idea of what to do with its Kiwi child was viewed as a knee-jerk reaction. It came hot on the heels of an edict from the Reserve Bank of New Zealand (RBNZ) that it had to boost its liquid capital and undertake two independent reports on its liquidity risk management and risk governance.

To be fair, Westpac had started the ball rolling a few weeks ago on reviewing whether to separate its New Zealand bank and had enlisted Macquarie as an adviser. 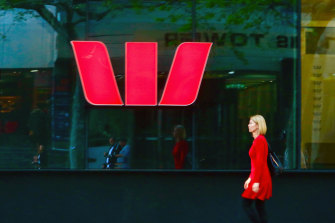 Westpac has been in New Zealand for 160 years.Credit:Will Willitts

Having said that Westpac had already read the tea leaves floating across the Tasman and would have known the prudential regulator, the RBNZ, was gunning for it.

But if, as some believe, signalling its intention to get out of New Zealand constituted an attempt to pressure the RBNZ to ease up on what have been labelled as the toughest capital requirements in the world, the regulator seems unlikely to take the bait.

Nor is New Zealand’s central bank likely to back away from its edict that Australian banks have to have operational autonomy from their Kiwi offshoots – robbing them of capturing trans-Tasman synergies.

For a while now Westpac has been embarking on a cleaning up process it calls simplification as it grapples with getting its house in order after the AUSTRAC money laundering scandal.

However, retreating from New Zealand is a huge structural move. Such an outcome would effectively shrink the bank given the New Zealand operations contribute about 15 per cent of group earnings.

While Westpac confirmed it was looking at a potential demerger of New Zealand, that outcome would be second prize. First prize would be selling the business, but even with the help of its advisers from Macquarie, buyers would be thin on the ground.

First prize would be selling the business, but even with the help of its advisers from Macquarie, buyers would be thin on the ground.

And there would be limited international interest in a domestic New Zealand bank. If any of the other three Australian banks decide to pursue the same course they would come up against the same hurdles.

A demerger would initially give all Westpac shareholders a direct stake in Westpac New Zealand, but if history is any guide, over time Australian shareholders would sell down their stake in the NZ bank and be replaced with Kiwi investors.

Without a New Zealand operation, Westpac could avoid the country’s more onerous capital requirements and this could provide it with a small advantage in return on capital relative to its Australian peers.

Against that, Australian banks would need to weigh up the loss of earnings that would result from leaving NZ and the limited opportunity to replace them.

ANZ in particular has an outsized investment across the ditch and would be least likely to follow Westpac’s lead.

A concise wrap of the day on the markets, breaking business news and expert opinion delivered to your inbox each afternoon. Sign up  Here.