Home » Markets » Three million Australians use Afterpay but how does it work – and why does Twitter’s CEO want to buy it?

A quick guide to what, if approved, will be the biggest corporate takeover in Australian history.

Afterpay started as a thought bubble of a 23-year-old and his investment banking neighbour. Now, almost seven years later, Nick Molnar is Australia’s youngest self-made billionaire and he and his former neighbour Anthony Eisen have announced their company’s intention to merge with the tap-and-go payment platform Square, which is run by Twitter CEO Jack Dorsey, in a deal worth $39 billion.

Most shoppers are now familiar with the “buy now, pay later” concept – which is a supercharged, modern version of the old “layby” model. Rather than waiting for a product until you pay it off, you get to leave the shop with your goods (or have them delivered to your home) and pay for them in multiple, interest-free instalments. Afterpay is the pioneer and global market leader in the space. It now has 16.2 million customers worldwide, 3.3 million of them in Australia, where it has nearly 70 per cent of market share of “buy now, pay later” transactions.It has spawned an array of competitors both in Australia and in the US, including Zip Co and the Commonwealth Bank-backed Klarna.

Square, meanwhile, is a fintech company valued at $137 billion, named after its low-key, white square devices in shops and cafes that customers tap with a card or a phone to pay for an item or service.

If the deal with Square goes ahead, it’ll be the largest company takeover in Australian history. Why is the head of Twitter interested in a souped-up version of the layby? 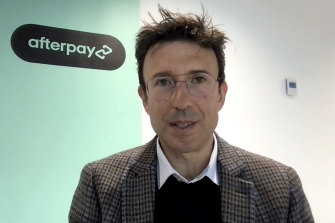 How do Afterpay and other ‘buy now, pay later’ companies work?

Buy now, pay later services (or BNPLs) act as intermediary platforms between retailers and their customers. A customer shops as usual, in a shop or online, but instead of securing payment with a credit or bank card, they click on their “buy now, pay later” company’s app (on phones) or connect with the company online.

The company then assesses the consumer and if it’s willing to accept a payment – Afterpay says it does so in 90 per cent of cases – it buys the item on the consumers’ behalf. The consumer pays them back in four fortnightly instalments that are direct debited from the consumer’s elected account, the first one debited at the time of purchase.

Partnering with buy now, pay later services is seen as a win for merchants because they’re paid immediately while the BNPL service takes on the risk of the customer repayment and assumes responsibility for any default. On both the merchant and consumer side, the services reward regular use: for consumers, it will more readily accept purchases, particularly on big buys, while for merchants, it will lower percentage fees.

Afterpay’s website serves as a kind of e-commerce hub or digital shopping centre, too, matching consumers with their desired good or service. In 2020, Afterpay sent 27 million shoppers to its merchant partners globally; nearly a third of these shoppers were new to the merchant brand. Not only does Afterpay claim to drive a 20 per cent increase in incremental sales for merchants, it also claims to increase the value of an average order by up to 40 per cent.

But how do they make money?

There are two specific ways these services make money: by charging merchants fees for purchases and by charging customer fees for late payments.

Afterpay charges its merchant customers a fee for each sale it processes for them. Evidently, many merchants are happy to hand over these fees since Afterpay is bringing them more sales.

Afterpay’s 2020-21 financial year results posted in late August show that its reported earnings before interest, tax, depreciation and amortisation (EBITDA) were $38.7 million, down 38 per cent. Its total loss soared from $22.9 million to $159.4 million … but underlying sales are up 102 per cent to a total of $22.4 billion. 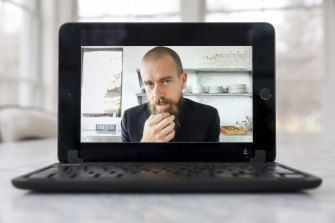 Jack Dorsey is the founder and CEO of both Twitter and Square.Credit:Bloomberg

While its co-founders are two of the richest entrepreneurs in Australia, the company has never made a profit nor paid a dividend to shareholders. The founder’s wealth comes from Afterpay’s soaring share price, with many investors happy to buy the stock now on the promise of future profits from its current explosive growth.

Afterpay has also recently launched an app called Afterpay Money. Beginning in Australia, users will deposit their salary into the app to allow for a wider range of payments and gives insight into the future trajectory of the company’s expansion strategy.

How are BNPLs regulated? Is there a concern?

Many consumer groups want buy now, pay later services to be subject to the same laws as credit card companies. But a 2020 Senate inquiry into fintech determined that consumers did not need legal protections when using BNPL services because, at this stage, the industry’s self-regulation provides a satisfactory regulatory framework that can later be “backed up” by a federal government policy statement.

So far, the industry has managed to justify its operations because it’s the new kid on the block. For now, BNPLs can effectively run as unsecured loan books operating outside the scope of financial regulation. This “light touch” regulatory approach from the federal government may change if the Square takeover goes through, though.

The consumer groups are most concerned by companies such as Afterpay that operate without credit checks. Many BNPLs do not check credit scores but instead have a cap on late fees and prevent a consumer from further spending after they miss a payment.

ASIC highlighted the danger of these services at the end of last year, saying one in five customers missed payments in 2018-2019. Of these customers, 67 per cent were under the age of 35. Despite this, ASIC did not go as far as recommending they be subject to the same regulations as credit card companies.

Buy now pay later services are allowed, by the Reserve Bank of Australia, to stop their merchants from imposing a surcharge on consumers that would cover the 4-6 per cent fee they charge merchants. Credit card companies, which impose a far lower fee on merchants, are more regulated and cannot do the same. The RBA says it will review this decision as the BNPL industry continues to grow, but this process has been delayed due to the COVID-19 pandemic. 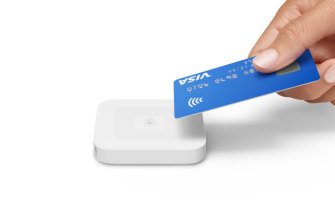 You’ve probably been using Square without even knowing it. Owned by Twitter founder Jack Dorsey and valued at $US129 billion ($174 billion), Square is the financial payments’ behemoth responsible for those little white payment readers cropping up at your local coffee shop or newsagent. These readers accept cards as well contactless cards (such as Apple Pay) where you hover your phone over the payment device. Dorsey was inspired to start Square in 2009 with his friend Jim McKelvey, who had complained he was unable to sell household items because he couldn’t accept a credit card.

Square also owns Cash App, a mobile payment service used by 70 million active customers where users transfer money to one another via their phones, without the need for a bank account.

At the moment, more than 85 per cent of revenue generated by Square’s seller ecosystem is driven by the US. However, Australia is Square’s biggest market outside the US, largely used by small businesses. Its set-up costs are comparatively low, although it does charge higher operation fees than the big four banks or domestic counterparts. Despite the fees, Square’s Australian uptake has been growing at an average rate of 92 per cent annually since 2016.

The history-making acquisition hinges on Treasurer Josh Frydenberg’s acceptance but for him to sign off, the Foreign Investment Review Board will have to approve it.

For Square, Afterpay is the missing link. The takeover would encourage Afterpay’s 98,000 merchants to adopt Square’s payment processing platforms as well as facilitate a relationship with some of Afterpay’s big clients such as Amazon.

If the deal is approved, Afterpay’s global footprint would grow exponentially, and it would be able to be integrated into Square’s many merchant checkout systems.

After the aquisition, Square’s Cash App would likely be integrated with Afterpay Money. This would mean Afterpay users would go from just being able to pay for things in instalments to shopping across stores, send money to peers, and invest in stocks from a single app.

Square’s Afterpay acquisition would give shareholders the choice between receiving shares in Square listed locally on the ASX or on the New York Stock Exchange. If it were to go ahead, Square would instantly become one of the top 20 companies listed on the Australian Securities Exchange.

For now, shareholders hold their breaths as they wait for Frydenberg to weigh up what the buy now, pay later acquisition could do for the Australian economy. He’ll be armed with analysis from the Foreign Investment Review Board as well as the considerations of Australian Competition and Consumer Commission (ACCC) chairman Rodd Sims.