The tightening squeeze in retail and construction has overwhelmed benefits from tax cuts for small businesses and startups, with failures of Australian businesses increasing 12.7 per cent last financial year.

Data provided exclusively to Fairfax Media by data registry and analytics business Illion (formerly Dun & Bradstreet) shows the pace of failures rose sharply during the final three months of the financial year. A total of 250,242 entities were deregistered from the Australian Securities and Investments Commission by June 30. 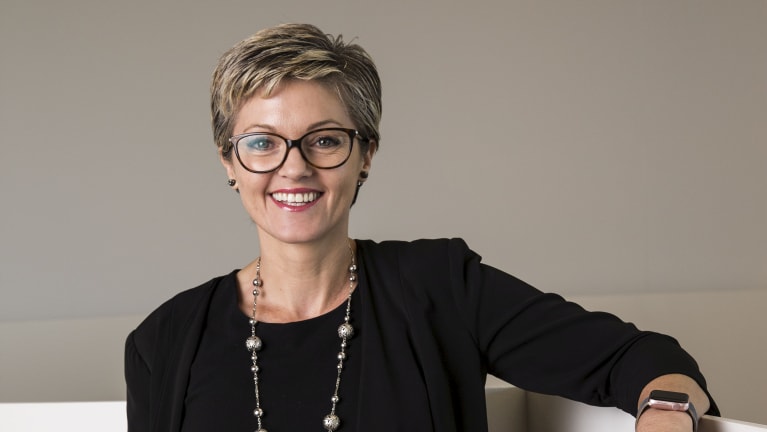 Tania Walter of Obzervr at a Springboard Event in Sydney earlier this year.

The majority of these were small businesses, with 86.9 per cent of failures in the past financial year businesses having fewer than 20 employees. The number of startups launching is also down 2.7 per cent year-on-year, with many struggling to obtain finance.

Tania Walter, founder of mining and resources productivity platform Obzervr, has been able to raise funds in the tight market but says it is tough for startups as there is greater competition for finance.

"Everybody wants to do a startup these days. People realise it is a possible career path for them," she says. "I think that creates a much bigger market for startups, and in terms of supply and demand there are more startups and that bucket of funding from angels and seed funding has to go further."

Obzervr was able to raise $1 million to fund its growth but Walter says startups that are female led face particular challenges.

"The impact of unconscious bias was around my ability to be able to execute on this business, and they undervalued me constantly, even the female investors," she says.  "The biggest break I had was finding one sponsor who was a man and said, ‘My girl, I am going to raise you money. He dragged me through his networks."

Obzervr turned over $500,000 last year and Walter says she is now focused on global expansion.

"Funding is not the only thing that startups need," she says. "The funding in itself is not sufficient it is guiding it is mentorship, it is direction, it is focus. I have the people around me with the right investors to get the right advice to grow a global business."

"It likely reflects sectors under pressure including in retail and construction," he says. "At a time when interest rates are at record lows, it presents a risk to the economy if the trend continues.”

The spike in business failures in the final quarter of this year comes as uncertainty over company tax cuts continues.

The data shows startups were marginally weaker in the fourth quarter compared to a year earlier, the third year in a row of falls in that quarter.

"While the economy is not weak at present, the apparent softness in startups may reflect a growing difficulty obtaining finance as banks react to a range of influences on their attitude to risk," he says. "Given the decline in house prices, credit growth among startups is likely to have been restricted as a result of small business loans being secured against housing.”

With registration of new startups down 2.7 per cent compared with 2017 the Illion analysis found a lot of variance between the regions, with NSW, typically the engine room for startups in terms of sheer volume, seeing the annual number of newly registered businesses fall 6.1 per cent.

This was the second-largest decrease, second to Queensland’s 6.8 per cent annual fall.

Meanwhile, Western Australia appears to be emerging from a sustained period of lacklustre business growth, with new business registrations rising 25 per cent year-on-year.