Digital World Acquisition Corp. — the special purpose acquisition company (SPAC) that has agreed to merge with Trump Media & Technology Group — said in a regulatory filing Monday that its board members have received subpoenas from a federal grand jury in the Southern District of New York related to due diligence regarding the deal. 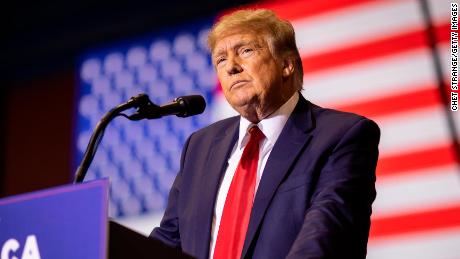 Shares of the blank-check company plunged nearly 10% on the news Monday. The stock has now lost more than half its value this year, adding to doubts about the merger going through.

Digital World also announced in the SEC filing that one of its directors, Bruce Garelick, informed the company that he was resigning effective June 22.

The company said Garelick’s resignation was not the result of any disagreement with Digital World’s operations, policies or practices.” Yet the filing also said the subpoenas sought information regarding “communications with or about multiple individuals, and information regarding Rocket One Capital” — a Miami-based venture firm where Garelick is chief strategy officer.
Trump Media & Technology Group (TMTG) owns Truth Social, the Twitter-like app that Trump now uses following his ban from Twitter (TWTR) and Facebook (FB) in January 2021 after the violence at the Capitol. 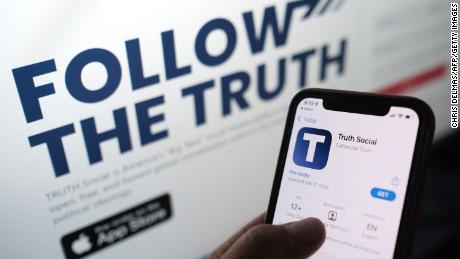 The company said in a statement Monday that “TMTG is focused on reclaiming the American people’s right to free expression. Every day, our team works tirelessly to sustain Truth Social’s rapid growth, onboard new users, and add new features.”
TMTG added that “we encourage — and will cooperate with — oversight that supports the SEC’s important mission of protecting retail investors.”
Source: Read Full Article