Twitter, Inc. (TWTR) shares fell more than 8% on Monday after The Washington Post reported that the social media platform is suspending more than a million accounts per day to curb spam. With more than 70 million accounts suspended in May, some analysts are concerned that the move could hurt Twitter’s user growth rates and dampen investor sentiment on the stock. The company could even announce a drop in monthly users during its second quarter report.

Twitter’s promotion of civility and safety is widely seen as a positive development, but the pace of suspensions calls into question the company’s estimate that less than 5% of its user base is involved with spam or is fake. Some experts believe that the real figure could be much higher, which could lead to longer-term pressure on the company to maintain its previous user growth rates. (See also: How Twitter and Square Burned Short Sellers.) 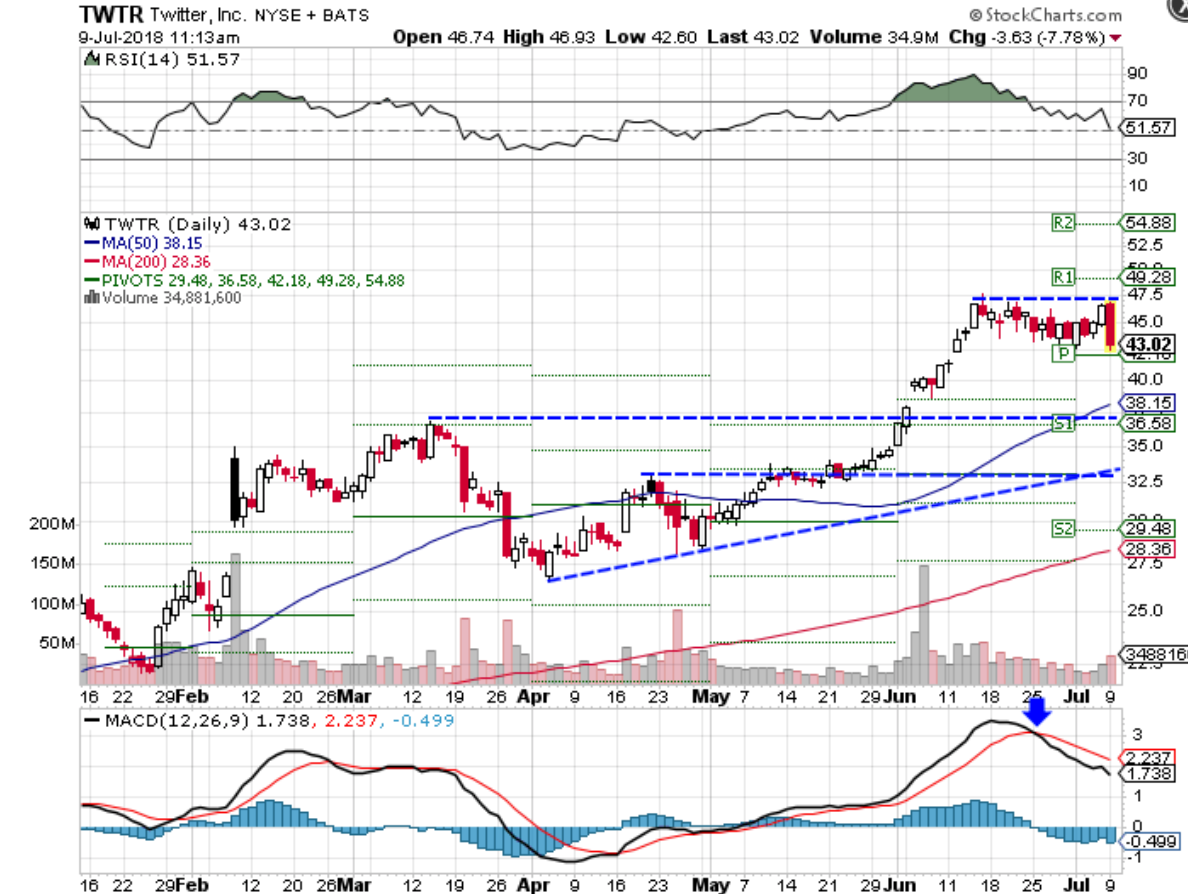 From a technical standpoint, the stock moved off of its highs at around $47.50 to test its reaction lows and pivot point support at around $42.18 after a long period of consolidation. The relative strength index (RSI) appears neutral with a reading of 51.57, but the moving average convergence divergence (MACD) experienced a bearish crossover in late June that could signal the start of a prolonged downtrend.

[To learn more about supplemental technical indicators such as the RSI and the MACD, check out Chapter 4 of the Technical Analysis course on the Investopedia Academy.]

Traders should watch for a breakdown from pivot point support to the 50-day moving average at $38.15 or trendline and S1 support levels at around $36.58. If the stock rebounds from these levels, traders should watch for a move higher to retest resistance at around $47.50, R1 resistance at $49.28 or R2 resistance at $54.88. The bearish scenario appears more likely, however, given the negative news and benign technical sentiment. (For more, see: 5 Hot Stocks Vulnerable to Steep Declines.)

Chart courtesy of StockCharts.com. The author holds no position in the stock(s) mentioned except through passively managed index funds.