Home » Markets » Varney on Trump rally protests: 'This is the United States, we don't surrender to intimidation' 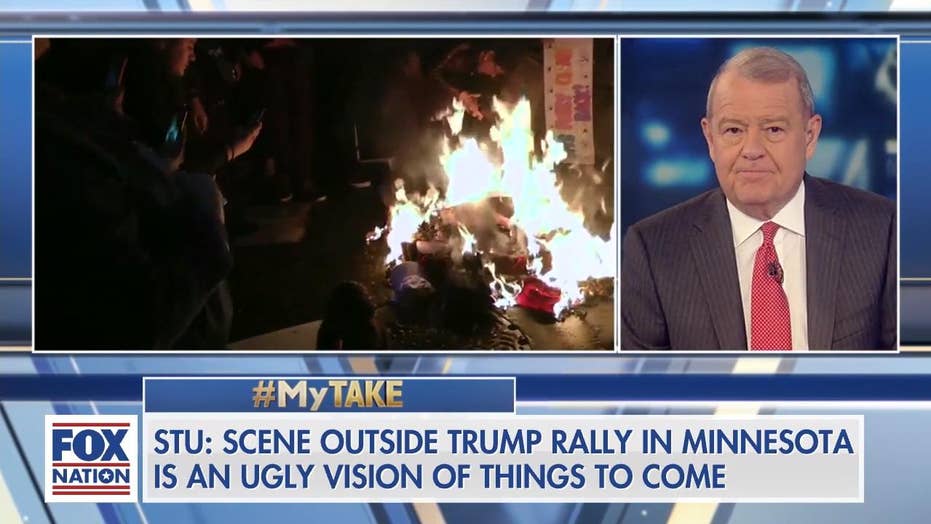 Varney on Trump rally protests: ‘This is the United States, we don’t surrender to intimidation

Fox Business host Stuart Varney warned everyday citizens not to succumb to intimidation on his Fox Nation show "My Take," after a raucous crowd of protesters gathered outside President Trump's Minneapolis rally on Thursday night.

"Intimidation is the name of the Left's game," said Varney. " … It's what you're going to see right straight through to the election."

"It's the most ridiculous thing I saw on TV today," Scott told guest host Jason Chaffetz on Fox News' "The Ingraham Angle." "Watching this situation in Minnesota just sickens me to my stomach," he added.

During the rally, President Trump unloaded on Joe Biden and his son Hunter Biden over their Ukrainian business dealings – at one point bringing the crowd to its feet by charging that Biden's only useful trait as vice president was his ability to kiss up to Barack Obama.

"It was the counterpunch we've come to expect from a president goaded by weeks of insult," said Varney, reacting to Trump's remarks.

Reiterating his point, Varney praised the president for "not backing off one inch" despite the intimidation tactics, and urged Trump-supporting Americans to follow suit.

"So here we have the Trump haters who will do just about anything to intimidate Trump supporters and a president who won't back off one inch as he makes his case and pounds his opponents," said Varney.

"Nobody should surrender to intimidation, this is the United States of America," Varney concluded. " … Not Russia, not China … free speech for everyone," he said.

To see Stuart Varney's full remarks on  "My Take", and for more episodes of his daily commentary, visit Fox Nation and join today.