It was early 2017 and behind the scenes at Australia’s largest bank, senior staff and lawyers were hard at work devising a secret communications strategy.

The financial intelligence agency AUSTRAC had been sending notices to the Commonwealth Bank, requesting more information about the bank’s discovery that more than 53,000 large cash deposits in its ATMs had not been reported to the regulator, as was required by anti-money laundering and counterterrorism laws. 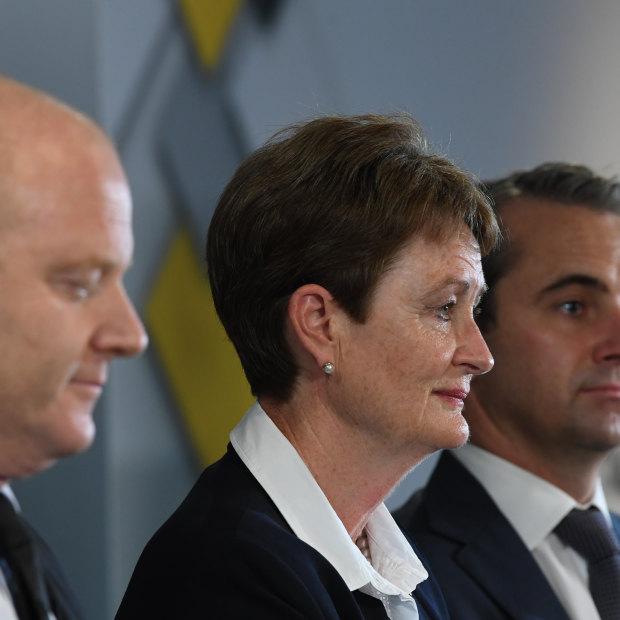 As the bank’s former chief executive Ian Narev told a court this week, CBA was concerned about the way the issue would be handled if it hit the media, “particularly given the general environment around banks at the time”.

“I think it is important to understand … if any of these scenarios were to eventuate, the goal of this sort of work is that, as decisions are being made, we’re not starting from scratch.”

Months after CBA began preparing, one of the worst scenarios predicted by Project Concord – the name given to the work being done by the bank to manage anti-money laundering breaches – came to pass.

At lunchtime on August 3, 2017, AUSTRAC announced it would file a lawsuit against CBA. Though it had cracked down on Tabcorp for breaching anti-money laundering and counterterrorism financing laws, this was the first time AUSTRAC had moved against a bank, and it sent shockwaves through the financial services sector.

CBA eventually agreed to pay a record $700 million fine to settle the case, the biggest civil penalty imposed in Australian history at the time. AUSTRAC had managed to send a clear message to other companies of what was at stake.

For the past few weeks in a Sydney courtroom, a blow-by-blow account of one of the country’s biggest corporate scandals has been played out before judge David Yates, providing a picture of the inner workings of one of Australia’s largest financial institutions as it was rocked by an ugly episode.

This week, Narev spent almost three days being taken through dozens of confidential reports, briefing papers, internal audits and emails as he gave evidence as part of a class action brought by shareholders who lost money when the bank’s share price fell after AUSTRAC’s announcement.

The shareholders say CBA knew about the non-compliance several years before the announcement, and it should have disclosed that information to the ASX. But the bank argues that when it first became aware of the breaches, it did not know that AUSTRAC would launch a lawsuit, and there was no price sensitive information that required disclosure to the market.

‘Very important to me at the time’

Ian Narev became boss of the Commonwealth Bank in December 2011, moving from the head of business and private banking into the chief executive role. Almost immediately, the court was told this week, he was made aware of issues with CBA’s anti-money laundering and counterterrorism processes.

It was a time when global regulators, including AUSTRAC, were paying increasing attention to these issues: in 2012, HSBC had agreed to pay a $US1.9 billion fine after it failed to guard against money laundering that benefitted Mexican drug cartels, and Standard Chartered paid $340 million in 2012 after carrying out transactions for Iran in violation of US sanctions.

Narev told the court he was aware right from the start of his CEO tenure that AUSTRAC was taking increasing interest and a more active role in anti-money laundering regulation.

In late 2013, an internal audit of CBA’s anti-money laundering framework came back with a “red” rating, indicating significant concerns that needed immediate attention from senior executives.

Narev acknowledged the picture painted by the audit was unsatisfactory, but said this week that he’d been told that overall, the framework covered all key requirements of the regime.

“I recall being told by the audit team that the overall framework, and it is in the report, was sufficient, that was something that was very important to me at the time,” he said this week.

But by February 2014, AUSTRAC had expressed concern about the audit, the court heard. It requested monthly meetings and reporting and a close monitoring of progress. PwC was engaged to conduct high-level review of root causes and make recommendations. The report from PwC also found a raft of issues with CBA’s anti-money laundering and counter-terrorism processes.

Despite these issues, Narev says, at the time, he was confident the bank was working to fix them, with several remediation initiatives under way. He met with then head of AUSTRAC, he told the court, who he recalled had provided “very positive and constructive feedback generally… to the set of issues”.

“The one thing a CEO can uniquely do with the head of another institution is form an overall … view of the bank. I saw that as an extremely important part of my role and important in subsequent years,” said Narev.

But by May 2015, another internal anti-money laundering audit report received a red rating. In July, AUSTRAC told CBA executives they had serious concerns about the latest audit, and, according to a file note of the meeting, it was considering if enforcement action would be necessary.

‘We need to take this extremely seriously’

It was in late 2015 that the full scale of the bank’s potential breach came to light.

More than 53,000 cash transactions of over $10,000 made their way through intelligence deposit machines – a type of ATM that allows anonymous cash deposits – had not been reported to AUSTRAC over a period of more than two years.

The court heard internal emails between Narev and Matt Comyn, who was head of the retail bank at the time and is now the chief executive, discussing the discovery.

“It goes without saying we need to take this extremely seriously,” Narev wrote on September 6, 2015. “I have let [chief risk officer] Alden [Toevs] know he should personally be in touch with AUSTRAC about this and offer up a discussion with me. We need to adopt a similarly senior posture with AFP.” 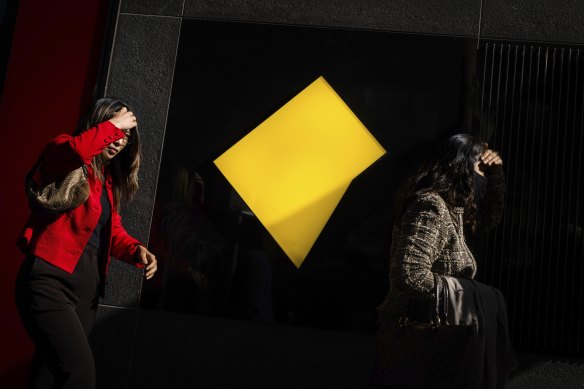 CBA settled the case for $700 million in 2018.Credit:Paul Jeffers

In his affidavit submitted to the court for the trial, Narev said that at the time of learning about the issue, it appeared to him that the immediate cause of the issue had been identified, a remedial program was under way and the transaction reporting issue warranted investigation.

“The depiction of the issue,” questioned Jeremy Stoljar, SC, the lawyer for the plaintiffs, “is a form of damage control, I put to you. You are minimising the significance of the issue”.

“Years after the event, you have sought to depict a reaction that is simply at odds with contemporaneous documents. What do you say to that?”

“I strongly disagree with you,” Narev replied.

On August 3, 2017, AUSTRAC announced it had filed civil proceedings in the Federal Court for systemic non-compliance by CBA.

Inside CBA, the action wasn’t completely unexpected. More than a year prior, it had received a notice from AUSTRAC under the anti-money laundering and counter-terrorism act requesting further information and documents. The bank had never received this kind of notice before. Another arrived in September, and a third in October.

“It was clear to me at that point … there was likely to be some enforcement action,” Narev said on Tuesday.

What did surprise Narev, however, was the way in which AUSTRAC delivered the news. Despite an expectation that the bank would get advance notice from AUSTRAC, Narev says he received a call from the regulator 15 minutes before it put out a media release and filed court action.

“This is exactly what you said you would not to,” Narev says he told AUSTRAC’s deputy CEO.

Narev then texted the chair of the bank, and informed the board.

“AUSTRAC’s claims seem exactly as expected,” he wrote in an email to the board. “I wanted you to know immediately since it will get immediate media attention.”

While the view inside the bank had been that the conduct amounted to a single contravention, resulting in a possible fine of $18 million, AUSTRAC alleged the bank had breached the act 53,750 times.

CBA settled the case for $700 million in 2018. In the days following the announcement from AUSTRAC, Narev announced he would be resigning the following year (he is now the chief executive of SEEK). Within months, a royal commission into the financial services was called after successive scandals rocked the banking sector.

Five years on, the current class action, which is expected to go for several more weeks, is revisiting an ugly chapter for CBA that it would rather forget.