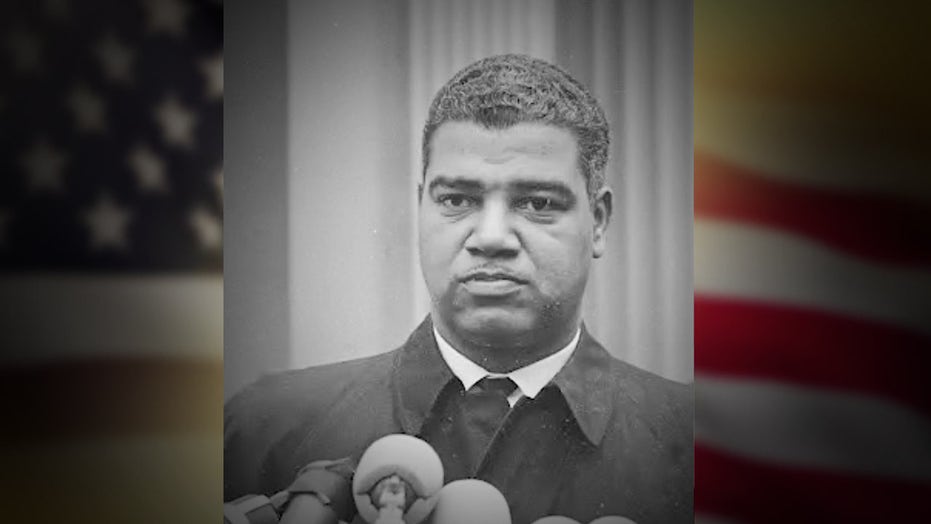 Whitney Young Jr. may not be as well-known as some of the towering figures of the civil rights movement, but he had just as much impact, if not more.

While the 1960s raged with unrest, riots and protests, Young, as head of the National Urban League, took the battle to corporate boardrooms and civic meetings. He was one of the era’s unsung heroes: a bridge builder.

In an interview with Fox News as part of Black History Month, Cantarella talked about how her father worked with former President Lyndon B. Johnson crafting the War on Poverty bill. It was like two buddies getting together.

“I’m absolutely sure that he sat with Lyndon Johnson, they told a couple of jokes. They had a shot of bourbon. And they did the work,” she said.

Young’s legacy lives on in his daughter. Cantarella is a corporate executive who later became an associate dean at Princeton University.

She considers herself fortunate being born into a family where the focus was always on excellence and high achievement. It’s a philosophy Young worked to disperse throughout the entire Black community from the very beginning.

SELMA’S ‘BLOODY SUNDAY’: WHAT TO KNOW ABOUT THE MARCH FOR CIVIL RIGHTS

Cantarella, one of Young’s two daughters, was born in Minneapolis where her father honed his skills as a powerbroker. Hubert Humphrey was then the mayor of Minneapolis and would later become vice president under Johnson. Young led the local Urban League in the city and as an example of how he preferred a quiet factual approach to change, he studied foot the traffic of African Americans in the major department store. He presented a cost-benefit analysis to store executives.

“He pointed out that if you added more sales staff [of color], you could have … this many more customers coming in. And they did. And that was the kind of strategy that he then used throughout his career,” Cantarella said.

While the Urban League helped many Black Americans enter the corporate world, it was a community effort designed for optimum success.

“The Urban League board was always made up of two,” said Cantarella, “co-led by a Black person from the community, a person who had influence … and a White executive, because that’s where the money was going to come from.”

ROSA PARKS: WHAT TO KNOW ABOUT THE ‘MOTHER OF THE CIVIL RIGHTS MOVEMENT’

The family legacy, though, really starts with Cantarella’s grandfather, Whitney Young Sr. He ran the Lincoln Institute in Kentucky, a school funded by White philanthropists to help African Americans be better cooks, porters, maids and nannies.

But unbeknownst to his benefactors, Young Sr. molded the school into a college-prep program for his children and thousands of others.

The family tree of relatives and friends is now filled with branches of corporate executives, academic professors and other high achievers, like Cantarella’s aunts, Dr. Eleanor Young, the first Black dean at the University of Louisville, and Dr. Arnita Boswell, a professor at the University of Chicago and trained pilot; and family friend, Harvey Russell, the first Black vice president of a major corporation, PepsiCo.

That level of excellence Cantarella also passed on to her students. She ran an academic enhancement program at New York University and wrote a book on navigating higher education called, “I Can Finish College: The Overcome Any Obstacle and Get Your Degree Guide”.

Opal Bennett was one of Cantarella’s students.

“It really set a template to expect the best to be within your reach,” she said about working with her mentor.

That “no excuses” mindset helped Bennett go on to get a law degree and then become a documentary film producer.

“From the work that they did. We were able to, walk on the advances that they made in society,” she said.

Education was and continues to be part of the Whitney Young Jr. legacy. There are today at least 13 college scholarships honoring his name throughout the United States.