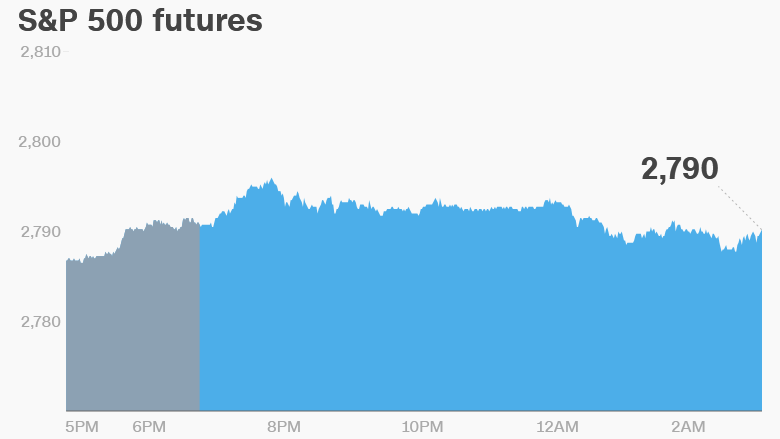 1. Rebound in Hong Kong: Xiaomi’s second day as a public company is going a lot better than its first.

Shares in the Chinese smartphone maker jumped as much as 15% in afternoon trading in Hong Kong on Tuesday. The gain follows a weak debut on Monday when its shares lost as much as 5.9% before ending the day down about 1%.

2. Trump in Europe: US President Donald Trump is heading to Brussels, Belgium, for the first stop of his European tour.

The trip includes a NATO summit, a meeting with Queen Elizabeth II in the United Kingdom and a sit-down with Russian leader Vladimir Putin in Finland.

Many European leaders have been vocal about their opposition to various Trump policies, including his decision to impose tariffs on steel and aluminum imports.

Switzerland on Tuesday became the latest country to file a complaint over the tariffs with the World Trade Organization.

US stock futures were indicating modest gains at the open. European markets advanced in early trade and most Asian markets ended the day with gains.

4. Earnings: Pepsi (PEP) will release its earnings report before the opening bell.

5. Pound watch: The resignation of two UK government ministers has put the British pound in the spotlight.

The currency weakened significantly on Monday after Foreign Secretary Boris Johnson announced his resignation over a new “business-friendly” Brexit plan from Prime Minister Theresa May.

The pound has since recovered some of its lost ground to trade at $1.33. The benchmark FTSE 100 edged lower on Tuesday.