NEW YORK (Reuters) – The yen rose on Tuesday as traders favored the safe-haven currency after the United States announced it was considering tariffs on $11 billion (8.4 billion pounds) of European goods and the International Monetary Fund downgraded its outlook on the global economy. 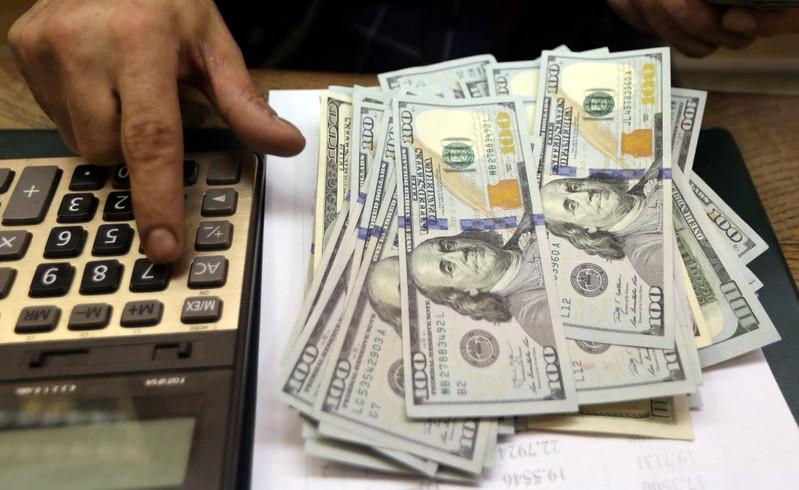 These factors weighed on market sentiment, spurring selling on Wall Street and touching off a partial reversal of earlier gains in oil prices. The pull back in crude and other commodity prices cut into the initial gains of the Canadian and Australian dollar as well as emerging currencies.

On Monday, the U.S. Trade Representative proposed a list of European Union products ranging from large commercial aircraft and parts to dairy products and wine on which to slap tariffs as retaliation for European aircraft subsidies.

The IMF on Tuesday cut its global growth forecasts for 2019 to 3.3%, the slowest expansion since 2016 and from its earlier projection of 3.5% in January.

(For a graphic on IMF growth forecast, see – tmsnrt.rs/2I5I1XD)

While the IMF reduced its calls on expansion for both Europe and the United States, the euro held its modest gains versus the dollar, last up 0.15% at $1.1276.

“Lots of negativity is already baked into the euro. Today’s developments, while not encouraging, didn’t meaningfully add to the bloc’s weak narrative,” Manimbo said.

The latest IMF forecasts, together with the retreat in oil prices, put pressure on the Australian and Canadian dollars. Both countries are big commodities producers.

For a graphic on Canadian dollar, see – tmsnrt.rs/2WZYpfF

For a graphic on Australian dollar, see – tmsnrt.rs/2VwqZ85

Meanwhile, sterling was down 0.06% at $1.3055 after a German government spokesman denied a media report that Chancellor Angela Merkel was open to put a time limit on the Northern Ireland backstop in a Brexit agreement.