A witness who used Facebook to organize a bus trip in support of former President Donald Trump’s efforts to overturn the results of the 2020 election gave up the names of two passengers after they delayed the group’s return to Pennsylvania and one bragged about illegally entering the U.S. Capitol.

Mark Roderick Aungst and Tammy Bronsburg (aka Tammy Butry) are charged with entering a restricted building without lawful authority with intent to impede the orderly conduct of government business and engaging in disorderly or disruptive conduct during a session of Congress.

The pair were part of a bus trip that took 55 Trump supporters to nation’s capital on Jan. 6. Authorities spoke with the unnamed organizer of that trip, who was friends with a retired law enforcement officer, about Aungst and Butry. The Trump bus organizer, who is referred to as Witness-1 in an affidavit by FBI Special Agent Josh Miller, said that Aungst was the last person to join the bus trip because he was on standby, while Butry “delayed the bus’s departure from Pennsylvania because she had been waiting at a McDonald’s in Williamsport, Pennsylvania, but the bus’s pickup location was at a McDonald’s in Lewisburg, Pennsylvania.” 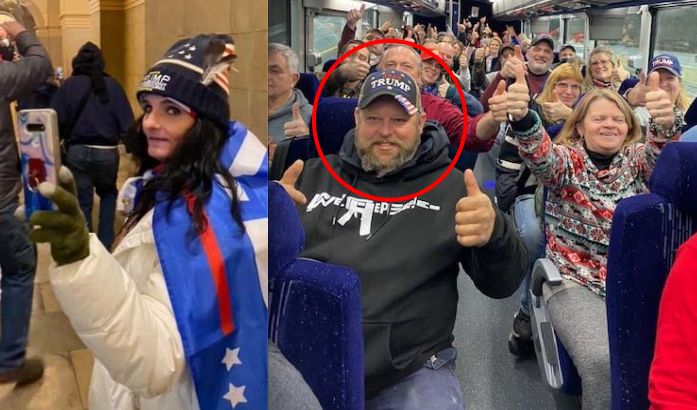 Things didn’t go so great on the return trip, either, according to the affadavit.

“Witness-1 informed the retired law enforcement officer that AUNGST and BUTRY delayed the bus’s departure from Washington, D.C. after the rally back to Pennsylvania by approximately one hour,” the affidavit states. “Witness-1 said that AUNGST and BUTRY were the last two trip participants to return to the bus. Witness-1 stated that several of the bus occupants later informed him they overheard AUNGST bragging about being inside the U.S. Capitol after President Trump’s speech.”

Read the FBI affidavit below.