Nine of New York Gov. Andrew Cuomo’s top health officials have left their posts or retired in the past several months as Cuomo takes heat for his coronavirus vaccine rollout plan that was designed with help from hospital executives, The New York Times reported on Monday.

That includes Elizabeth Dufort, medical director of the division of epidemiology, Jill Taylor, director of Wadsworth laboratory where scientists detect virus variants, the director of the state bureau of communicable disease control and the official in charge of health data, according to state records analyzed by The New York Times.

Instead of getting to help design coronavirus policies, state health officials often learned of new policies through Cuomo’s news conferences, according to The New York Times. 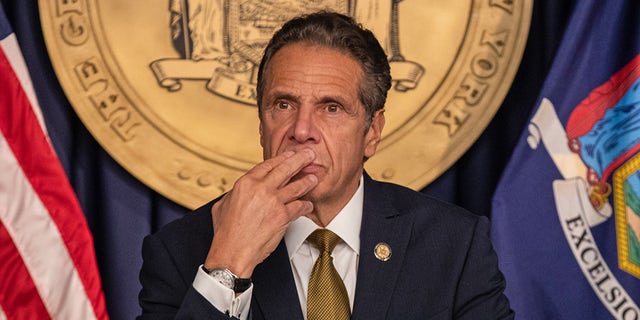 Meanwhile, Cuomo downplayed the importance of experts and crafted his own coronavirus vaccine rollout instead of using a plan top state health officials were working on that grew out of “years of preparations at the local level,” according to The New York Times.

“The governor’s approach in the beginning seemed to go against the grain in terms of what the philosophy was about how to do this,” Dr. Isaac Weisfuse, a former deputy commissioner at New York City’s Health Department, told The New York Times. “It did seem to negate 15 to 20 years of work.”

New York’s health commissioner, Howard Zucker, has been in his position since 2014 and appears with Cuomo at news conferences. Zucker told The New York Times that the pandemic, not Cuomo, is to blame as the state faces “an intense period of extraordinary stress and pressure and a different job than some signed onto.”

“The Times’s point is several staff left — true, and many others joined the agency with the talents necessary to confront this new challenge,” Zucker’s statement continued.

Approximately 43,000 New Yorkers have died of coronavirus, and it’s unknown if Cuomo’s plan would have performed better or worse than the local-centric plan, The New York Times reported.

“We put together an operation where we used all the levers at our disposal to as quickly as possible vaccinate as many people as possible,” Melissa DeRosa, the governor’s top aide, told the New York Times, “and it obviously worked since we’re now oversubscribed and out of vaccine.”

Fox News’ inquiry to Cuomo’s office was not immediately returned.