Angela Rayner savaged Boris Johnson and claimed that he had lied to the British public. Ms Rayner also claimed that the only reason the Prime Minister wanted to continue leading the country was to have a party in Chequers for his wedding with his wife Carrie Johnson. Due to Mr Johnson’s resignation, Labour and other Tory MPs have been pushing to take charge of the Government in order to tackle the ongoing issues many are facing with the cost of living crisis.

Speaking to BBC Radio 4 Today’s host Justin Webb, Ms Rayner said: “We will if the Conservatives don’t get their act together and get rid of Boris Johnson, you know, he’s got no confidence of his own party.

“He’s a proven liar who’s engulfed in sleaze and we can’t have another couple of months of this, you know.

“So they do have to get rid of him, and if they don’t, we will call a no-confidence vote because it’s pretty clear – he hasn’t got the confidence of the house or the British public.”

The admission prompted Mr Webb to ask: “Why would it be less chaotic under a caretaker?” 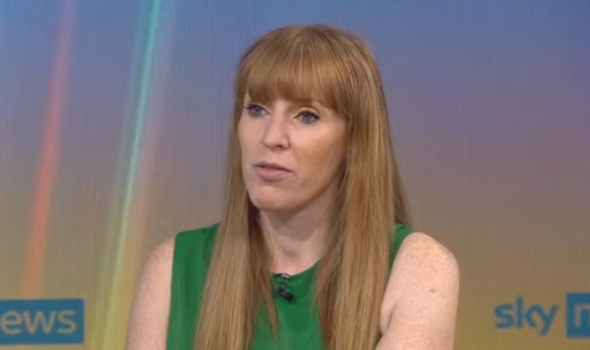 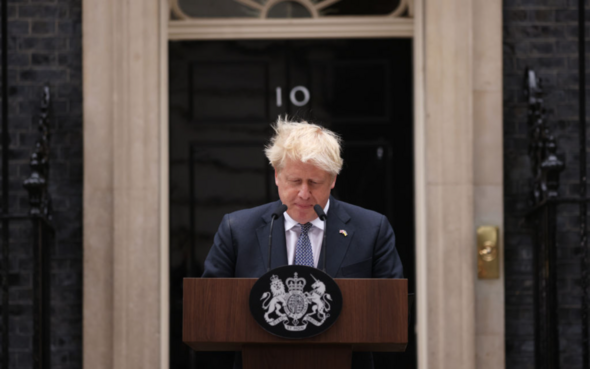 Ms Rayner said: “Well quite frankly, you couldn’t get much worse than Boris Johnson he’s been the worst Prime Minister in all history.

“He’s lied to the British public, he’s lost their confidence and we cannot trust what he says over the next few months.

“I mean, I’m told the reason he wants to stay on is because he wants to have a party in Chequers for his wedding.

Ms Rayner added: “I mean, that is not a reason for the Prime Minister to stay on in power”

“We need someone who is going to focus on the issues that people really care about.

“Like the fact that we’ve got this cost of living crisis, interest rates at record levels, and we’ve got more down the track coming up in October.

“And the Prime Minister just wants to carry on so he can party, I mean it’s extraordinary that he thinks he can.”

Now that Mr Johnson has announced stepping down as Prime Minister many MPs are pushing to take his place.

Sir Keir Starmer leader of the Labour party has echoed a similar sentiment as Ms Rayner, earlier this week he called for a snap election.

Labour has been claiming that they will act in the best interests of the country and bring a vote of no confidence.

Some of Mr Johnson’s now ex-ministers have also been announcing their bids to be the next Prime Minister. 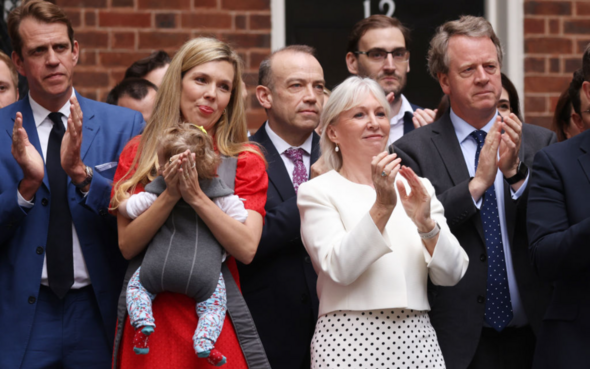 Some Tory MPs have been predicting Boris Johnson’s replacement will be elected by the end of August.

North West Leicestershire MP Andrew Bridgen discussed the likelihood of this with the Chair of the 1922 Committee Sir Graham Brady.

Mr Bridgen told PA: “I have spoken with Sir Graham Brady and urged him to truncate, wherever possible, the leadership election process.

“I think we will have two candidates out of the parliamentary party to present the membership before recess. And that will be no more than three or four weeks.

“So by the end of August, we will have a new leader of the Conservative Party.

“So Boris Johnson’s estimate that he’ll still be Prime Minister in October is wildly inaccurate.”