Villere &Co. partner and portfolio manager Sandy Villere on his outlook for the markets heading into 2021.

With control of the U.S. Senate on the line in Georgia’s two runoff elections, ad spending is skyrocketing.

In the seven weeks since the general election, the campaigns of the four candidates, the national political parties and outside groups such as super PACs have already shelled out roughly half a billion dollars to run spots or reserve time for TV commercials ahead of the Jan. 5 elections, according to two of the top national ad tracking firms.

“It’s unlike anything I’ve ever seen because it’s so sustained. Every week since Thanksgiving has been what the last week before a general election normally is,” veteran Georgia-based Republican consultant Chip Lake told FOX Business.

“What makes it so different is certainly the amount of money but also the sustainability. I’ve been in this business 25 years and I haven’t seen anything that remotely resembles it,” he emphasized.

Just over $512 million has been spent to run or reserve ad time in the runoffs, according to new data from Kantar Media’s Campaign Media Analysis Group (CMAG). And AdImpact put the figure at $499 million and counting as of Thursday morning. 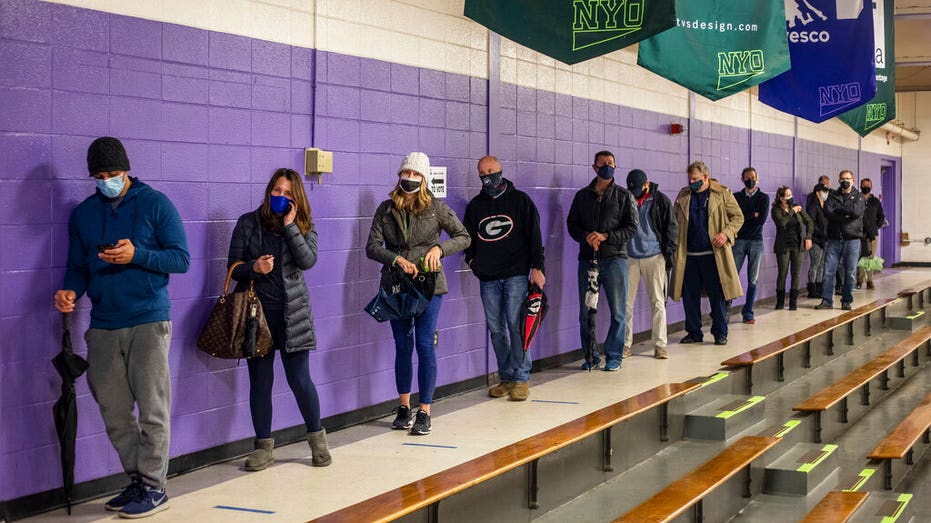 “As balance of power of the Senate rests with the Jan. 5 runoff results, total ad expenditures continue to push through historic thresholds, further indicating the overriding importance on the outcome of both races,” AdImpact vice president John Link told Fox News. “ We expect to see a last push over the next 12 days as we close out an election cycle that will be read about in history books."

IN GEORGIA RUNOFFS, IT'S SOCIALISM VS. CORONAVIRUS

While the campaigns of Democratic challengers Jon Ossoff and Raphael Warnock have outspent Republican Sens. David Perdue and Kelly Loeffler, Republican outside groups have dramatically outspent their Democratic counterparts. Do the math and the Republicans have a roughly $40 million spending advantage over the Democrats, according to AdImpact and Kantar/CMAG figures.

With the Georgia television stations already saturated, some of the commercials are now running in TV markets in neighboring states, such as Florida and Tennessee, that cover parts of the Peach State.

But how much is too much?

“I do think in many respects, we’ve hit the point of diminishing returns a long time ago,” Lake highlighted. “But that being said, if you’re responsible for winning these races, you can’t take that for granted.”

He noted, “You have to assume that every dollar spent can move people.”