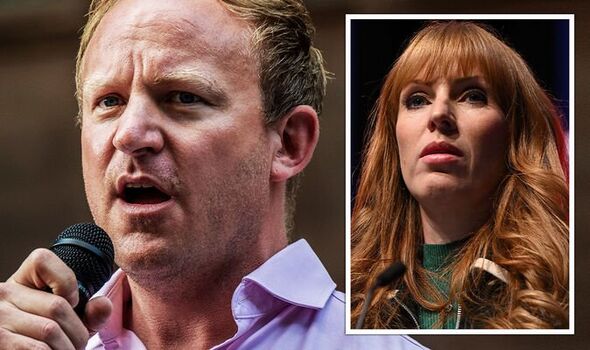 Angela Rayner’s boyfriend Sam Tarry has lost his bid to stand as a Labour MP at the next election.

Ms Tarry lost a vote to be the candidate for Ilford South after having served as the constituency’s MP since 2019.

He humiliatingly became the first Labour politician to be deselected by their local members in over a decade.

He said last night: “I’m incredibly disappointed in this result, mostly for all my committed volunteers and the wonderful people of Ilford South.

“I intend to issue a further statement tomorrow on the process and outcome.”

He lost his battle to remain the Ilford South candidate for the next election despite being endorsed by heavy-weight names including former leader Ed Miliband.

Instead, local members voted to be represented by Jas Athwal, the current leader of Redbridge Borough Council, at the ballot box.

The winning Labour representative had been backed by frontbencher West Streeting in his bid to become the Labour candidate.

Describing the backing from members as a “real honour”, Mr Athwal appeared to take a swipe at Mr Tarry for having been the area’s MP without a local connection.

He said: “Ilford is my home, it is where I live, went to school and where my children all went to school. It is the only place I would ever want to represent.

“Today means Ilford can focus on the future and ensure that Westminster delivers for Ilford, that Ilford gets the investment it needs and deserves.”

It is thought he will now look to find another area to represent at the next election.

Mr Tarry is a member of the Socialist Campaign Group of left-wing Labour MPs and was seen as an ally of Jeremy Corbyn.

His ousting is seen by many members as further proof Sir Keir Starmer has taken control of the party.

It is relatively rare for a sitting MP to be de-selected by their local members. The last time a Labour politician was ousted was in 2010.