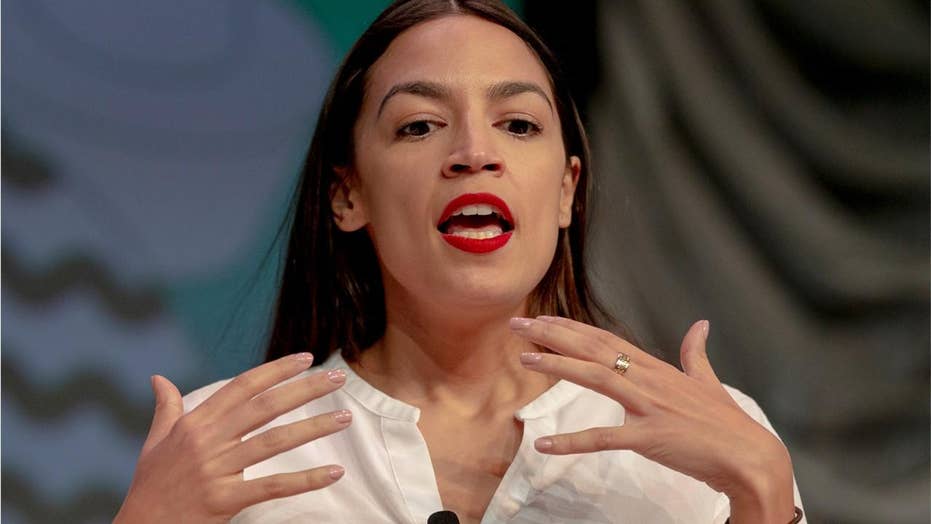 Rep. Alexandria Ocasio-Cortez criticized the Trump administration for “defunding Federal programs designed to fight the spread of white supremacist hate groups” in the wake of the horrific attacks in New Zealand.

At least 49 people were killed in mass shootings at two Christchurch mosques full of worshippers attending Friday prayers on what the prime minister called "one of New Zealand's darkest days."

One man was arrested and charged with murder in what appeared to be a carefully planned hate crime. Police also defused explosive devices in a car.

On Friday morning, Rep. Ocasio-Cortez, D-N.Y., responded to a tweet listing recent attacks believed to have been carried out by white supremacists.

She wrote: “All of these are terrorist incidents. We have a responsibility to understand how white supremacy + online radicalization works, because it is impacting our entire society.

Ocasio-Cortez’s tweet seemed to reference the Trump administration canceling Obama-era grants to two groups: “Life After Hate,” a program that helped people leave white supremacy groups, and University of North Carolina researchers looking to use the media to prevent young people from taking up such ideologies.

The Obama administration in its final days awarded 31 grants through the Homeland Security Department worth a total of about $10 million.

But funding for the grants was frozen by the Trump administration so applications could be reconsidered. Reports at the time claimed the White House was looking to focus the program more on fighting Islamic extremism instead of white supremacist groups.

A report from the Hill said: “When the administration finally released its revised list of grant recipients, funding was pulled for a total of 12 grant recipients — including $400,000 for a group called Life After Hate, which was one of the only original grant recipients focused on fighting far-right extremism.”

University of North Carolina researchers also lost their grant, which was worth a reported $900,000.