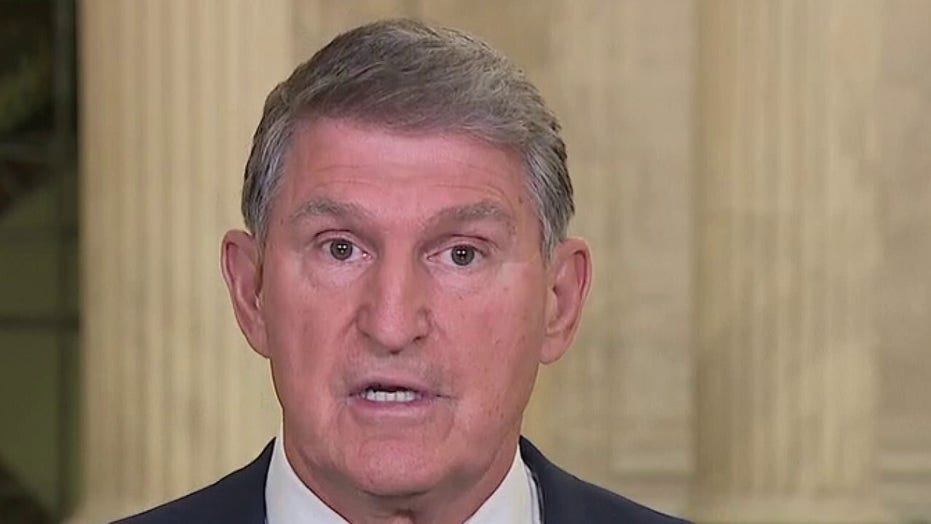 Rep. Alexandria Ocasio-Cortez, D-N.Y. fired a warning shot at Sen. Joe Manchin, D-W.V., as the moderate West Virginia Democrat continued to vow that he will block any "crazy socialist agenda" on Capitol Hill.

The stakes are high as the balance of power appears to be hanging on the results of two Georgia runoff elections in January that will determine if Republicans will maintain control of the Senate or if Democrats seize the chamber by a 50-50 margin with Vice President-elect Kamala Harris acting as the tiebreaking vote.

On Monday, Manchin made headlines on "Special Report" when he told Fox News anchor Bret Baier that he would "commit" to voting against ending the filibuster and packing the Supreme Court.

"This system, the Senate, this so unique body in the world. It was made to work together in a bipartisan way," Manchin explained. "And once you start breaking down those barriers, then you lose every reason that we are the institution that we are, the most deliberate body. So I want to lay those fears to rest that that won't happen because I will not be the 50th Democrat voting to end that filibuster or to basically stack the court."

Manchin reiterated his message on Twitter, attacking progressive ideas including the "defund the police" movement.

"Defund the police? Defund, my butt," the senator wrote Wednesday evening. "I'm a proud West Virginia Democrat. We are the party of working men and women. We want to protect Americans' jobs & healthcare. We do not have some crazy socialist agenda, and we do not believe in defunding the police."

That did not sit well with Ocasio-Cortez, a self-described democratic socialist, who fired back at Manchin with a photograph from President Trump's State of the Union address where the congresswoman is seen giving Manchin the death stare as he offered a standing ovation during the president's speech.

There has been mounting pressure from the progressive left on the Biden-Harris transition team regarding its appointees and to pursue an aggressive agenda.

Earlier this week, Ocasio-Cortez asked her over 10 million followers who they would pick in Biden's "dream cabinet."

Some names that were floated in the replies include Sen. Elizabeth Warren, D-Mass., as Treasury secretary; Sen. Bernie Sanders, I-Vt., as Labor secretary; Keith Ellison or Sally Yates as attorney general; Sen. Tammy Duckworth, D-Il., as VA secretary; and Julián Castro to return to his Obama-era post as HUD secretary. Andrew Yang was also a favorite.