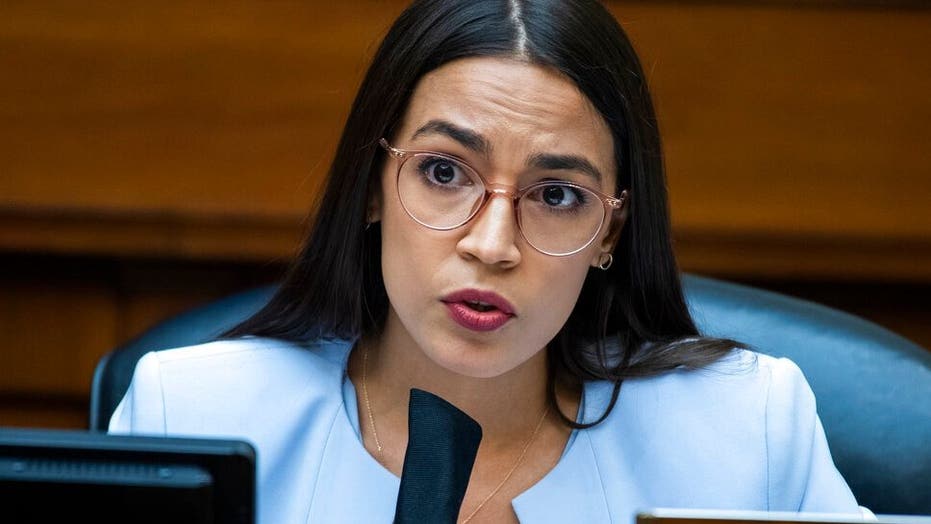 Rep. Alexandria Ocasio-Cortez, D-N.Y., said Thursday that many of those in Congress who were “suddenly horrified” about the situation at the southern border had helped cause the crisis in the first place.

She said the solution to the issue is to build up Health and Human Services facilities rather than Immigration and Customs Enforcement (ICE) and Customs and Border Protection (CBP) facilities. She also said the U.S. needed to solve “destabilization” in Latin America.

“A lot of people who are just now suddenly horrified at the dehumanizing conditions at our border are the same folks who dehumanize immigrants + helped build these cages in the 1st place,” the liberal firebrand wrote on Twitter. She added that both parties were to blame for upholding strict border policies.

“For all the new tears GOP have about the border, what are their policy solutions? A Muslim ban, racist policy, shutting down the border, & more cages,” the New York Democrat continued. “If you don’t want children in cages, then you need to stop upholding CBP, ICE, and the military as the solution to this crisis.”

“@AOC explains the real Dem position: abolish ICE. Full open borders. Which would make the #BidenBorderCrisis even worse. She says nothing else works,” Cruz said. “Really? Last year, we had the lowest illegal immigration IN 45 YEARS. This year, we have the highest in 20 years.”

Most side-by-side comparisons have avoided migration patterns of 2020, the height of the coronavirus pandemic.

According to CBP data, there were 547,816 apprehensions at the southern border in all of 2020. There were nearly a million in the previous year, prompting the Trump administration to take swift action to tighten restrictions at the border. In the first two months of 2021, there were over 178,000 apprehensions. Figures have not yet been released for March.

Ocasio-Cortez said a lot of politicians vote to grow detention centers while avoiding the root issue- “US foreign policy and interventionism that destabilizes regions, the climate crisis, and unjust economic policy.”

Ocasio-Cortez shot back with a personal attack on Cruz’s Cancun trip amid a massive Texas power outage. “Ted, this is pretty rich coming from someone who fled their own home (and responsibilities) during an environmental crisis to cross the border and seek refuge in Mexico.” the congresswoman wrote. “Also you funded cages, expanded cages, and yet you’re complaining about cages. You have no policy, just puff.”

“Maybe Mexico shouldn’t let YOU in the next time you try to run away from your job to sip umbrella drinks in Cancún,” Ocasio-Cortez said.