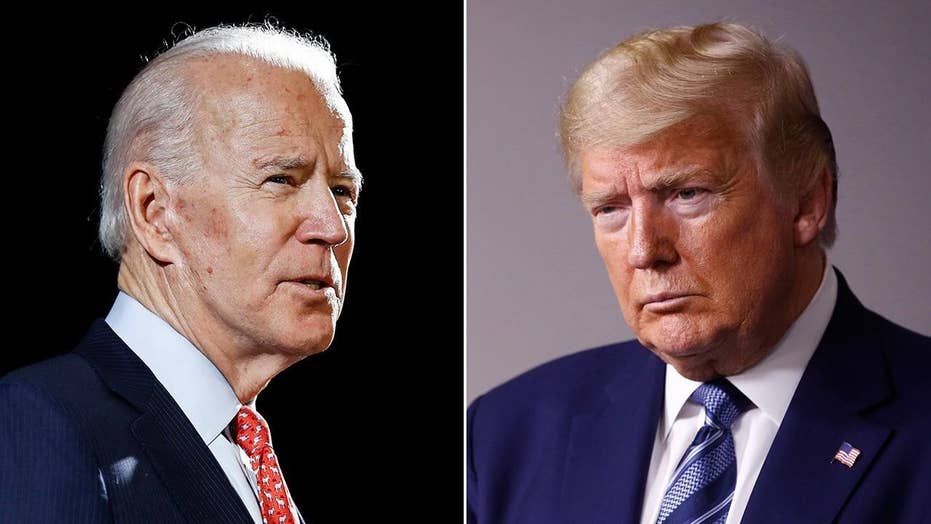 Martha MacCallum gets insight from Ed Rendell, former governor of Pennsylvania and former chair of the DNC, and Corey Lewandowski, senior adviser to the Trump campaign.

It’s been nearly a half-century since a Republican won Minnesota in the race for the White House. You have to go back to President Richard Nixon in 1972.

But after narrowly losing the state four years ago to 2016 Democratic nominee Hillary Clinton, President Trump is aiming to end the losing streak as he eyes Minnesota in hopes of turning it from blue to red this November.

On Friday, both the president and his Democratic challenger – former Vice President Joe Biden – are set to hold dueling rallies a few hours apart in the northern part of a state that has joined the list of general election battlegrounds. And the visits come on a crucial day, as early in-person and absentee voting gets underway in Minnesota.

Both the Democratic and Republican state parties were urging supporters to take advantage of early voting.

The president will hold an evening event at the airport in Bemidji, which is closer to the Canadian border than to the metropolitan area of the Twin Cities of Minneapolis and Saint Paul. Hours earlier, the Democratic presidential nominee will visit a union training center in Duluth, on the banks of Lake Superior and close to the border with Wisconsin, another crucial swing state up that’s up for grabs.

The stop by Trump is his second in the past month.

“I put tariffs on foreign steel and the Iron Range came roaring back to life,” Trump touted during a stop in Mankato, Minn., on Aug. 17,  as he pushed the point that mining operations in the Iron Range in the northeastern part of the state spiked after he slapped tariffs on steel and aluminum from overseas. The area produces much of the nation’s steel.

Once a reliably blue region, Trump overperformed in the rural mining districts in the 2016 election. And the Iron Range’s congressional seat was one of the few to flip from blue to red in 2018, during a Democratic surge that helped the party reclaim the majority in the House for Representatives for the first time in eight years.

“This president has the backs of the blue collar and middle-class worker,” claimed Rep. Pete Stauber, who represents the Iron Range in Congress, told reporters on Friday.

The congressman also pointed to the president’s emphasis on law and order this summer, following the protests and unrest in the Twin Cities that spread across the country – sparked by the May 25 death of George Floyd while in Minneapolis police custody – as a winning issue in his district.

Trump lost the state – and its 10 electoral votes – to Clinton by just under 45,000 votes, or less than 2 percentage points. For over a year, the president’s reelection team has been eying Minnesota, as well as Nevada and New Hampshire, two other states Trump narrowly last in 2016.

The president’s running mate, Vice President Mike Pence, will return to Minnesota next week, less than a month after he made a late August trip to Duluth to headline a “Workers for Trump” campaign event. During the stop, six local mayors from traditional Democratic strongholds backed Trump, arguing that Biden and the Democrats were out of touch with working-class voters in the Iron Range and small towns across America. 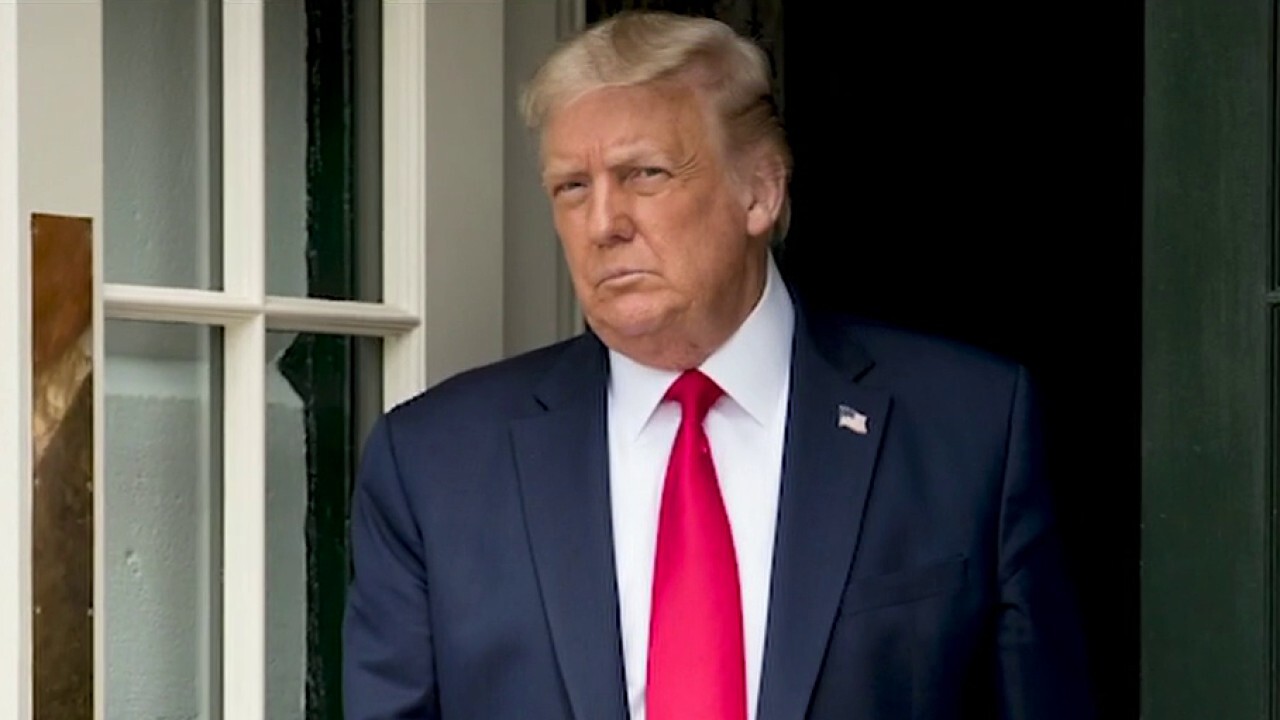 Ahead of his trip to Duluth, Biden put out a statement of support for the Iron Range and spotlighted endorsements by unions, including the United Steelworkers and the AFL-CIO.

The former vice president argued that “despite the economic recovery set in motion by the Obama-Biden Administration across the Iron Range, under President Trump, demand for Iron Range products has suffered. Steel shipments are down more than 25% nationwide from last year, mining operations have idled, and thousands of Rangers have lost their jobs, all while China produced the largest monthly volume of steel on record.”

While this is the first visit to Minnesota during the general election by either Biden or Democratic vice presidential nominee Sen. Kamala Harris, the Biden campaign has been carpeting the airwaves with TV commercials. The state is one of 10 battlegrounds where the Biden campaign is spending an eye-popping $65 million this week to run TV and digital ads.

Sen. Amy Klobuchar, Minnesota’s senior senator, has targeted the president for failing rural areas in her state and across America.

Klobuchar, a Biden rival during the Democratic presidential primaries who was briefly in consideration as his running mate, said earlier this month in a local TV interview that “there is a big story going on in rural America where they need some help and I think that why you’re going to see better and better numbers… for Joe Biden” in Minnesota.

But Republicans are optimistic that Trump may be able to flip the state this time around.

“The tide has been turning and continues to turn for the Trump campaign. I have Democrats who confidently tell me they think Trump can win this state,” Minnesota based GOP strategist and former state senator Amy Koch tells Fox News.

An average of the latest surveys compiled by Real Clear Politics shows Biden topping the president by a large 10.2 point margin. Koch, the first and only woman elected as the state senate majority leader in Minnesota, doesn’t believe the polls.

“While these public polls may say one thing, the internal teams are telling me their polls are much closer than the public ones,” she shared.

And Koch noted that “we’ve never had so many presidential and vice presidential visits ever in a campaign season. It just hasn’t happened in Minnesota. We’ve been a solid blue state since 1972.”

Bemidji – where Trump speaks on Friday – is the birthplace of the fictional Paul Bunyon. It’s located in Beltrami County, which Trump won in 2016 – becoming the first GOP presidential nominee to carry the county since George W. Bush in 2000.

But Minnesota’s much more than just the Iron Range and other northern parts of the state.

“The president hopes that there’s no apathy on his side and he keeps his supporters motivated and that somehow the Democrats aren’t motivated and that gives him the victory,” noted Minnesota based Democratic consultant Mike Erlandson.

But Erlandson, a former chair of the Minnesota Democratic-Farmer-Labor Party, emphasized that “I don’t get a sense that the bluer areas of the state, the Twin Cities, are apathetic.”

If Trump does pull off the upset and becomes the first Republican to carry the state in nearly 50 years in a presidential election, it would send shockwaves across the country. And it would likely signal victories by the president in other key battlegrounds.

That’s what the president’s hoping for. He predicted during his stop last month that Minnesota voters "will deliver a historic victory."

And Biden and Democrats are determined to prevent that from happening.