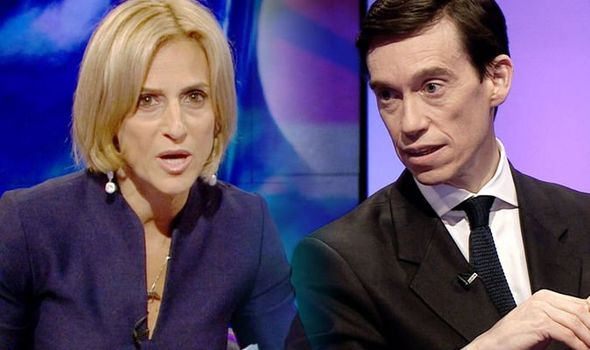 Mr Stewart had at the launch of his leadership said he could be instinctively in support of a Labour bill to stop a no deal Brexit, but later retracted his statement of support. He explained why to Ms Maitlis: “Because having read it, it turns out to be a motion, which might lead to a business motion, that might lead to an amendment, that might or might not stop no deal.” The International Development Secretary then reiterated his opposition to no deal which he described as “terrible” but said the best way to stop it “is to vote for a candidate who is against no deal”.

Ms Matlis interrupted to point out “but that’s what they all say, and you’re the one who stood up just hours ago and talked about compromise, now it looks like you’ve bottled it.”

Adding that Nick Boles was flying back to support the motion, she told Mr Stewart he would be “kicking himself” if no deal was not blocked and he didn’t back this motion.

No deal would see Britain revert to World Trade Organisation rules for trade with the EU and the re-introduction of border checks.

Mr Stewart then attacked Boris Johnson saying he had not outlined how he planned to leave the European Union with no deal. 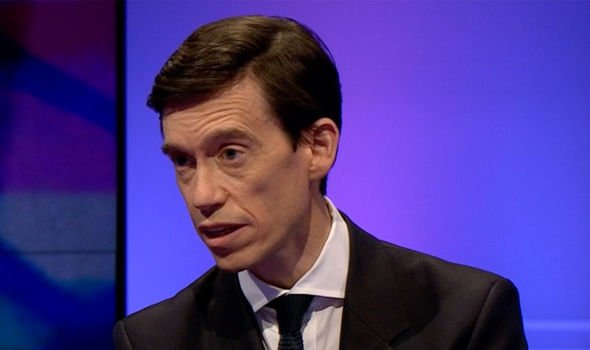 He described Dominic Raab’s plan to suspend Parliament to force it through as “obscene and undemocratic”.

He added that Mr Johnson “wouldn’t be able to” get no deal through due to Parliamentary opposition.

Ms Maitlis then asked Mr Stewart: “Isn’t the truth that you’re worried about being out of step with your own party?”

Mr Stewart admitted he did not always agree with the rest of the party on issues but it was important for him to change minds on no deal saying it “not a credible threat” and that “pushing” it forward would lead to “more delay and uncertainty”. 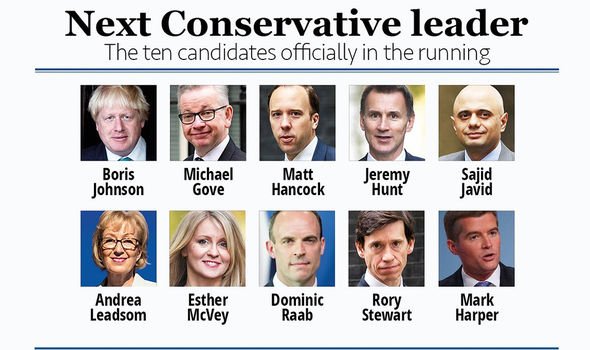 Mr Stewart said the sheep farmers in his Penrith and The Border constituency and British motoring would be damaged by no deal, and “we can get a much better deal by being economically close to Europe.

“We’re not a no deal country, we’re a yes country, why should we be a negative country?”

Ms Maitlis then reminded Mr Stewart of the results of the European elections, in which the Tories were torn apart by The Brexit Party and pro-Remain Liberal Democrats attracting voters on both sides of the fence: “I put it to you that you’re the best Lib Dem leader going!”

Mr Stewart rejected this claim saying he was against a second referendum. 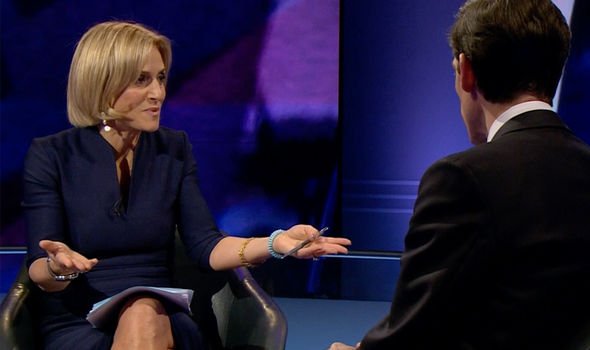 Mr Stewart backed Remain in the referendum and has been a supporter of Theresa May’s deal which was defeated four times by Parliament.

The interview came shortly after a poll shockingly claimed he would receive just 51 seats in a potential general election which would leave the Brexit Party as the largest party in the Commons.

The lowest amount of Tory seats after a general election is 131 under Arthur Balfour in 1906 after ironically, the government became increasingly split over free trade.

The Stewart campaign has been marred by an admission he smoked opium in Iran.

He, Mr Johnson and Mr Raab will be joined in the race for leader by Michael Gove, Matt Hancock, Mark Harper, Jeremy Hunt, Sajid Javid, Andrea Leadsom and Esther McVey.