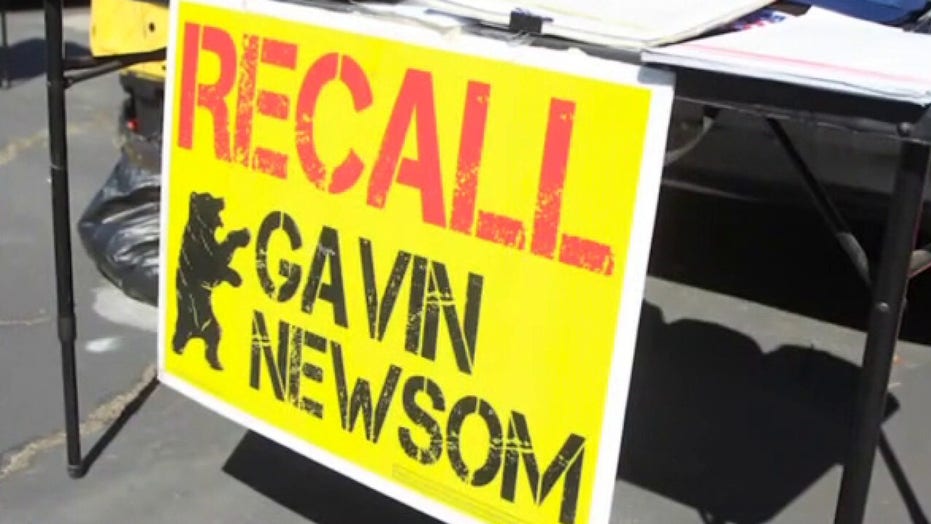 Newsom recall effort surpasses over 1.9 million signatures ahead of deadline

Aaron Bergh, owner and distiller of Calwise Spirits Co. in Paso Robles, Calif., says shuttered businesses have been left with no other option but to remove the governor.

Sanders claimed that Newsom is racing a recall “for the crime of telling people to wear masks and for listening to scientists during COVID.”

Recall organizers announced on Sunday that the petition against Newsom reached 1.95 million signatures. The number of signatures has surged since Newsom’s infamous French Laundry scandal, which came amid the governor’s strict lockdown policies.

At the time, the data illustrated that only 3.1% of Covid-19 cases in Los Angeles were traced back to indoor dining. Experts have also suggested that Newsom’s ban on outdoor dining in December, which wasn’t supported by scientific evidence, fueled a surge in coronavirus cases.

Newsom had also kept Covid-19 data from his state secret despite public records requests from this January. The Golden State clocked in last month as the state with the most Covid-19 infections in spite of the strict lockdown procedures.

“Right-wing Republicans in CA are trying to recall @GavinNewsom for the crime of telling people to wear masks and for listening to scientists during COVID,” Sanders wrote on Twitter.

“Extremist Republicans have done enough to undermine democracy already. We must all unite to oppose the recall in California,” the senator added.

NEWSOM APPEARS TO POST TIKTOK INSIDE RESTAURANT, DENIES EATING THERE

Newsom has been under fire for his handling of the Covid-19 pandemic that involved strict restrictions on California citizens.

The California governor has a history of breaking his own lockdown rules. He attended the birthday party of a longtime adviser at a restaurant in November 2020 after closing indoor dining across the state. Newsom later apologized for the incident.

Additionally, Newsom appeared to post a TikTok video inside a restaurant in a county with indoor dining restrictions. His office denied the governor had eaten at the restaurant.