The chief, Rodney S. Scott, had become known for his support of President Donald J. Trump’s signature border wall, and had resisted a Biden initiative to stop using the phrase “illegal alien.” 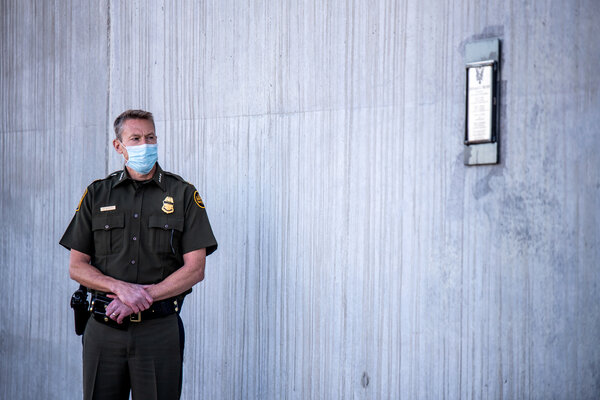 WASHINGTON — The Biden administration is forcing out the chief of the United States Border Patrol, Rodney S. Scott, who took over the agency during the final year of the Trump administration, a Department of Homeland Security official said on Wednesday.

The move comes as Vice President Kamala Harris plans to visit the southwestern border on Friday for the first time since President Biden asked her to lead the administration’s efforts to deter migration from Central America. Republicans have ramped up pressure on both Mr. Biden and Ms. Harris to visit the border, where a record number of migrants have been trying to cross in recent months.

The homeland security official, speaking on the condition of anonymity, said it was possible that Mr. Scott, a 29-year veteran of the agency, could remain in the department, reassigned to a new post.

Mr. Scott took the helm of the agency in February 2020, after President Donald J. Trump made it the leading edge of an aggressive crackdown on illegal immigration, putting it at the center of a highly polarized national debate over immigration policy. Given that the agency had been so tightly aligned with Mr. Trump, some officials have said it was surprising that Mr. Scott remained in the position for as long as he did.

And while he was not the only Border Patrol chief to do so, Mr. Scott has become known for his support of Mr. Trump’s signature immigration policy of extending a towering wall along the nearly 2,000-mile border between the United States and Mexico, perhaps the greatest symbol of the ideological divide over immigration policies in the country today.