Former Assistant FBI Director Chris Swecker weighs in on whether Garland can run the department without political bias amid the Hunter Biden investigation.

Confirmation hearings have been scheduled for Feb. 22 and 23 for Merrick Garland, President Biden’s nominee to be U.S. attorney general, according to reports.

Garland will appear before the Senate Judiciary Committee in hopes of winning confirmation to the Cabinet post, which is the leadership position of the U.S. Justice Department.

“I’m pleased that we can announce that the Committee will be moving forward on a bipartisan basis,” Durbin said in a statement, according to Politico. “Judge Garland will serve the Justice Department and our country with honor and integrity. He is a consensus pick who should be confirmed swiftly on his merits.” 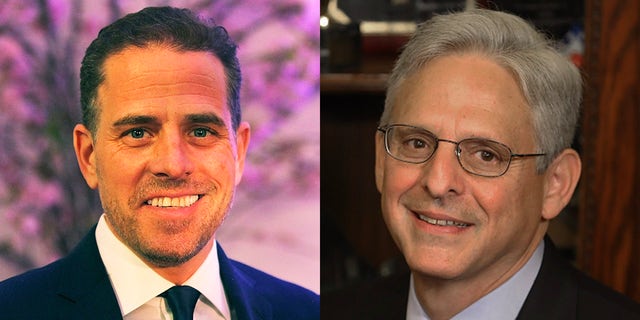 A federal investigation into Hunter Biden, left, will be addressed during Senate confirmation hearings for Merrick Garland, President Biden’s nominee for U.S. attorney general, according to a spokesman for U.S. Sen. Chuck Grassley. (Getty Images)

In January, a spokesman for Grassley told Fox News that Garland’s hearing will include questions about the current federal investigation into Hunter Biden, the president’s son, who has confirmed that his “tax affairs” are under government scrutiny.

Garland will appear before the Senate panel on the first day of the hearings while outside witnesses will appear on the second day, Politico reported. Senators will then submit further questions to Garland on Feb. 24 and he will have until Feb. 28 to respond, the report said.

Garland, 68, is a native of Chicago who has served since 1997 as a federal judge on the U.S. Court of Appeals for the District of Columbia Circuit.

Many Americans first became familiar with Garland in 2016, when former President Barack Obama nominated him to fill a U.S. Supreme Court vacancy after Associated Justice Antonin Scalia died in February of that year.

But then-Senate Majority Leader Mitch McConnell, R-Ky., and other Republicans argued that Garland’s nomination should not be considered during an election year, and the court pick should instead go to the winner of that November’s presidential election.

The vacancy was ultimately filled by President Donald Trump, who selected Judge Neil Gorsuch to succeed Scalia. The Senate confirmed Gorsuch’s nomination April 7, 2017, and he remains on the Supreme Court.

Garland previously served in senior positions in the Justice Department and was a supervisor of the prosecution of the 1995 Oklahoma City bombing, according to The Associated Press.