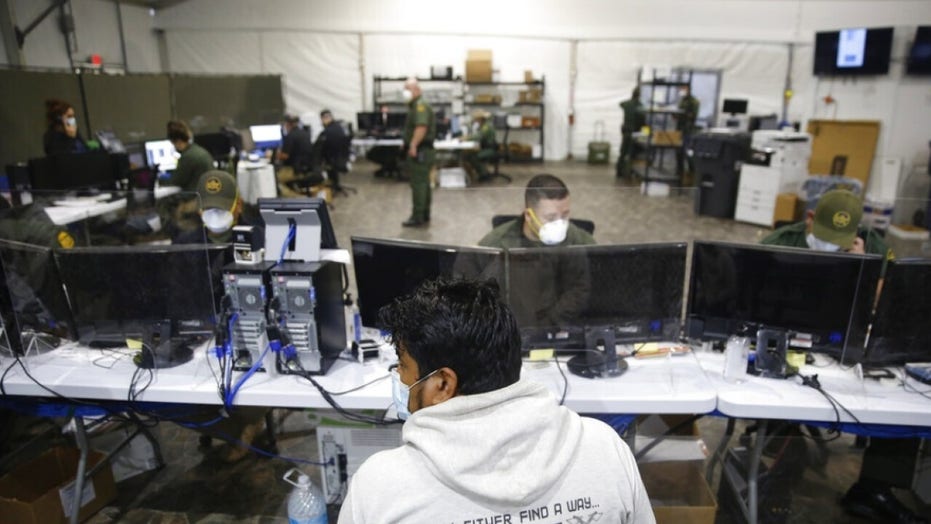 A new poll indicates that Americans are giving President Biden a big thumbs up on dealing with the coronavirus pandemic.

But when it comes to the divisive issue of immigration and border security, the survey suggests that the president’s approval rating plummets.

Just a third of Americans questioned in an NPR/Marist poll released on Tuesday say they approve of Biden’s handling of the issue of immigration, with 53% saying they disapprove of his performance. While two-thirds of Democrats say they approve of how Biden has handled the issue in the first two months of his presidency, approval plunges to 27% among independents and to just 5% among Republicans.

The influx of migrants crossing the nation’s southern border with Mexico has jumped since Biden’s inauguration on Jan. 20. Republicans have repeatedly slammed the president on the issue, blaming him for what they constantly call a “crisis.”

This week the Biden administration began asking federal workers to help with “urgent efforts” to care for the surge in unaccompanied migrant children who are arriving at the southern border. Thousands of the children are being temporarily housed in border facilities that were set up for adults.

Biden is also facing incoming fire from the Democratic Party’s progressive left, which is increasingly frustrated with the slow progress so far by the president to deliver what he promised on the 2020 campaign trail – a more humane immigration system than the restrictive policies under former President Donald Trump’s administration.

The poll indicates that Biden’s overall approval on immigration is down four points from late January, when it stood at 38%.

“It wasn’t a good issue for Biden when he was running for president. His candidacy was built around handling the coronavirus,” Lee Miringoff, director of the Marist Institute for Public Opinion, told Fox News.

“There’s no easy solutions. It’s a tough issue for him and people recognize that,” the pollster noted. “It’s not the issue he wants to be focusing on in his first 100 days in office, but you don’t always get to pick your issues.”

The new poll is in line with an ABC News/Ipsos survey released Sunday, which indicated that 57% of Americans disapprove of how Biden has handled immigration – and a majority (54%) say the situation at the border’s a crisis.

When it comes to the coronavirus, it’s a very different story for Biden.

Nearly two-thirds (65%) of those questioned in the NPR/Marist poll approved of the job the president’s doing handling the pandemic, with 28% disapproving. Ninety-four percent of Democrats give Biden a thumbs up in the issue. Approval stands at 64% among independents but drops to 34% among Republicans.

Biden successfully pushed a massive $1.9 trillion COVID relief plan though Congress earlier this month. And the pace of coronavirus vaccinations is ahead of the administration’s original projections.

CORONAVIRUS IN THE U.S. – STATE BY STATE BREAKDOWN

“I’m pleased to announce that at least 90% of all adults in this country will be eligible to be vaccinated by April 19, just three weeks from now, because we have the vaccines. For the vast, vast, majority of adults, you won’t have to wait until May 1,” the president emphasized in a Monday announcement.

The president’s approval rating on handling the coronavirus was even higher in the ABC News/Ipsos poll – standing at 72% among Americans.

On the economy, Biden stood at 51% approval and 41% disapproval in the NPR/Marist poll. His approval on the economy was even higher in the ABC News/Ipsos poll – at 60%.

The NPR/Marist poll was conducted March 22-25, with 1,167 registered voters questioned by live telephone operators. The survey’s overall sampling error is plus or minus 3.4 percentage points.