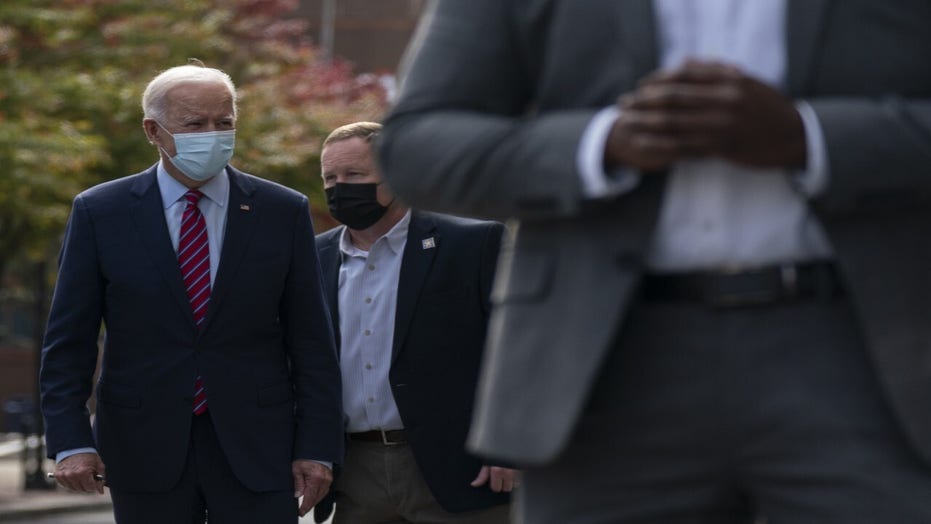 Robert Wolf and Charlie Hurt join ‘The Daily Briefing’ to weigh in on potential election results.

With multiple polls predicting a clear Biden victory in the November Election, Democrats are getting an uncomfortable sense of déjà vu given that polls in the final weeks of the 2016 election overwhelmingly predicted a victory for Hillary Clinton. 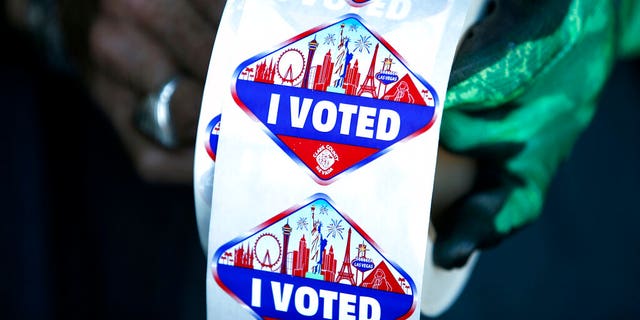 FILE: A poll worker displays "I Voted" stickers during the first day of early voting in Las Vegas.
(Las Vegas Sun via AP)

Yet at this same time in 2016, many Democrats – and even some Republicans – were convinced their candidate had a clear path to the White House, only to be bitterly disappointed with the final result.

The same scenario is playing out once again. But many Democrats, having learned the lessons of 2016, are not as blindly optimistic as they were then.

Michigan Democratic Party Chair Lavora Barnes told The Washington Post that “folks still remain cautious” because of what happened to Democrats in 2016.

“Nobody is taking anything for granted, even the folks that we’re meeting at doors and talking ton on the phones,” she said.

Nick Gourevitch, a partner at Global Strategy Group, echoed those fears, noting that he doesn’t know anyone in his “Democratic pollster world who is sitting 100 percent comfortably or anything like that.”

“Biden seems in better shape, but it is still a polarized country and a Trump win is still within the realm of possibility.”

But others point out that circumstances are slightly different this time around. Unlike 2016, there is no formidable third-party candidate, and perceptions of Biden are not as negative as they were of Hillary Clinton.

“You get a much different sense that the concrete has settled in this race because views of Trump are so intensely negative, but they are not intensely negative with Biden,” said John Anzalone, a Biden campaign pollster, told the Post. “In ’16, Trump and Hillary’s negatives were essentially identical.”

A post on the website acknowledged the errors in the 2016 polling methodology. It said many pollsters have changed since then by giving more weight to the respondents’ educational level.