President Biden on Wednesday said he supports and “will continue to support” Roe v. Wade, as the U.S. Supreme Court heard oral arguments in a case posing potentially the most consequential challenge to the 1973 landmark ruling that limited government restrictions on abortion.

The Supreme Court on Wednesday heard oral arguments in Dobbs v. Jackson Women’s Health. The state of Mississippi is arguing that the Supreme Court should allow it and other states to ban abortion after 15 weeks. More specifically, it is asking the high court to strike down a lower court’s decision blocking its 15-week abortion ban from taking effect.

Mississippi’s law, which was passed in 2018, encountered a legal challenge from Jackson Women’s Health Organization, an abortion clinic that claims the law is unconstitutional and should be permanently blocked because it violates previous court decisions on the issue. 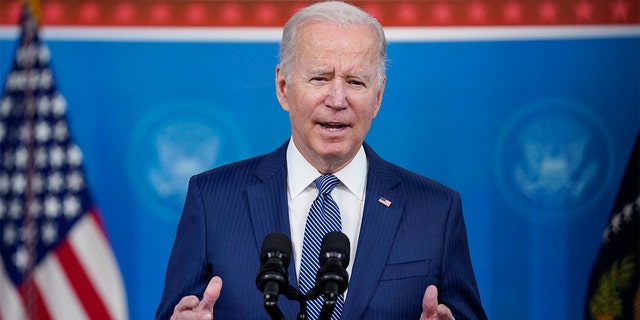 President Biden was asked about the challenge to Roe v. Wade while speaking from the White House campus, Wednesday, Dec. 1, 2021, in Washington.
(AP Photo/Evan Vucci)

The president, during remarks about the U.S. economy and supply chain Wednesday, was asked for his reaction to a potential change to abortion law.

“First of all, I haven’t, I didn’t see any of the debate today, just the presentation today,” Biden said.

“And I support Roe v. Wade,” the president continued. “I think it’s a rational position to take and I continue to support it.”

The Supreme Court’s 1973 Roe v. Wade decision said states could not ban abortions before a fetus is viable (capable of life outside the womb), a stage typically understood to be reached at approximately 24 weeks.

Meanwhile, Justices Brett Kavanaugh and Stephen Breyer clashed Wednesday over the role the Supreme Court has in overturning its own precedents.

“History tells a somewhat different story, I think, than is sometimes assumed,” Kavanaugh said about stare decisis – the principle that the court should stick to its past rulings.

“If you think about some of the most important cases in this court’s history… there’s a string of them where the cases overruled precedent,” he said.

Kavanaugh continued: “Brown v. Board outlawed separate but equal. Baker v. Carr, which set the stage for one person, one vote. West Coast Hotel, which recognized the state’s authority to regulate business. Miranda versus Arizona, which required police to give warnings… about the right to remain silent… Lawrence v. Texas said that the state may not prohibit same sex-conduct. Mapp v. Ohio, which held that the exclusionary rule applies to state criminal prosecution.” 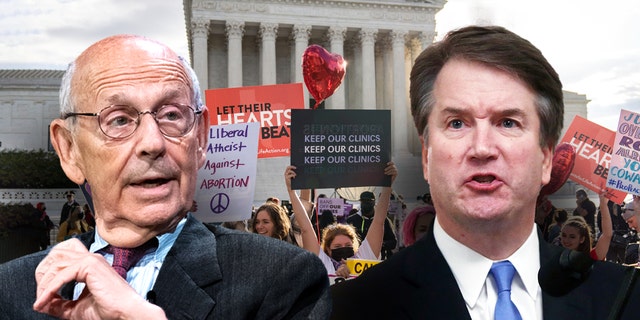 “In each of those cases… and I could go on. And those are some of the most consequential and important in the court’s history, the court overruled precedent,” Kavanaugh said.

A few minutes later Breyer slammed Kavanaugh for making allegedly false equivalencies between Roe and the other cases he cited.

“They do not include the list that Justice Kavanaugh had here… There are complex criteria that she’s talking about that link to the position in the rule of law of this court,” Breyer said. “All I would say is, you have to read them before beginning to say whether they are overruling or not overruling in the sense meant there calling for special concern.”

Oral arguments in Dobbs v. Jackson Women’s Health Organization ended shortly before noon Wednesday after nearly two hours of arguments. Many believe the case is the most important abortion litigation in the last 40 years.

The fate of the case, and the Roe v. Wade abortion precedent, now rests in the hands of the court’s nine justices. The Supreme Court currently has a 6-3 conservative majority.