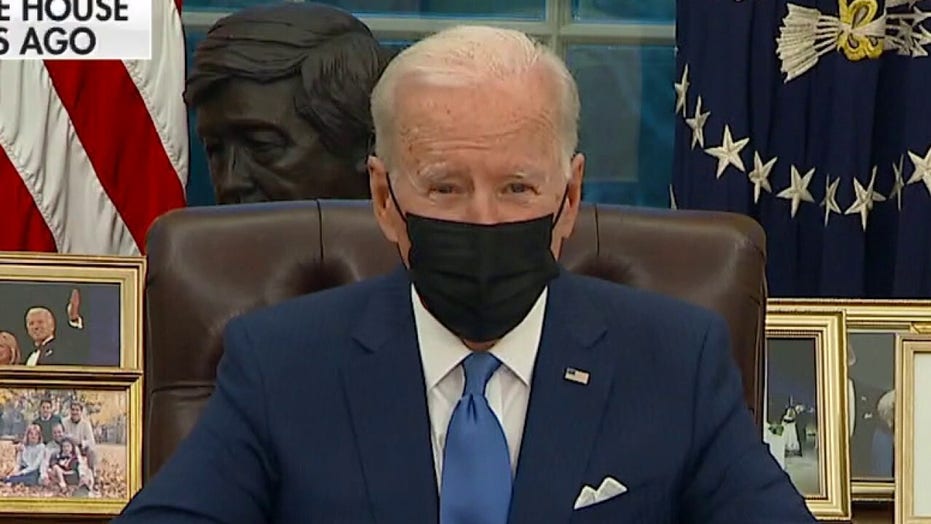 President Biden expressed condolences to the families of two FBI agents killed while trying to serve a warrant in connection with a child pornography and violence against children investigation in Florida Tuesday, then added that the “vast, vast majority” of U.S. law enforcement officers were “decent, honorable people.”

“They put their lives on the line and it’s a hell of a price to pay,” Biden said from behind his desk in the Oval Office. “And every single day…by and large the vast, vast majority of these men and women are decent, honorable people who put themselves on the line. We owe them.”

He said he had not yet had the chance to speak with the victims’ families and did not plan to do so Tuesday.

“I was briefed on this tragedy earlier today, and I know the FBI is gathering information about how this happened, what happened, but I can only imagine how these families are feeling today,” Biden said. “One of the things when you are in a combat zone or the military, or you’re an FBI agent or a police officer, every family, just when they put that shield on and go out in the morning, dreads the possibility of a call…My heart aches for the families.” 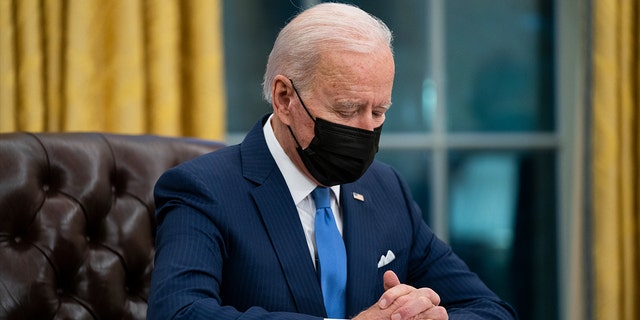 President Joe Biden looks down as he talks about the FBI agents killed in Sunrise, Fla., during an event on immigration in the Oval Office of the White House, Tuesday, Feb. 2, 2021, in Washington. (AP Photo/Evan Vucci)

The 6 a.m. shootout killed two FBI special agents and left two in the hospital and another with minor injuries. The suspect is also dead. FBI Director Christopher Wray identified the two slain agents as Daniel Alfin and Laura Schwartzenberger. It was the deadliest day for the FBI since the terror attacks on Sept. 11, 2001.

Biden quickly pivoted from the shootout to introduce and congratulate new Department of Homeland Security Secretary Alejandro Mayorkas, who was confirmed earlier in the day and was shown standing near the Resolute Desk. He joked Mayorkas was about to take on an “easy job, nothing to it.”

And he addressed critics’ concerns that he was pushing through too many executive orders in such a short time since taking office.

He said his orders were mainly targeted at previous executive orders handed down under the Trump administration that he called “counterproductive” to U.S. security and character.