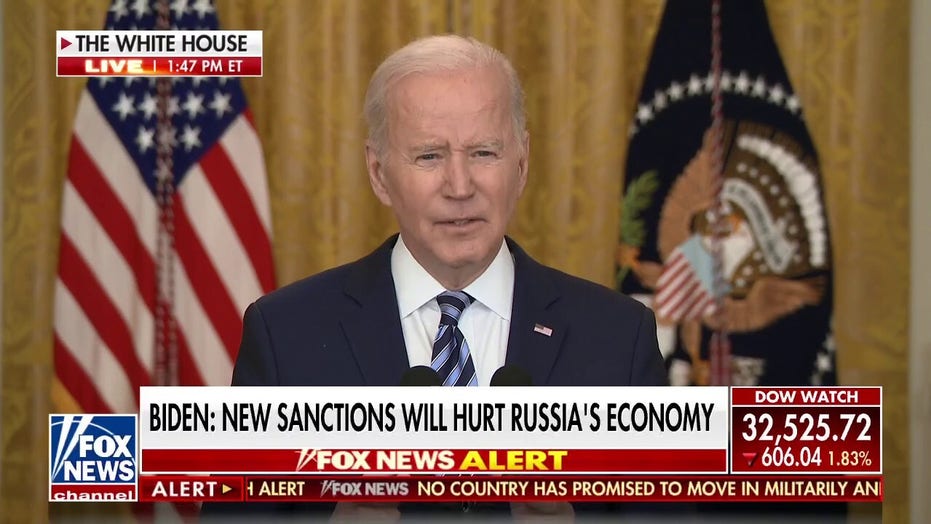 President Biden delivers remarks on the developing crisis as Russia invades Ukraine. Biden announced new sanctions and limitations on what can be exported to Russia.

President Biden on Thursday said that “no-one expected” sanctions imposed on Russia in response to its incursions into Ukraine to “prevent anything from happening” — an apparent contradiction from prior White House messaging that emphasized the value of deterrence.

“No-one expected the sanctions to prevent anything from happening,” Biden said. “This could take time and we have to show resolve so he knows what’s coming and so the people of Russia know what he’s brought on them, this is what this is all about.”

“This is going to take time, it’s not going to occur…he’s gonna say ‘oh my God, these sanctions are coming, I’m gonna stand down.’”

The remarks came as he announced new sanctions on Russia in response for its invasion into Ukraine, which began early Thursday, marking the latest round of sanctions announced by the U.S.

Biden said the sanctions, in coordination with a coalition of other nations, would target four more major Russian banks, including VTB, and would make it harder for Russia to do business in dollars, Euros, pounds and yen. There will also be “new limitations” on what can be exported to Russia, he said.

But Biden’s claim that the sanctions were not expected to prevent Russia’s actions was in stark contrast to past claims by the administration — including his own vice president.

“The purpose of the sanctions has always been and continues to be deterrence,” Vice President Kamala Harris said on Sunday, before the U.S. imposed sanctions.

Harris then noted that sanctions are a product of a “shared perspective among our Allies.”

“And the Allied relationship is such that we have agreed that the deterrence effect of these sanctions is still a meaningful one, especially because…we still sincerely hope that there is a diplomatic path out of this moment,” she said. “And within the context then of the fact that that window is still open although it is absolutely narrowing — but within the context of a diplomatic path still being open, the deterrence effect, we believe, has merit.”

On Tuesday, as the White House announced sanctions on Russia’s Nord Stream 2 natural gas pipeline, one senior administration official described the aim of sanctions to reporters.

“They’re not an end to themselves. Sanctions are meant to serve a higher purpose, which is to deter and prevent,” the official said. 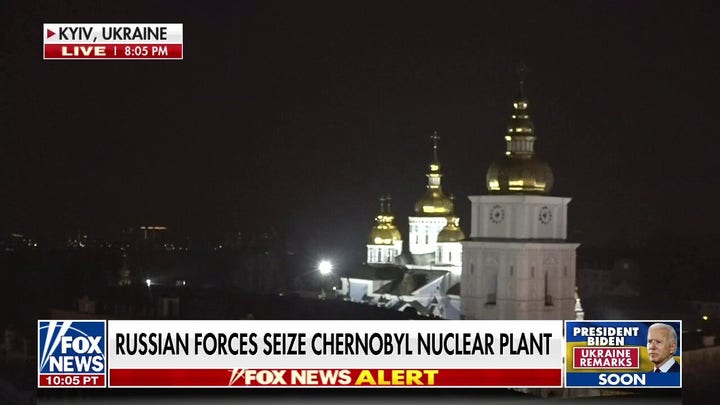 “So, we want to prevent a large-scale invasion of Ukraine that involves the seizure of major cities, including Kyiv.  We want to prevent large-scale human suffering, possibly tens of thousands of lives that could be lost in a full-scale conflict.  And we want to prevent Putin from installing a puppet government that bends to his wishes and denies Ukraine the freedom to set its own course and choose its own destiny,” they said. “That’s what this is all about.”

A day later, White House Press Secretary Jen Psaki was asked about the goal of the sanctions being to “deter and prevent,” and was asked if that meant that a Russian invasion would mean the strategy had failed.

Psaki said the administration was focused on two things: “One is implementing serious costs for the actions that have already been taken — so, the actions in the Donbas,” she said.

“Second, yes, deterrence is part of our objective. If he goes further, we will go further. We have a range of tools at our disposal. I mentioned some of the potential financial…steps we could take that could impact financial institutions.  That is very significant and could have a very significant impact, but we have far more options beyond that, including export controls.”

On Thursday, Biden stopped short of sanctioning Russian President Vladimir Putin himself, and he did not announce a ban on Russia from the SWIFT banking system, saying Europe is not on board with such a move.

Biden also announced 7,000 more service members to Germany, but maintained that the U.S. military will not fight in Ukraine.