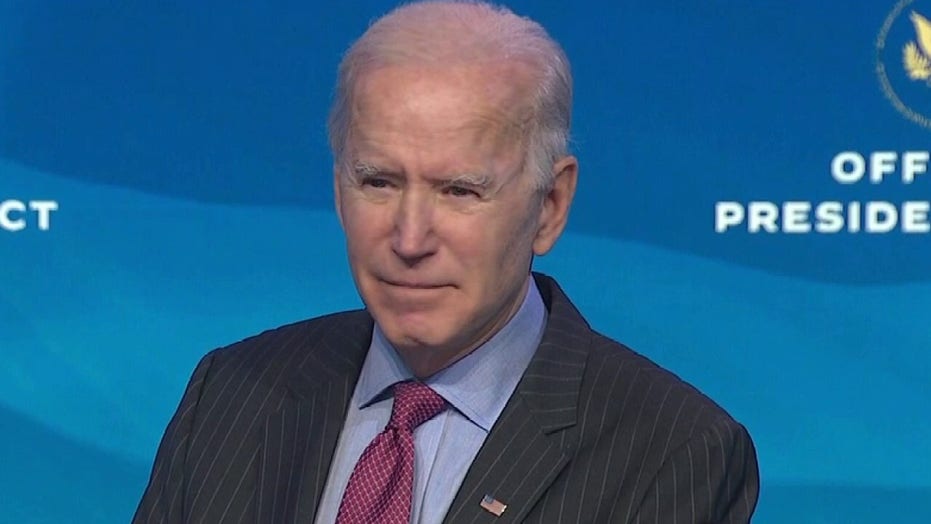 Biden: Trump ‘not fit to serve,’ ‘an embarrassment to the country’

But the president-elect refused to say whether he supported the push by congressional Democrats and handful of Republicans to immediately remove Trump from office, either by impeachment or through the use of the 25th Amendment to the Constitution.

Biden, taking questions from reporters after introducing his final Cabinet nominations, said that "it’s a good thing" that the president won’t show up at the Jan. 20 inauguration. But the president-elect highlighted that he’d be "honored to have" Vice President Mike Pence attend the inauguration ceremony. 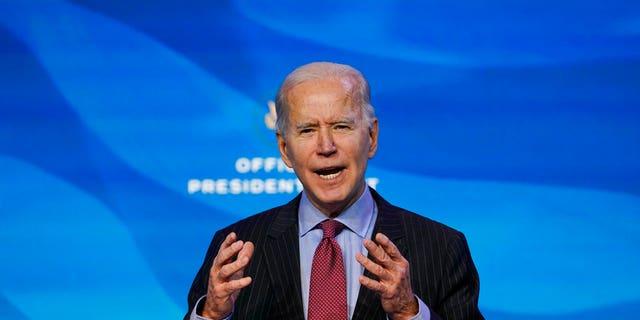 Despite not opposing efforts to remove Trump, the president-elect emphasized that his "overarching objective is to unify this country."

Biden’s reiteration of earlier calls for unity came two days after Trump supporters, protesting the formal move by a joint session of Congress to certify Biden’s 306-232 Electoral College victory over the president, stormed the Capitol. Five people – including a Capitol Hill police officer – died during the rioting. The attack forced the building into lockdown, and the House and Senate were suspended for six hours until the building was cleared of intruders.

The president – at a rally near the White House that he headlined earlier on Wednesday – had encouraged supporters to march to the Capitol and show strength in opposing the certification of an election that he had repeatedly charged that he had won in a landslide and that had been stolen. 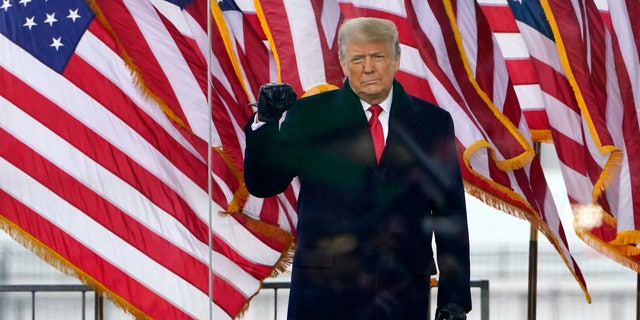 Scores of congressional Democrats, including House Speaker Nancy Pelosi and Senate Democratic leader Chuck Schumer, as well as some Republicans, have called for removing Trump from office either by impeachment or by the vice president and cabinet officers invoking the 25th Amendment.

"I’m focused on the virus, the vaccine, and economic growth. What the Congress decides to do is for them to decide," Biden answered when asked if he supported such moves.

"We’re going to do our job and the Congress can decide how to proceed with theirs," he added. "That’s a decision for the Congress to make. I’m focused on my job."

Biden added that he would be speaking with Pelosi and House Democratic leadership later on Friday.

But the president-elect stressed, "I’ve been saying for now for well over a year that he’s not fit to serve." He called Trump "one of the most incompetent presidents in the history of the United States of America."

He emphasized that "it’s important to get on with the business of getting him out of office." But Biden said "the quickest way that that will happen is us being sworn in on the 20th. What action happens before or after that is a judgment for the Congress to make." 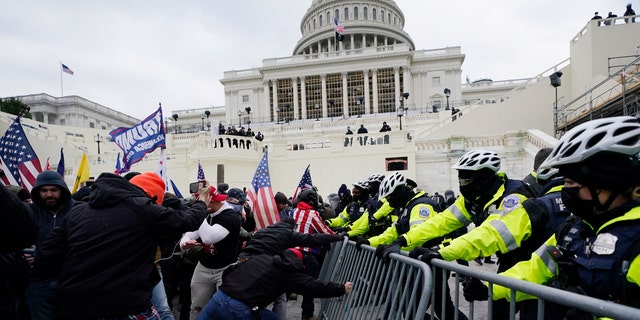 Trump supporters try to break through a police barrier, Wednesday, Jan. 6, 2021, at the Capitol in Washington. (AP Photo/Julio Cortez)

Biden also lamented "the damage done to our reputation around the world by a president of the United State encouraging a mob."

He noted that he was told on the way to the Friday event that the president announced that he wouldn’t attend Biden’s inauguration. The president-elect highlighted that it was "one of the few things he and I have ever agreed on. It’s a good thing him not showing up."

Biden had said prior to Wednesday’s attack on the Capitol that it would be a positive thing for Trump to show up at the inauguration to send the world a signal regarding America’s peaceful transfer of power.

But he said he had changed his mind because he felt Trump "has clearly demonstrated, he exceeded even my worst notions about him." Biden added, "He’s been an embarrassment to the country, embarrassed us around the world – not worthy, not worthy to hold that office."

But asked about Pence attending the inauguration, Biden said, "The vice president is welcome to come. I’d be honored to have him there."

In response to Biden's comments, a top Pence aide told Fox News that "Vice President Pence and the Second Lady have yet to make a decision regarding their attendance." 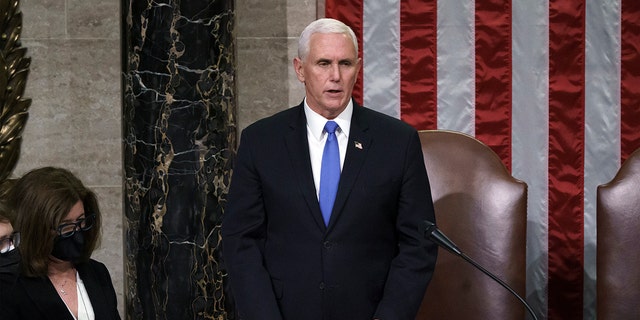 Biden’s call to unify the country was a staple of his year and a half campaign for president. He said that this week’s attack on the Capitol "makes my job easier, quite frankly."

The president-elect shared, "I’ve had a number of my Republican colleagues – former colleagues. I used to serve in the Senate for a long time – call me. Many of them are as outraged and disappointed and embarrassed and mortified by the president’s conduct as I am and Democrats are."

Biden argued that "what this president has done is rip the band aid all the way off, to let the country know who he is and what he’s about and how thoroughly unfit for office he is."

The president-elect also took aim at Republican Sens. Ted Cruz of Texas and Josh Hawley of Missouri. The conservative lawmakers and strong Trump supporters were the leaders of small group of GOP senators who supported Trump’s push to object to Biden’s Electoral College victory during the joint session of Congress to certify the results.

"I think they should be just flat beaten the next time they run," Biden insisted. "I think the American public has a real good clear look at who they are. They’re part of the big lie."