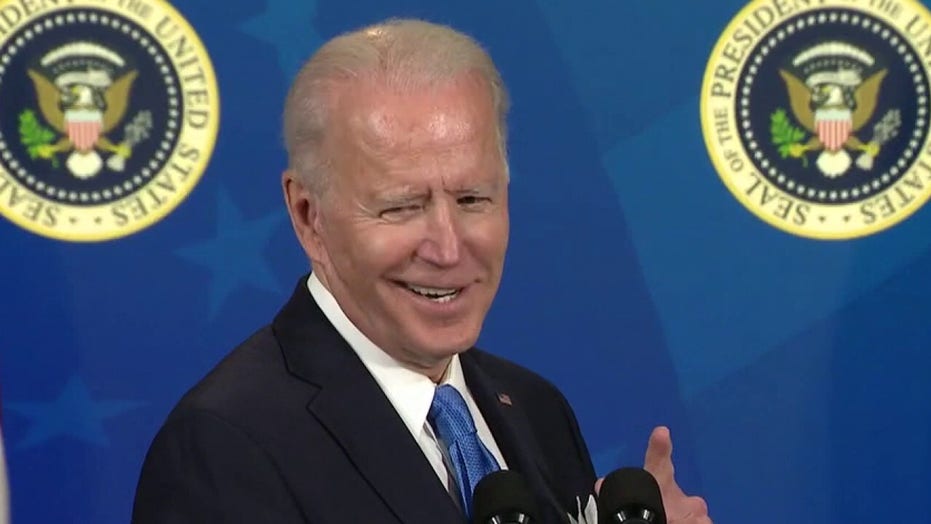 President Biden is set to deliver his first primetime address to the nation since taking office Thursday night, to mark one year since the World Health Organization designated the novel coronavirus a pandemic and shutdowns started across the country.

The president’s speech will take place on his 50th day in office, a day after the House of Representatives passed the Senate version of his $1.9 trillion coronavirus relief package, The American Rescue Plan, in his first legislative victory.

“The president will deliver his first primetime address to commemorate the one year anniversary of the COVID-19 shutdown on Thursday,” White House Press Secretary Jen Psaki said Monday. “He will discuss the many sacrifices the American people have made over the last year, and the grave loss communities and families across the country have suffered.”

The carefully scripted speech comes, however, as Biden has taken heat for going 50 days without a formal press conference.

On Monday, Psaki said the president “will look forward, highlighting the role that Americans will play in beating the virus and moving the country toward getting back to normal.”

A White House source said Biden will use his speech to “talk about the sacrifices made by the American people, the more than 500,000 lives lost, and the millions of people whose lives have been changed by the pandemic.”

“He will speak about how this has been the greatest operational challenge the country has faced and the work his team has done to rapidly increase the number of vaccinations, vaccinators and vaccinations sites up and running,” the source said. “And he will lay out the next steps he will take to get the pandemic under control, level with the American people about what is still required to defeat the virus and provide a hopeful vision of what is possible if we all come together.”

The Biden White House has touted its efforts combating the coronavirus pandemic since taking office, rolling out vaccine distribution and setting a goal on Biden’s first day in office to vaccinate 100 million Americans by his 100th day in office.

But former President Trump released a statement Wednesday reminding people that the vaccines were developed during his watch. “I hope everyone remembers!” he wrote. 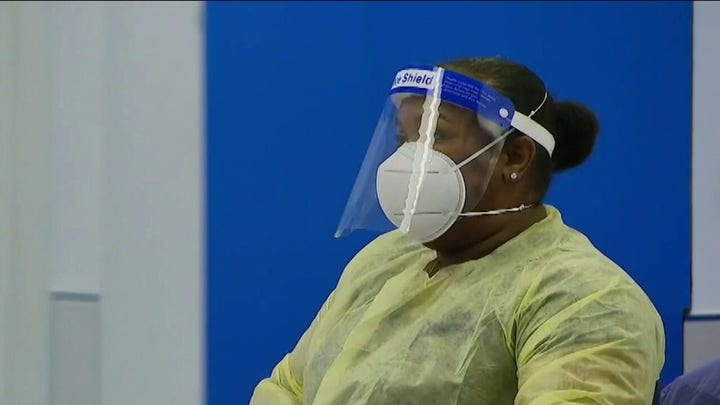 Psaki this week said that the U.S. is now vaccinating 2.17 million Americans per day.

Biden, this week, ordered 100 million more COVID-19 vaccine doses from Johnson & Johnson, just weeks after the one dose vaccine received its Emergency Use Authorization from the Food and Drug Administration. 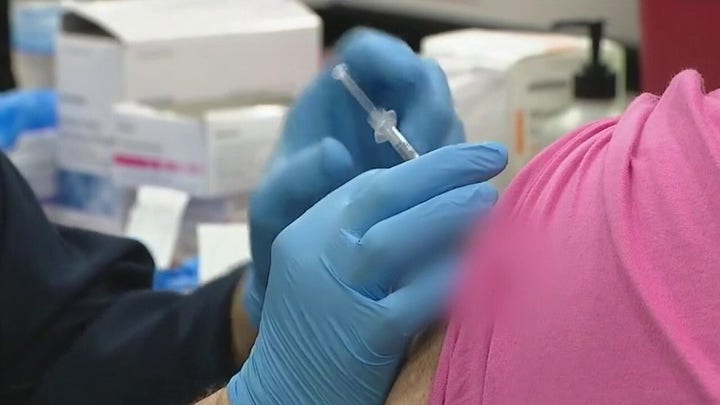 Meanwhile, the president’s is expected to sign the American Rescue Plan into law on Friday, which passed the House Wednesday, and is the second-largest stimulus package in history.

For the unemployed, the legislation extends $300-per-week enhanced federal benefits through Sept. 6 and allows the first $10,200 of jobless benefits to be tax-free to households with incomes under $150,000.

And unlike past coronavirus relief bills, this legislation establishes a “child allowance” worth upwards of $300 per month for each child under the age of six, or $3,600 a year. For older children up to age 17, families would get $3,000 a year in the new child tax credit program.

In addition to the direct payments, the legislation also includes an expanded benefit to parents paying for child care worth up to $8,000 in a refundable tax credit. Other provisions of the bill include hundreds of billions for COVID-19 vaccines and treatments, schools, food programs, rental assistance and ailing industries from airlines to concert halls.

The Associated Press-NORC Center for Public Affairs Research poll found last week that 70% of Americans back Biden’s response to the virus, including a hefty 44% of Republicans.