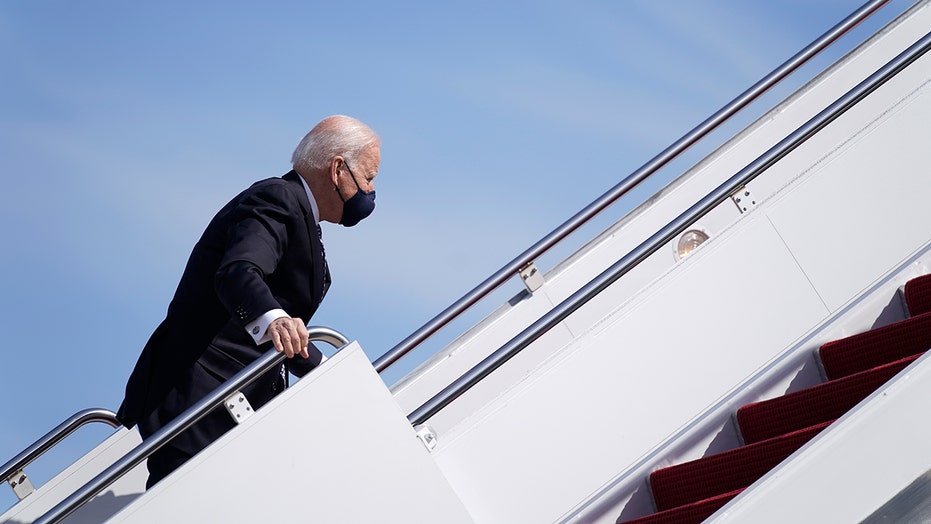 President Biden will hold his first Cabinet meeting Thursday, one week after the full group was confirmed.

All 16 permanent members of the Cabinet will attend in person. So will other Cabinet-ranked officials, including White House chief of staff Ron Klain and Director of National Intelligence Avril Haines.

Shalanda Young, acting budget head, will attend for the Office of Management and Budget after Neera Tanden, Biden’s first choice for the job, withdrew her nomination due to stiff Senate opposition.

But CIA director is not a Cabinet position in this presidency, as it was under President Trump.

Twenty-five people are expected to attend the meeting, which will be held in the East Room of the White House.

The meeting will come on the heels of the announcement of Biden’s massive infrastructure and clean energy plan, the American Jobs Plan, which is to be unveiled in Pittsburgh Wednesday afternoon.

The $2.2 trillion infrastructure bill will also include a corporate tax hike, and debate over the bill is sure to dominate Washington for much of the summer.

As the Biden administration preps to sell the bill to lawmakers, the focus of the meeting is expected to be how the package can have an effect across the government, as well as emphasizing the role of the $1.9 trillion Covid relief bill Biden signed into law this month, White House deputy press secretary Andrew Bates said.

Principal deputy press secretary Karine Jean-Pierre said aboard Air Force One Wednesday that both the American Jobs Plan and the American Rescue Plan will be “key” topics of discussion, along with lifting up the “diverse Cabinet as key voices” in the administration.

Cabinet members are soon expected to fan out across the country to pitch the Covid-19 relief bill and infrastructure package to Americans.

The White House press pool will be present for Biden’s opening remarks, but the rest of the meeting will likely be closed to press, according to officials.

Since nearly all other members of the presidential line of succession are in one room, the House speaker and the Senate president pro tempore are usually notified to ensure one of them is in a secure location.