WASHINGTON — President Joe Biden will propose a sweeping $1.8 trillion plan Wednesday for national paid family leave, universal pre-kindergarten, free community college and subsidized child care in what would be a dramatic federal expansion of the social safety net for families and children.

Biden is set to formally introduce his American Families Plan at his first address before a joint session of Congress Wednesday night. It’s the second piece of his “Build Back Better” economic agenda following the release of a $2.3 trillion infrastructure and jobs plan released earlier this month.

Billed as “generational investments in our future” to out-compete China and transform the U.S. economy, the families plan includes $1 trillion in spending over the next 10 years, according to senior administration officials who agreed to discuss the specifics on the condition of anonymity. It also has an additional $800 billion in targeted tax credits for the middle class.

The proposal to Congress would be paid for through a crackdown on taxloopholes used by high-income tax-filers. It would also nearly double the capital gains tax from a 20% rate to 39.6% for households making more than $1 million, among other changes. 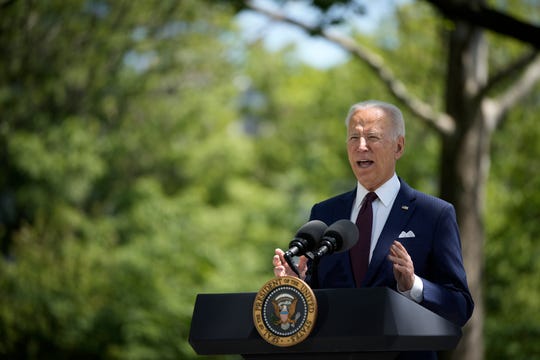 $225 billion each for national paid leave and child care programs

The plan – certain to be sharply criticized by Republicans who already oppose his jobs plan – includes $225 billion for a national paid family and medical leave program. It would offer workers partial employment assistance for three months to be with a new child, rehabilitate from an illness, care for a disabled loved one, deal with a partner’s military deployment or address emergencies.

Up to $4,000 per month would be available in paid leave for individuals who participate, with a minimum of two-thirds of average weekly wages and increasing to 80% for the lowest wage workers.

An additional $225 billion would go toward covering child care costs for low income and middle class parents with children five or younger. It comes as more women left the workforce last year to care for young children during the coronavirus pandemic. A study cited by the White House found $57 billion in lost earnings and productivity because of a lack of child care options.

The program would pay for all child care costs of the neediest families. Those who earn 1.5 times their state median income would pay no more than 7% of their income on child care.

Pre-K for all regardless of family income

Biden is proposing $200 billion to make free prekindergarten available to all three- and four-year-olds regardless of their families’ incomes. This would be made primarily through “partnerships” with states, but the federal government would seek to work directly with preschools in states that don’t participate.

The national pre-K expansion would benefit 5 million children and save the average family $13,000, according to the White House.

The plan also calls for $109 billion to make community college in the U.S free, allowing all first-time students and workers in participating states to pay no money for two years of community college to earn a degree or credential. The program would also be available to “Dreamers” – undocumented immigrants brought to the U.S. as children.

President Joe Biden marks his administration's first 100 days on Thursday, touting a number of successes and relatively high approval ratings, without the drama brought on by his predecessor. Still, his road ahead is unlikely to be so smooth. (April 27)

Biden’s proposal comes after several states, including Tennessee, New York, Oregon and Rhode Island, have transitioned to free community college. Like the pre-K program, states would have to partner with the federal government to receive the federal funding. If each state does, an estimated 5.5 million students would attend community college for free.

The plan would extend the enhanced child tax credits that were passed in Biden’s $1.9 trillion American Rescue Plan through 2025 – falling short of demands of many progressive Democrats to make the credits permanent. The plan would also make permanent American Rescue Plan tax credits for families with child care needs and workers who don’t have children.

The proposal would not lower the age eligibility requirements for Medicare to expand coverage or take steps to lower prescription drug prices – two other areas pushed by many Democrats in Congress and liberal advocacy groups.

White House officials said the president remains “fully committed” to negotiations to reduce prescription drug prices despite its omission in the package.

The primary health care provision in the plan is $200 billion to make health care premium reductions passed in the Affordable Care Act permanent.

The plan takes steps to make college more affordable for students of color.

It sets aside $85 billion for Pell grants that would provide $1,400 in additional assistance to low-income college students; $62 billion for a grant program aimed at improving college completion for low-income students; and $46 billion for historically black colleges and universities. The latter includes at least two years of subsidized tuition for students enrolled in four-year HBCUs from families earning less than $125,000 a year.

Other spending includes $45 billion to extend free and reduced lunches through the summer for the 29 million low-income children enrolled in the federal program; $17 billion to expand free meals to children in high-poverty areas through the Community Eligibility Provision program, and $9 billion to train teachers, address teacher shortages and diversify the teaching workforce. 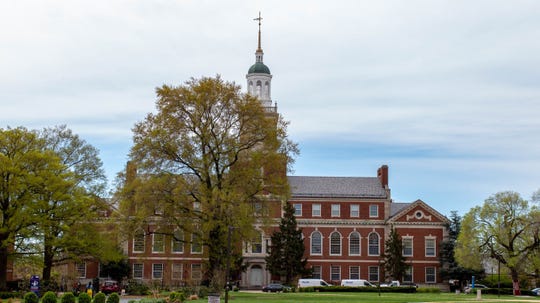 Howard University, one of the HBCUs that would benefit under Biden's American Families Plan (Photo: Kelvin Sterling Scott / iStock Editorial via Getty Images)

Biden’s plan likely faces strong resistance from Republicans, much like his American Jobs Plan, which they widely panned for broadening “infrastructure” to pay for programs like caregiving for the elderly and disabled, manufacturing and addressing climate change.

Senate Republicans last week proposed a $568 billion counteroffer that’s just one-quarter the size of Biden’s package and would be limited to physical infrastructure such as repairs to roads and bridges and broadband expansion.

The White House has not said whether Biden will combine the two plans together –  totaling more than $4 trillion – into one bill for Congress or pursue multiple pieces of legislation. The jobs plan would be paid primarily by an increase to the corporate tax rate.

The president wants progress in Congress on the jobs bill by the end of May and for passage by the summer, according to administration officials.

Biden could seek passage of his families and jobs plan via budget reconciliation, which would block any attempt of a filibuster and require no Republican votes in the evenly divided Senate as long as all Democrats vote in support. The White House has not revealed their legislative track.