A coalition of six red states led by West Virginia sent a letter to the Biden administration Wednesday saying that they’re watching its actions closely and willing to sue if they believe the new president is doing anything that runs afoul of individual rights, federal law or the Constitution.

“The President cannot cut constitutional corners or shirk statutory strictures without inevitably doing more harm to our country than good,” the letter says. “[B]y this letter we respectfully urge you when pursuing your policy priorities to honor the core constitutional tenets which should be appreciated and respected by every person entrusted with the honor and burdens of the presidency.” 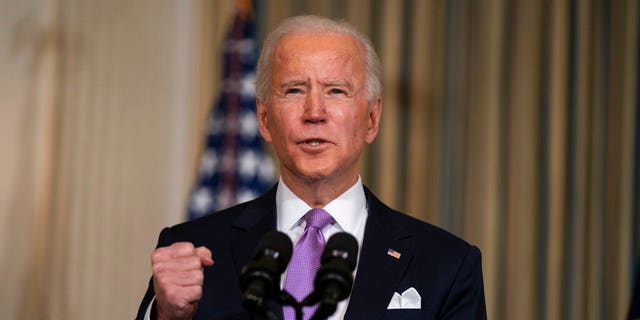 The letter warns the Biden administration that the states are willing to pursue legal action if they believe the federal government is violating individual constitutional rights; exceeding limits on its powers; Biden is grabbing too much power for himself; or if the administrative state is not being held in check.

“We stand ready to meet with your administration to discuss more how the issues below affect our states; litigation is never a first option, and we would like yo help your team in its important job on behalf of all Americans, consistent with the Constitution and the rule of law,” the letter says. “Yet if you sign unconstitutional laws passed by Congress, it will be our responsibility and duty to challenge those laws and court.”

The letter also says that if executive officials or agencies” go beyond the bounds of their statutory authority, fail to follow legally required procedures, or fall short of the bedrock Administrative Procedure Act obligation of reasoned decisionmaking, it will likewise be our responsibility to take action.”

The coalition of states also includes the state attorneys general of  Alaska, Arkansas, Indiana, Mississippi, Montana and Texas. Texas Attorney General Ken Paxton grabbed headlines in the aftermath of the presidential election with an ill-fated Supreme Court case that aimed to invalidate the results of the presidential election in four states that voted for Biden. All of the states on the Wednesday letter but Alaska backed Texas’ case.

Biden’s orders have touched on transgender people serving in the military, the coronavirus pandemic, private prisons, revoking Trump’s 1776 Commission and much more.