Partisan ad campaigns are shifting their focus to the bitter fight over President Trump's Supreme Court nomination, pulling back from hot-button topics such as the coronavirus pandemic and social justice.

The New York Times reported Monday that both Trump and 2020 Democratic presidential challenger Joe Biden have altered their tactics since the death of Justice Ruth Bader Ginsburg and the selection of Judge Amy Coney Barrett as the nominee to succeed her.

More than $1.8 million has reportedly already been spent on television advertisements about the Supreme Court, according to ad-tracking firm Advertising Analytics.

While Barrett's confirmation will be largely a Senate battle, the presidential candidates are seizing on the issue, too.

Three days ago, the Biden campaign began running an ad that focuses on a mother's concerns about chronic conditions resulting from the coronavirus, tying in the Supreme Court's role in the battle over the health care law. 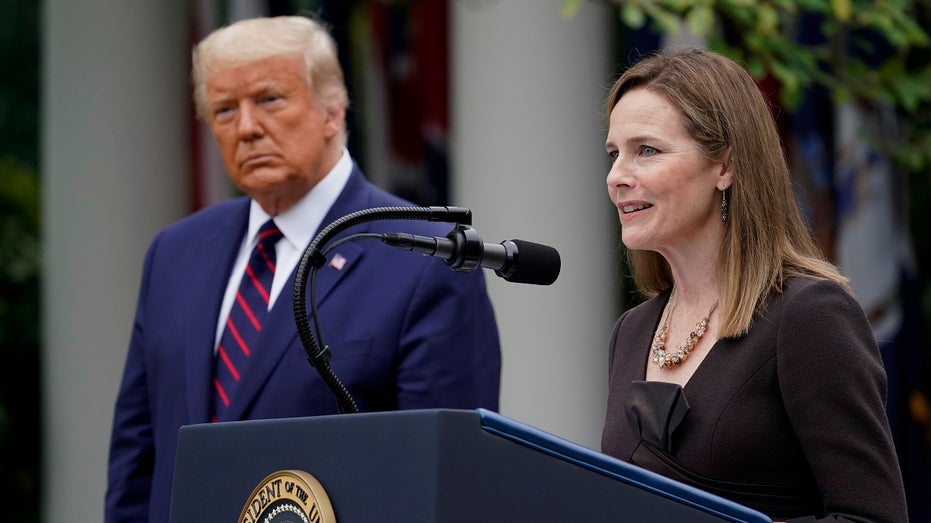 Referencing the administration's case seeking to overturn the Affordable Care Act, the mother says that the president is "rushing" Barrett through to "strip away care for millions of Americans and end pre-existing condition protections."

The Biden campaign outspent the president's camp on television advertisements by more than 2-to-1 in September, according to CMAG/Kantar media.

Democrats have argued that the high court will probably strike down the act should Barrett be confirmed, and most high-profile Democrats referenced the Affordable Care Act on social media after the president's official nomination announcement on Saturday.

"The American people understand the urgency of this moment," Biden wrote in a Tuesday morning tweet. "They're voting in droves because their health care hangs in the balance. But Donald Trump doesn't care — he sees a chance to eliminate Obamacare and rip away health care protections from millions. It's unconscionable."

The Times says that health care is a "clear line of attack" for Democrats, citing a more than $2 million fund to hit North Carolina Republican Sen. Thom Tillis and an effort to boost Democrat Amy McGrath over Senate Majority Leader Mitch McConnell, R-Ky.

On the Republican side, Georgia Sen. Kelly Loeffler has been running an ad for the past 48 hours boasting that she was the first senator to call for the vacant Supreme Court seat to be filled.

In South Carolina, Sen. Lindsey Graham ran an ad over the weekend on his record of getting conservative judges confirmed as Senate Judiciary Committee chairman.

Trump's own campaign has run digital ads about the Supreme Court, but not TV spots.

The president secured YouTube's massive homepage for a 7-figure digital ad blitz on Tuesday, gaining access to prime real estate on the world's second-largest search engine for a full 24 hours.

According to CBS, the Trump campaign will spotlight a 2-minute clip from a viral YouTube video testimonial praising the president on the site's own masthead and plans to purchase the same coveted ad space for a 72-hour run-up to Election Day.