A presidential order would almost certainly face a legal challenge. But if elected, Joseph R. Biden Jr. would have other levers at his disposal to make mask wearing a cultural norm. 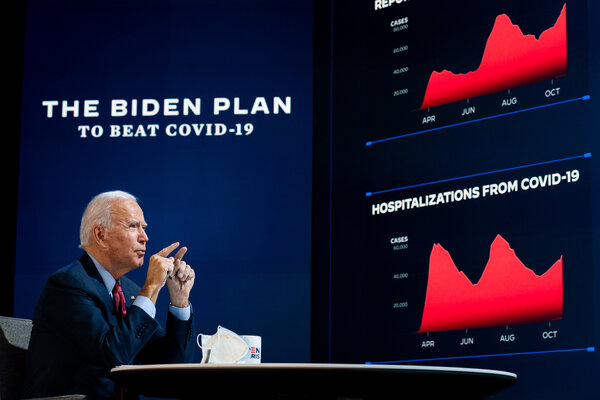 Over the past week, a string of prominent public health experts — notably Dr. Anthony S. Fauci, the government’s top infectious disease specialist, and Dr. Scott Gottlieb, a former commissioner of the Food and Drug Administration under President Trump — have said it is time to seriously consider a national mandate to curb the spread of the virus.

Overseas, President Vladimir V. Putin of Russia this week became the latest foreign leader to impose a national mandate for citizens to wear masks. Mr. Trump is opposed to a mandate, and Mr. Biden has conceded that a presidential order for all Americans to wear masks would almost certainly face — and likely fall to — a legal challenge.

Mr. Biden, the Democratic presidential nominee, echoed the “dark winter” language during the most recent presidential debate, and is already using his bully pulpit to promote and reinforce a culture of mask wearing. If elected, he will almost certainly do more.

Mr. Biden has already said that, as president, he would mandate masks on all federal property, an executive order that could have wide reach. He could use his authority under federal transit law to require masks on public transportation. He could also prod governors who are resisting mask mandates to at least require masks in public buildings in their states.

But that is delicate political terrain in the United States, where Mr. Trump has turned the act of wearing a mask — or not wearing one — into a political statement. Public health and legal experts say it would be far better for Mr. Biden — or Mr. Trump, for that matter — to use his powers of persuasion to convince Americans that covering one’s face to curb the spread of the virus is a patriotic or civic-minded action.

“Instead of making it about the president’s coercive authority under law it should be about whether the president can support a norm that supports public health, which is in people’s self interest,” said Harold Hongju Koh, a law professor at Yale University and an expert in national security and human rights.

Mr. Trump, however, has shown little interest in supporting such norms. At a rally in Arizona on Wednesday, he mocked California’s mask mandate, saying, “You have to eat through the mask.” 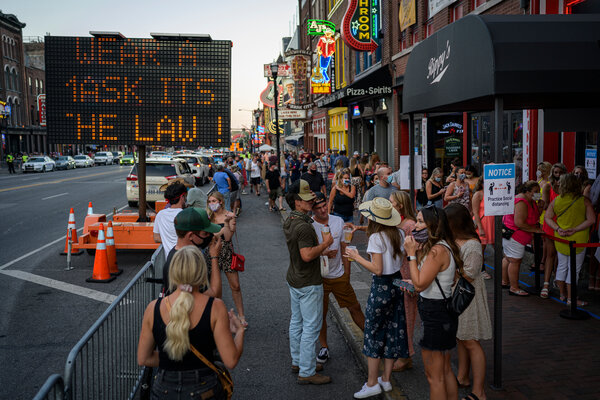 Experts say there is growing scientific evidence that face masks can considerably reduce the transmission of respiratory viruses like the one that causes Covid-19. Even when mask wearing does not prevent infection, it can reduce the severity of disease by diminishing the intensity of a person’s exposure to the virus. Research also shows that states that have passed mask mandates have had lower growth rates of Covid-19, beginning on the day the mandate was passed.

In a study published last week in the journal Nature, researchers at the Institute for Health Metrics and Evaluation at the University of Washington estimated that “universal mask use” — when 95 percent of people wear masks in public — could prevent nearly 130,000 deaths from Covid-19 in the coming months, though those numbers are based on certain assumptions and could change if people alter their behavior. Currently, just 69 percent of Americans wear masks, according to data gathered by the institute.