Harris, a 36-year-old businesswoman and author, has used the likeness of the vice president in a book and in her clothing lines.

The cover of Harris’ 2020 children’s book, “Kamala and Maya’s Big Idea,” was emblazoned with her aunt’s face and name. (Maya is the name of Kamala’s sister, Meena’s mother.)

Her company, Phenomenal Woman, previously sold swimsuits inspired by the vice president and sweaters with “Vice President Aunty” emblazoned on the front.

But after Biden and Kamala Harris won the 2020 election, the transition team’s ethics lawyers told Meena Harris she was no longer permitted to use her aunt’s likeness in relation to her books or clothing, a White House official told the LA Times.

Transition ethics lawyers told her she had the permission to sell out of the products related to the vice president, but not to restock them, Politico reported. 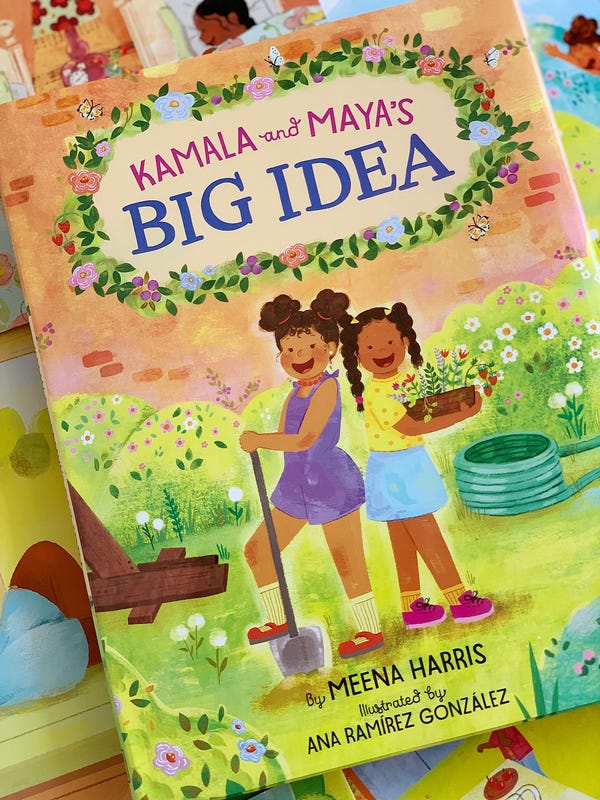 “Some things can’t be undone,” another White House official told the LA Times. “That being said: Behavior needs to change.”

Sabrina Singh, a spokeswoman for the vice president, told the LA Times: “It’s the White House’s policy that the Vice President’s name should not be used in connection with any commercial activities that could reasonably be understood to imply an endorsement or support.”

Meena Harris told the Times in a statement: “Since the beginning of the campaign, I have insisted on upholding all legal and ethical standards and will continue to strictly adhere to the ethics rules of the Biden/Harris White House.”

“With regards to Phenomenal, it was always our plan to remove the likeness of the Vice President from the website before the Inauguration, and refrain from using her likeness in any products or campaigns going forward.” 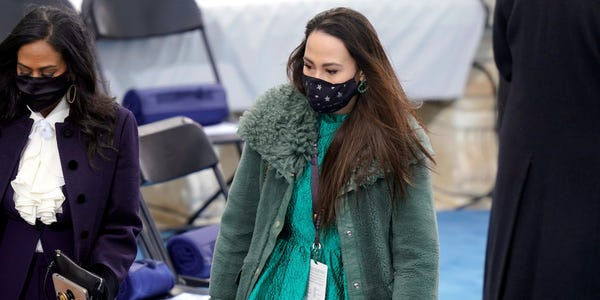 Meena Harris has taken part in several other projects championing her aunt in recent weeks.

According to the LA Times, Harris has started a production company that made a video praising her aunt’s achievements, and also collaborated with Beats by Dre on a pair of headphones branded with “the first but not the last,” a famous quote popularized by Harris, the first female vice president.

Democratic Party figures have for the last four years criticized President Donald Trump for boosting his family’s business interests through the office of his presidency, and the Biden White House is keen to distance itself from that behavior.

“We’ve been attacking the Trumps for years on all of the gross grifting,” a former advisor to Kamala Harris told the LA Times. “We ought to be much cleaner.”

In an interview with Insider before the release of her second book, “Ambitious Girl,” Harris praised her aunt’s achievement.

“For young girls to see someone who looks like them elected, to the second-highest office in the land, is really an incredible feeling that we’ve all been fighting for a very long time,” she said.