Home » Politics » ‘Who are we?’ Big donors battle for Democrats’ future in Florida

SARASOTA, Fla. (Reuters) – Andrew Gillum, the son of a bus driver who became the mayor of Florida’s capital, is struggling to gain traction with voters in his bid to become the state’s first black governor.

Candidate Andrew Gillum who is seeking the Democratic nomination for Florida governor, speaks to voters on a tour of barbershops in Sarasota, Florida, U.S., July 18, 2018. REUTERS/Letitia Stein

Yet key Democratic megadonors and liberal leaders have backed the 39-year-old Gillum over a crowded field of viable candidates, convinced his voice represents the party’s future in America’s largest swing state in presidential elections.

Billionaire philanthropists Tom Steyer and George Soros are pouring extraordinary manpower and money – each committing about $1 million so far – into Gillum’s campaign ahead of Florida’s nominating contests for governor on Aug. 28. Bernie Sanders, the senator from Vermont who appealed to party progressives in his unsuccessful 2016 presidential bid, also endorsed Gillum.

Florida “deserves to hear what we think is a really important voice and a very progressive voice about how this country can move forward,” Steyer said in a telephone interview.

The outside intervention is turning the race into a marquee test of divisions among Democrats still searching for a winning strategy against President Donald Trump’s Republican Party as they seek to deliver a punishing blow in November’s midterm elections.

An energized left – the so-called progressive movement – is championing younger and more diverse candidates. Many advocate once radical ideas, such as impeaching Trump and broadening government-run healthcare.

Mainstream Democrats have mostly fended off the insurgents, including in Michigan’s gubernatorial primary on Tuesday – a relief to a party establishment courting voters who may swing between parties.

But in New York, Alexandria Ocasio-Cortez, a young democratic socialist with working-class Latina roots, upset a veteran congressman in a safely Democratic district in June.

Candidate Andrew Gillum who is seeking the Democratic nomination for Florida governor, speaks to voters on a tour of barbershops in Sarasota, Florida, U.S., July 18, 2018. REUTERS/Letitia Stein

In Florida, Gillum said his campaign can reach voters who are “blacker, browner, younger and poorer,” noting that many often sit out midterm elections. His calls for Medicare for All, which would expand the U.S. government’s popular healthcare for seniors, and his record of fighting the national gun lobby also excite many white progressives.

“Who are we?” Gillum said in an interview, after drawing applause and “amens” from diverse crowds in a recent tour of black barbershops in Sarasota, Florida. “Are we a progressive party that sets a new and bolder vision without apology? Or are we going to stay static in the status quo?”

Donors think Gillum’s candidacy could boost Democrats in the Nov. 6 general election in several competitive congressional races and a toss-up Senate contest in the state – all pivotal to the party’s efforts to wrest back control of one or both chambers in Congress from the Republicans.

Republicans are also making their party’s gubernatorial nominating contest in Florida a national referendum on conservative politics. Last week, Trump rallied in Florida for Congressman Ron DeSantis, who is backed by preeminent conservative megadonors such as the conservative Koch brothers’ network.

DeSantis is surging in opinion polls here against state Agriculture Commissioner Adam Putnam, once viewed as the establishment front-runner. The state’s current Republican governor, Rick Scott, is barred by term limits from re-election and is seeking a seat in the U.S. Senate.

Steyer’s commitment to Gillum marks the former hedge-fund manager and environmental activist’s biggest engagement in a Democratic primary in years.

He has pledged $500,000 to a political committee for Gillum, who serves as mayor of Tallahassee, plus more than $500,000 in independent mailers, digital ads and door-to-door canvassing through his youth voter outreach effort, NextGen America, according to the organization.

Soros, meanwhile, has contributed about one-fifth of all funds raised by Gillum’s campaign and an affiliated political committee, Forward Florida, according to state campaign finance records, which indicate the New York financier has written checks totaling $950,000. 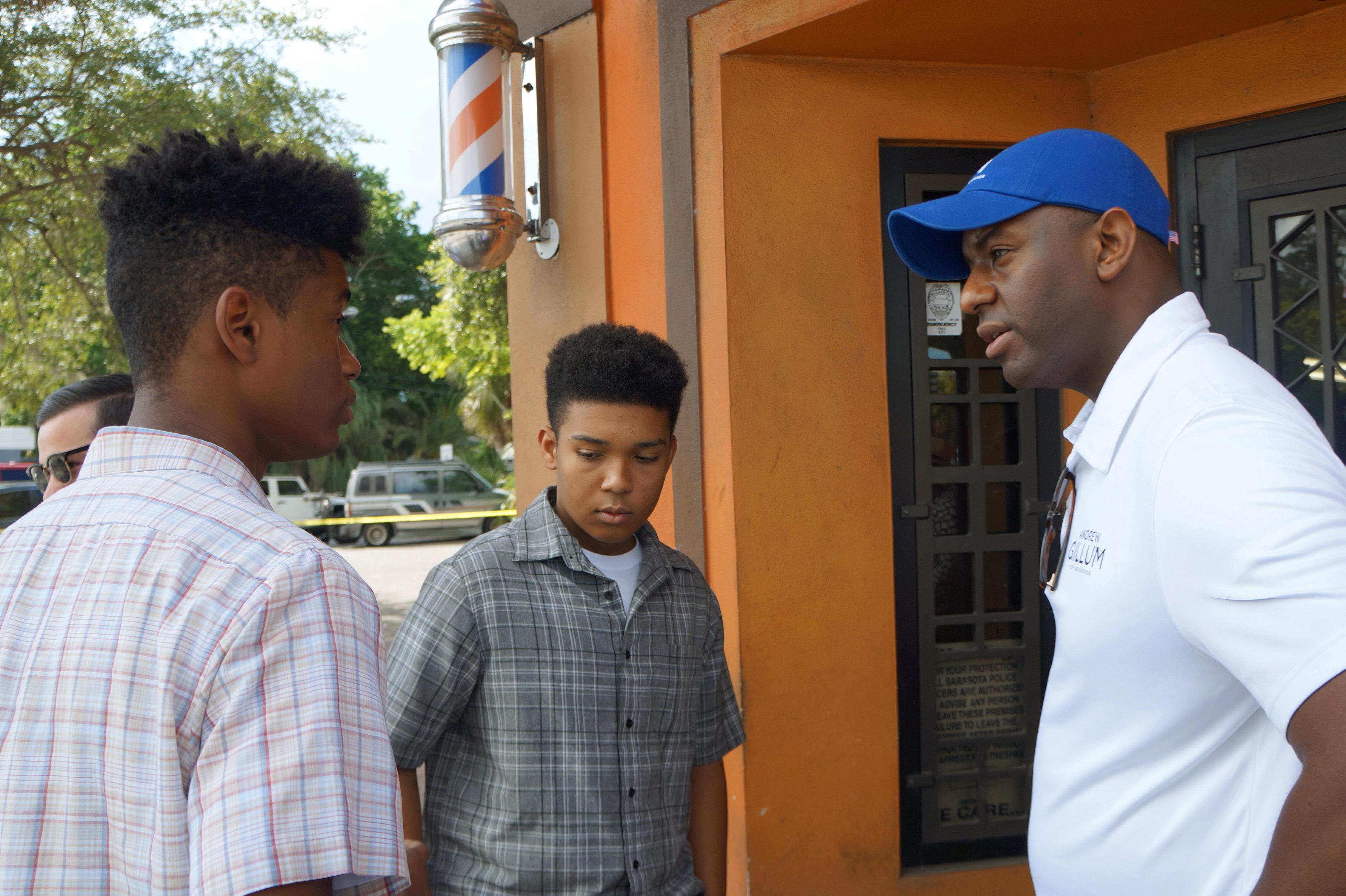 It is George Soros’ largest contribution to a single candidate this election cycle, federal campaign reports and state records reviewed by the National Institute on Money in Politics show.

Soros spokesman Michael Vachon said the philanthropist sees Gillum’s ability to rally a new and more diverse voting coalition in Florida as the key to winning back a governor’s mansion that Democrats have not held in 20 years.

With less than a month until the primary, Gillum appears to be an underdog against better-funded candidates who have aired television ads for far longer. They include the only woman in the race, Gwen Graham, a moderate former congresswoman and the daughter of the state’s former U.S. Senator Bob Graham. She is leading recent opinion polls here

Her campaign did not respond to requests for comment.

Also ahead of Gillum in some polls are businessman and former Miami Beach mayor Philip Levine, who has poured millions into his campaign, and Jeff Greene, a billionaire pledging to spend what it takes to win in the country’s third-most populous state.

Polls show many voters remain undecided, however, and no one needs a majority to clinch the nomination.

During a recent Gillum campaign visit to Phat Headz Barbershop in Sarasota, supporter James McCloud of the Democratic Black Caucus in Manatee and Sarasota counties said his community finally has a candidate with its issues at heart. But too few voters know his name.

“If we want to change things, this is the time to go in,” McCloud told the crowd. “We have to get the word out.”