Bipartisan negotiations in the Senate over a $1.2 trillion bill designed to overhaul the nation’s roads, bridges and waterways are teetering on the brink of collapse as both sides accused each other Monday of moving the goal posts.

Democrats over the weekend made a new offer in conjunction with the White House in hopes of wrapping up the unresolved issues, including funding for transit, highways, broadband, water infrastructure, and other items such as using unspent COVID-19 relief funds to help finance the bill. 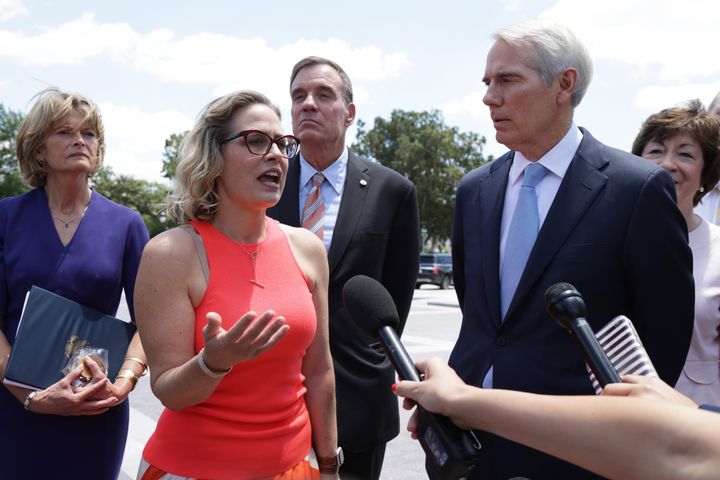 But Republicans involved in the discussions rejected the Democrats’ offer, claiming it goes against what the two sides have already agreed to so far.

The provisions of the bill dealing with water infrastructure prompted another round of finger-pointing. Democrats accused Sen. Mitt Romney (R-Utah) of reneging on a previous deal that included funding for water infrastructure as well as investments to replace lead pipes nationwide. A spokeswoman for Romney called that claim “laughably false.”

It’s been more than a month since a bipartisan group of senators ― 10 Republicans and 10 Democrats ― announced an agreement on the contours of a bipartisan infrastructure bill with President Joe Biden. Weeks of negotiations since then have yielded no final deal on legislative text due to sharp disagreements over how to pay for the raft of new spending.

The talks now appear to be moving backward with disagreements over specific funding provisions and attempts to out-blame the other side through the press.

Democratic leaders will soon face a critical question of whether to cease bipartisan talks if the negotiators can’t reach an agreement. The annual August recess in the Senate is fast approaching; lawmakers also have a pile of other legislative business to tackle when they return to Washington in September.

Senate Majority Leader Chuck Schumer (D-N.Y.) has vowed to make progress on a $3.5 trillion “human” infrastructure package along with the bipartisan bill. He could call another vote on starting debate on the $1.2 trillion infrastructure bill this week after Republicans voted to block it last week.

Biden didn’t give any hints about his attitude toward the bipartisan talks when asked during an event Monday at the White House if he was confident there would be a deal.

“You know me, I’m always optimistic,” the president said. 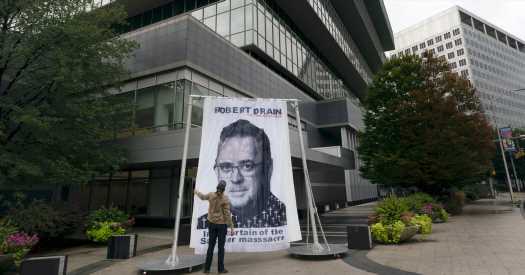