Boris Johnson’s Government quietly extended coronavirus lockdown laws this week empowering councils to close pubs, restaurants, shops and public spaces until July 17, according to the Telegraph. Britain has recorded more than 3.6 million Covid-19 infections since the pandemic began – the fifth-highest number of any country in the world. But will Mr Johnson speak about the threat today?

He added three-quarters of UK care homes have also received the jab as of Sunday morning.

Health officials aim to give 15 million people, including everyone over 70, a first vaccine shot by February 15 and vaccinate the entire adult population by September. 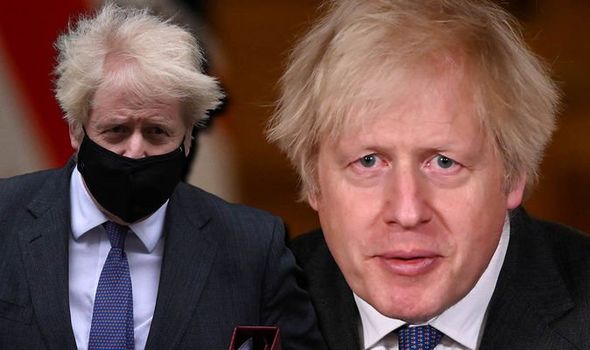 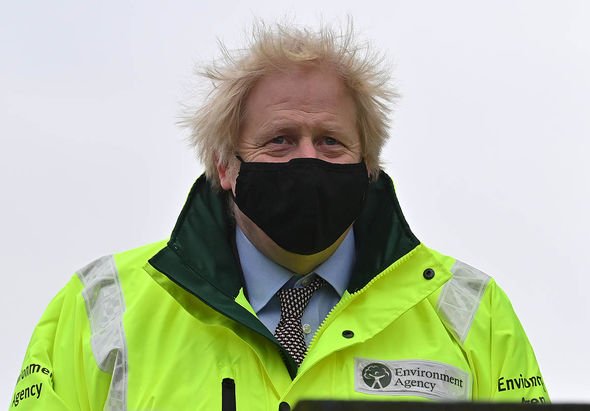 Speaking on Sunday, Mr Hancock said he “hopes” schools will be able to return at Easter.

The Health Secretary additionally defended the Government’s decision to extend the gap between vaccination doses from six to 12 weeks.

He told Sky News: “What we do know is that this policy is going to save lives.

“And the reason we know that is so long as there is decent efficacy after the first dose, and we have a high degree of confidence that that’s the case, in a situation where there’s only a limited supply, you want to get as many people to have as much protection as possible, as quickly as possible.” 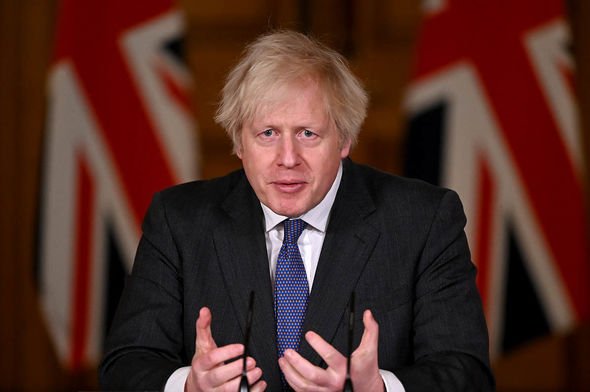 His comments came after the UK’s chief medical officer Professor Chris Whitty was sent a letter by the British Medical Association calling on the gap for the Pfizer jab to be reduced to six weeks.

The doctors’ union said the UK’s strategy “has become increasingly isolated internationally” and in a letter to Professor Whitty urged the gap to be altered.

BMA council chairman Dr Chaand Nagpaul said: “What we’re saying is that the UK should adopt this best practice based on international professional opinion.”

He added: “If the vaccine’s efficacy is reduced….then, of course, the risk is that we will see those who are exposed maximally to the virus may get infected.” 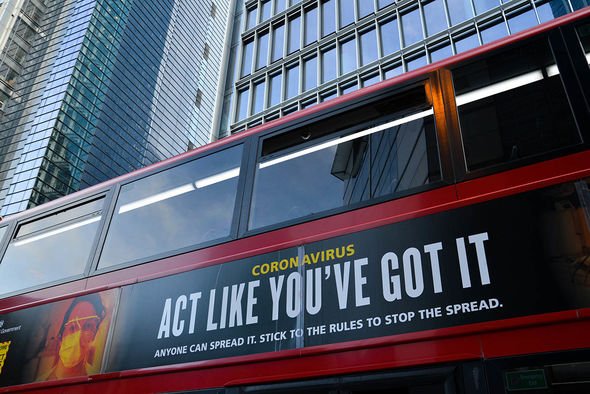 The Health Secretary further revealed there are 77 known cases of the South African Covid variant in the UK.

Speaking on the BBC’s Andrew Marr show he said these cases are being closely monitored and are connected with travel to and from the country.

There has been no community transmission of any of these cases. 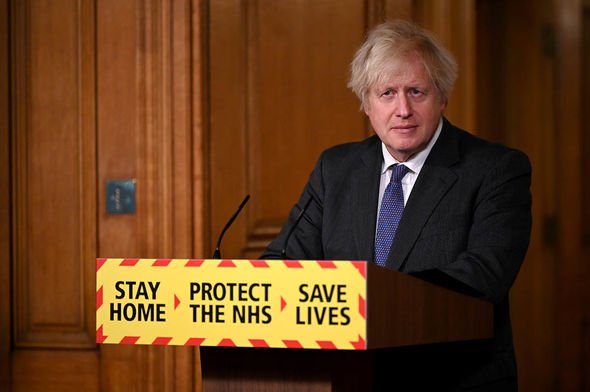 The Government has not yet announced if and when the next Government briefing led by Boris Johnson will take place.

However, in recent weeks, there has been a pattern of briefings being held on Monday evenings.

Mr Johnson last led a Covid briefing on Friday during which he discussed the new Covid variants, the country’s vaccination programme and other factors related to the ongoing efforts of the Government’s frontline efforts.

The Health Secretary’s comments on Sunday came after Mr Johnson’s most recent Covid briefing which took place on Friday, January 22.

During this briefing, the Prime Minister said early evidence suggests the UK variant may be more deadly.

He said: “I must tell you this afternoon that we have been informed today [on Sunday] that, in addition to spreading more quickly, it also now appears that there is some evidence that the new variant – the variant that was first identified in London and the South East – may be associated with a higher degree of mortality, and I’m going to ask Patrick in a minute to say a bit more about that.

“Because it is largely the impact of this new variant that means the NHS is under such intense pressure, with another 40,261 positive cases since yesterday.

“We have 38,562 COVID patients now in hospital, that’s 78 percent higher than the first peak in April and, tragically, there have been a further 1,401 deaths.

“So, it is more important than ever that we all remain vigilant in following the rules and that we stay at home, protect the NHS and thereby save lives.”

The Prime Minister added there was no evidence to suggest the vaccine would be ineffective against any of the old or new variants.