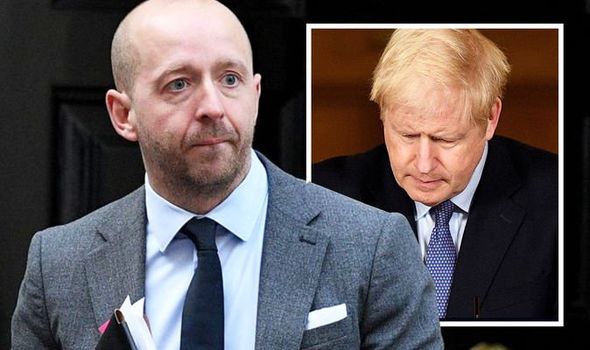 Brexiteer Lee Cain has confirmed he will leave his position inside Downing Street at the end of the year.

The shock decision comes less than 24 hours after reports emerged Mr Cain, a key figure in the Vote Leave campaign, was due to be appointed as the Prime Minister’s chief of staff.

Mr Cain is also a close ally of the Prime Minister’s chief adviser Dominic Cummings, who helped to mastermind the Brexit vote in the 2016 EU referendum.

BBC Political Editor Laura Kuenssberg said the departure has also raised questions over the future of Mr Cummings inside Number 10.

In a post on Twitter, she wrote: “A lot of unhappy people in Number 10 tonight – chance that some of Cain’s allies will quit – possible that Dominic Cummings will also go.

“Don’t underestimate how close he + Cain have been – let’s see what plays out.”

In a statement, Mr Cain confirmed he was offered a promotion to serve Mr Johnson as chief of staff.

Mr Cain who was appointed as Director of Communications after Mr Johnson won the Tory leadership contest in 2019, said it was a “privilege” to work for the Prime Minister.

He said: “After careful consideration I have this evening resigned as No 10 director of communications and will leave the post at the end of the year.

“It has been a privilege to work as an adviser for Mr Johnson for the last three years – being part of a team that helped him win the Tory leadership contest, secure the largest Conservative majority for three decades – and it was an honour to be asked to serve as the Prime Minister’s chief of staff.

“I would like to thank all the team at No 10 – including the many unsung and incredibly talented civil servants – for their hard work and support during the last 18 months.

“And most of all I would like to thank the Prime Minister for his loyalty and leadership.”

This is a developing news story, more to follow.