Sources have told the Sunday Express that the Prime Minister had planned to hold his reshuffle in the autumn but may bring it forward as a result of failing to win Batley and Spen. Among the changes being speculated over is a move for culture secretary Oliver Dowden to the difficult education brief. The current education secretary Gavin Williamson could get his old job as chief whip in charge of discipline back while Mark Spencer is moved from the role to replace George Eustace as environment secretary.

A friend of Spencer’s said: “Defra (the Department for the Environment and Rural Affairs) is Mark’s dream job. He’s a farmer and knows the brief inside out.”

Meanwhile, it is speculated that the new culture secretary will be former leadership contender James Cleverly promoted from his current job as Middle East minister.

A source told the Sunday Express: “James is a really good communicator and the PM would like him back in the cabinet.”

He will have a brief to fight the culture wars and push a major rollout of broadband and digital capability.

Other changes could see Kemi Badenoch promoted to the cabinet after “hugely impressing” as an equalities minister. 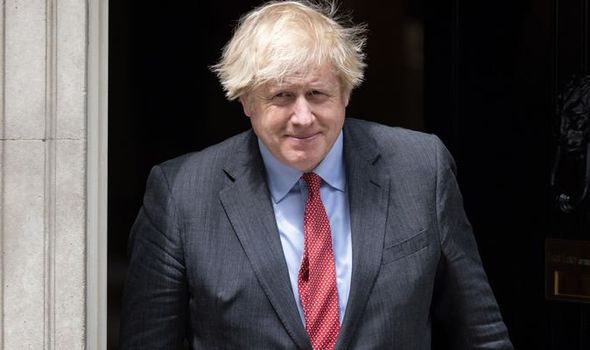 Tory backbenchers are also said to be pressing for Brandon Lewis to be replaced as Northern Ireland secretary because of frustration over a failure to provide army veterans with immunity from prosecution for acts during the Troubles.

It is understood that Michael Gove had already told Mr Johnson he did not want the health secretary job before Matt Hancock quit last week.

A friend said: “He wants a constitutional role to take on the Scottish independence problem and he’s asked for that within his current position in the Cabinet Office.”

However, there is some speculation among Tory MPs that problems in his private life which led to him announcing he is to divorce his wife the columnist Sarah Vine may end up with him having to leave ministerial office.

The big jobs of Chancellor, Foreign Secretary and Home Secretary are expected to remain with Rishi Sunak, Dominic Raab and Priti Patel.