The man responsible for delivering Brexit today finally admitted defeat after one by one, his minister turned against him. A swathe of MPs in the lower ranks took their move to oust Mr Johnson after Chancellor Rishi Sunak and Health Secretary Sajid Javid called time earlier this week.

They confronted him in Downing Street after dozens of Parliamentary Private Secretaries and junior ministers resigned.

Mr Johnson initially continued to refuse to stand down but relented today when ministers in post for just 36 hours started to publicly demand he bow out.

A No10 spokesperson said: “The Prime Minister will make a statement to the country today.” 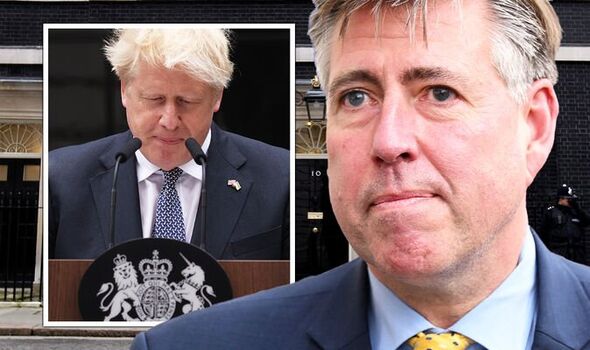 He is expected to give a resignation speech on the steps of Downing Street this morning in which he will pledge to remain as a caretaker Prime Minister until the autumn.

There were 57 MPs who quit Government roles before Mr Johnson finally gave up trying to remain in No10.

The last straw was when his newly-appointed Chancellor, Nahim Zahawi, told him to “do the right thing and go now”.

“This is not sustainable and it will only get worse, for you, for the Conservative Party and most importantly of all the country,” he wrote.

Speaking about the Prime Minister’s stubborn refusal to quit, he added: “I am heartbroken that he hasn’t listened and that he is now undermining the incredible achievements of this Government at this late hour.”

The Uxbridge MP entered Downing Street to replace Theresa May on July 24 2022.

In his short time at the helm, he packed in a huge number of achievements.

In December 2019 he saw off the threat of socialist threat posed by Corbynism to the UK when he won his historic 80-seat majority at the general election.

Just one month later he delivered on honouring the result of the 2016 EU referendum as he “got Brexit done”.

He then nursed Britain through the Covid pandemic before helping the country get back on its feet with the UK’s world-leading vaccination rollout.

In recent months he played a central role in coordinating the West’s united response to standing up to Vladimir Putin for his invasion of Ukraine.