Boris Johnson has been told not to hurl “insults” at other MPs in the House of Commons.

Commons Speaker Lindsay Hoyle – in charge of keeping order in the debating chamber – had some stern words for the prime minister following a furious clash with Sir Keir Starmer last week.

Mr Johnson had accused the Labour leader of supporting “an IRA-condoning politician” – referring to Jeremy Corbyn.

He was asked to withdraw the remark but refused to.

Sir Lindsay later told Sky News people watching would be “ashamed” and he wants to see “better behaviour” from MPs in the future.

“It is PMQs – and it’s for the PM to answer questions, same with ministers. It’s not opposition questions,” he told the Kay Burley show.

“I don’t want it to get personal. Of course we will always have banter but it was about turning down the heat.

“Personal attacks are not good. People are ashamed when that happens. 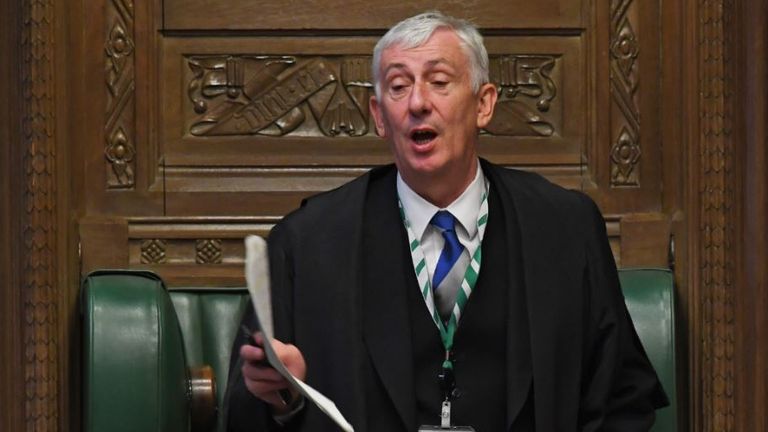 “They want to hear the prime minister answer the questions, not trade insults. That’s not what I want to see. I certainly don’t want to get it so personal.

“It was about reminding the chamber: don’t forget, the world is watching us and the world will reflect on how we behave. So if we have better behaviour, hopefully that will spread in the same way.”

Sir Lindsay added he is happy to see “humour without the heat” but “it’s the anger I want to take out of that”.

He also voiced hopes the Commons, which is still enforcing two metre social distancing restricting the number of MPs who can speak in the chamber, could be back to being fully-packed by Christmas.

“But,” he warned, “who knows what the cold spell’s gonna bring for us? Who knows where the country will be?”