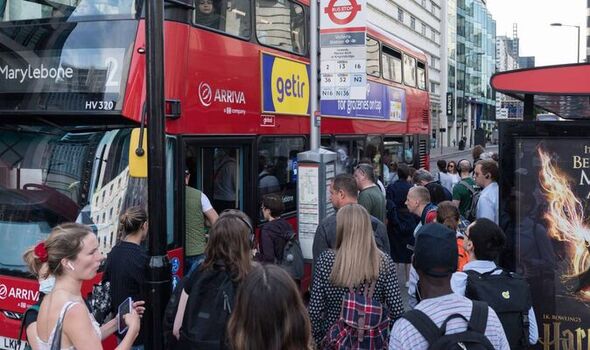 The RMT leader responsible for bringing Britain to a standstill astonishingly blamed “Old Etonians speaking Latin and Greek” with “barely a paid hour of employment between them” for the hugely damaging dispute.

The £124,000-a-year union chief failed to hide his contempt for the PM and his Cabinet when he said: “The problem is we have a government of billionaires… trying to tell ordinary men and women in this country how to run their lives.”

But Lynch said the fault lay with Boris Johnson’s government of billionaires with barely a “paid hour of employment between them”.

The General Secretary of the RMT accused the government of being Old Etonians speaking “Latin and Greek” compared to ordinary men and women such as his members.

Prime Minister and his Cabinet when he said: “The problem is we have a government of billionaires trying to tell ordinary men and women in this country how to run their lives.”

But Mr Johnson urged Britons to “stay the course” in the face of what he called the “unnecessary aggravation.” 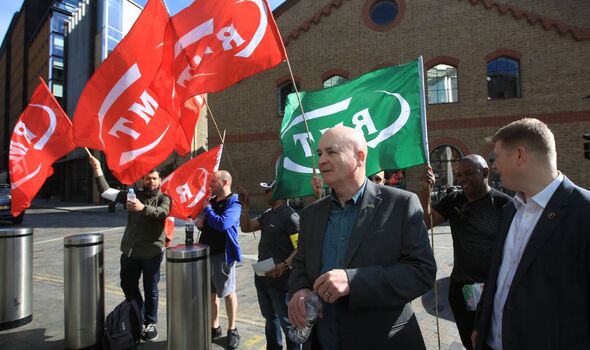 Mr Lynch, who said his workers were demanding a minimum seven per cent wage increase for staff, responded with fury to the idea that his train drivers, who earn an average of £59,000 a year, could be replaced by driverless trains.

And in a throwback to the Union leaders of the 1960s and 70s, he said: “It’s all right for these politicians who’ve never done a hands turn to say, ‘Oh it’s easy, let’s just get rid of drivers’.

“But ask any of them how they go about the logistics and the engineering challenge of that. They haven’t got a clue.

“So we’ve got Old Etonians who speak Latin and Greek telling us about civil engineering projects. What’s the point, why do you take their word for it and not the word of leading civil engineers?”

Tory MPs reacted angrily to the attack by Mr Lynch. 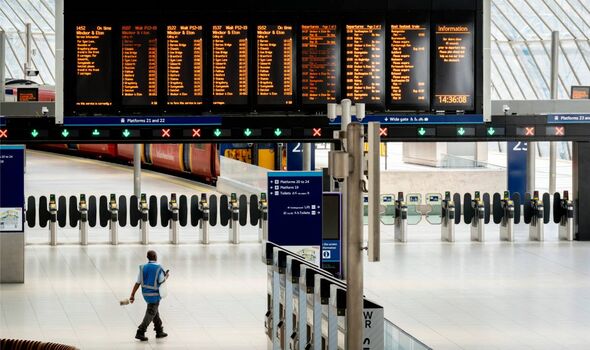 Conservative MP Lee Anderson accused him of being a “Poundshop Arthur Scargill” in a reference to the Miners union leader of the 1980s, now 84, who turned up on a picket line.

He added: “He is using his hard working rail workers to try to bring down the Government at a time when the country should be uniting and working together.”

Meanwhile, the Prime Minister warned the public to be prepared for a lengthy dispute.

He condemned the havoc on the first day of the biggest walkout on the country’s transport system in more than 30 years.

London’s underground was almost completely closed with 80 per cent of the country’s rail network. Business is thought to have lost more than £540million in a single day.

But Mr Johnson insisted the Government will press ahead with overhauling the industry and accused militant unions of putting rail firms at risk of going bust. 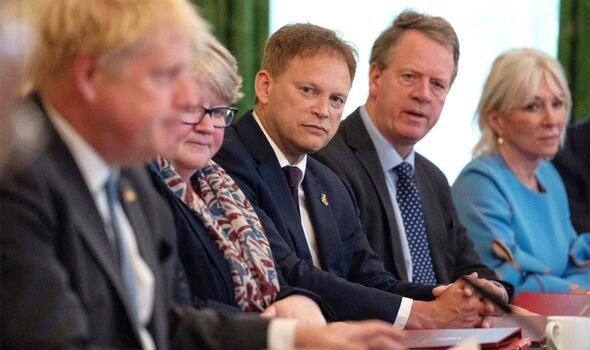 The Prime Minister told the weekly Cabinet gathering the strikes were “causing significant disruption and inconvenience up and down the country”.

“These strikes are so wrong, so wrong and so unnecessary.

“Throughout the pandemic, the Government supported the railway industry to the tune of £16billion.

“We kept our railways going and, quite rightly, so.

“We supported railway workers and their families. We supported the whole industry. It cost every family in this country thousands and thousands of pounds.

“We are making bigger investments and longer term investments in railways. The Integrated Rail Plan alone is worth £96billion. What we’re doing is truly transformational.

Mr Johnson insisted the Government had ambitious plans for upgrading the rail network in the North of England.

He said: “But if we’re going to do these colossal investments, as we must, we’ve got to have reform.

“We’ve got to reform the way the railways work. It cannot be right that some ticket offices are selling roughly one ticket per hour. We need to get those staff out from behind plate glass onto the platforms interacting with passengers and with customers.”

And the Prime Minister added: “We need the union barons to sit down with Network Rail and the rail companies and get on with it.

“We need, and I say this to the country as a whole, to get ready to stay the course because these reforms, these improvements in the way we run our railways are in the interests of the travelling public.

“They will help to cut costs for fare payers but they are also in the interest of the railways, railway workers and their families, because if we don’t do this, this great industry will face further financial pressure, it will go bust.

“Folks, this Government was elected to do the difficult things and to stay the course.”

Yet a YouGov poll showed that 37 per cent of voters back the rail strike.

Mr Shapps promised ministers will change the law so rail firms could bring in agency workers to minimise disruption.

He said: “What we will do in the future is we will make sure we’ve put in additional protections in place for the travelling public, for example through minimal service levels.

“That would mean on a day like today a certain level of service would still have to be run and through changes to allow for transferable workers, that’s a much quicker change we could take.

“For future strikes, both in this current one but also for other strikes, we are going to ensure that the law is firmly on the passengers side.

“One of the ways is through transferable skills, or agency workers.

“And there are a number of other technical changes we can make to union laws to make sure the public is always protected.”

Mr Shapps confirmed the Government’s Cobra: civil contingencies emergency committee will meet this week to respond to the strike action.

He also accused the RMT general secretary of wanting to transform himself into one of the “1970s union barons”.

Disruption is likely to continue tomorrow, with delays across the national train network because trains and drivers are in the wrong place. London Underground is not expected to run any tubes until 8am.

More strikes will hit the train system on Thursday and Friday.