Brexit has been indicated as one of the main driving forces behind renewed calls for a second Scottish independence referendum, with First Minister Nicola Sturgeon pledging to take Scotland back into the European Union soon. But the SNP leader has been warned negotiations with the EU would be a “walk in the park” compared to the struggles of breaking up the 314-years United Kingdom. Conservative MSP Dean Lockhart issued the warning as he ridiculed the SNP’s independence plans by highlighting a pivotal flaw in their calls for ditching the UK.

“We’ve also got the question of whether other EU member states would want the separation on the agenda.

“Alyn speaks about Brexit being disruptive. Scottish independence would make Brexit look like a walk in the park.”

The Conservative MSP insisted the lack of details in the SNP’s financial plans for an independent Scotland also raise issues for the future of the nation. 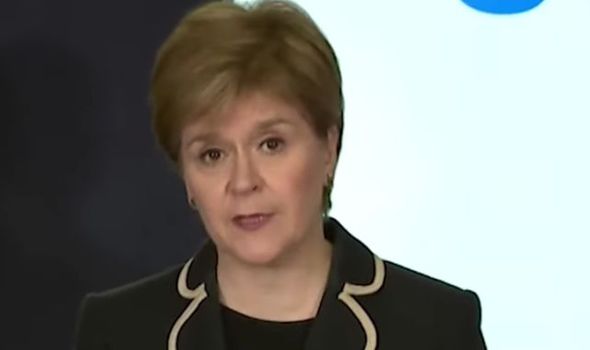 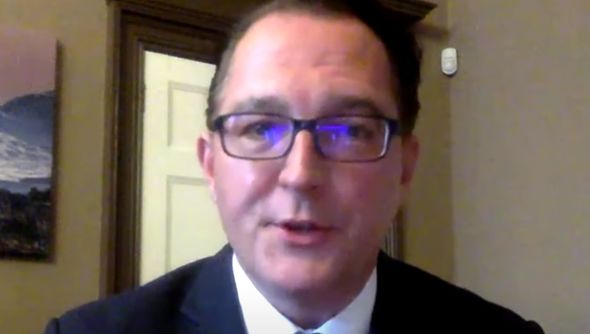 He continued: “They haven’t told us what currency they would use.

“You would imagine, after all these years of campaigning for independence, they would have a credible answer of what currency Scotland would use.

“What the central bank would be, what the trading position with the rest of the UK would be.”

Mr Lockhart continued: “As I said, that’s over 60 percent of our trade.

“If you look at the reality, Scotland’s trade with Germany is four percent of exports – I would like that to increase and, after Brexit, trade levels have stabilised, and I hope it will be much stabler than the past 12 months.

“Certainly, if you look at the harsh realities, there’s a fiscal transfer from the rest of the UK to Scotland of £15 billion a year.”

Nicola Sturgeon has been demanding a rerun of the independence referendum since 2016, and officially asked for one in 2020 but was refused.

The SNP ran on a pro-independence manifesto in the Scottish elections in May, which returned the party 64 seats in Holyrood but fell short of an overall majority.

Michael Gove insisted that in the election “more people voted for parties that were pro the UK in the constituency ballots than those who were in favour of separation”.

He also argued some people would have voted for the SNP because of a “personal admiration” for the Scottish First Minister “rather than because they necessarily endorsed the case for independence”.

Speaking about the SNP leader, Mr Gove said: “She secured election against a backdrop where more people voted for unionist parties than had been anticipated or expected at the beginning of the campaign, and where the Scottish Conservatives recorded their strongest ever electoral performance since devolution was established.”

He also stressed Ms Sturgeon had “quite rightly said … that the first priority at the moment has to be working together across the UK in order to recover from the pandemic”.