The Northern Ireland Protocol – agreed in the Brexit deal – is designed to avoid customs checks along the Irish border. Earlier this month, the European Commission said it was ready to “suspend” parts of the Brexit trade deal unless the UK ended its refusal to implement the Protocol.

But this week, Mr Johnson’s spokesperson said “radical changes” are needed to the Northern Ireland Protocol.

He said: “That’s what’s necessary to mitigate the serious, real-world challenges being faced by businesses and the people of Northern Ireland.”

However, Simon Coveney, Ireland’s Minister of Foreign Affairs, warned these “radical changes” to international law would create a “problem”.

Mr Coveney said: “If looking for radical change means that you’re not committed to the protocol that’s a problem. 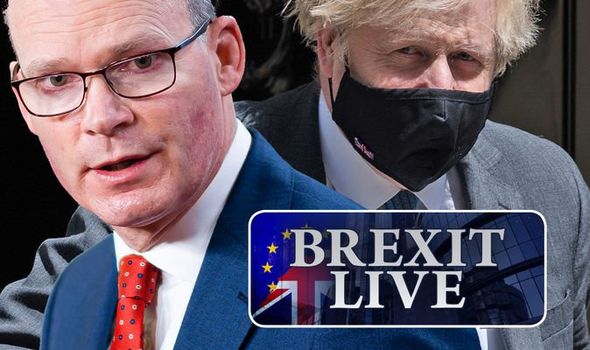 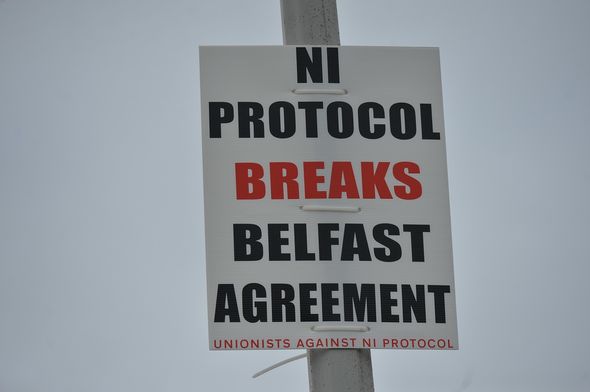 “The challenge for us is within the parameters of the protocol, how we maximise the flexibility that’s available to us to reduce the impact of the protocol to the maximum extent possible in terms of the disruptive impact on goods coming from GB to Northern Ireland.”

During a summit of EU leaders, Ireland’s Taoiseach Micheál Martin said the EU should agree to extend a grace period.

He said: “This would be I think, in my view, an important signal in terms of the European Union’s willingness to continue to be constructive. 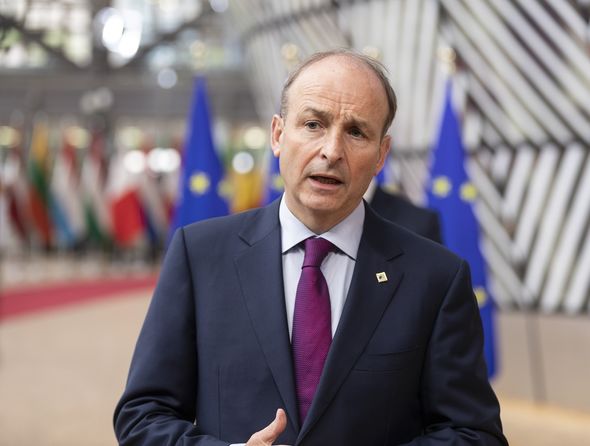 “The Commission is obviously considering this now.

“The UK made a request in my view which would be granted.

“And I think we need space in the context of Northern Ireland, in particular, to settle things down.”

SEE BELOW FOR LIVE UPDATES…

8am update: Leave campaigners ‘surprised by deterioration in relations between the EU and UK, says Lord Frost

The Government has admitted those who campaigned to leave the European Union are “surprised” with the deterioration in relations between the bloc and Britain.

Lord Frost told thinktank UK in a Changing Europe: “Until we have settled the Northern Ireland issue and put in place new balances, or the right balance, I think it’s going to be difficult to get relations on to the right footing that we want, but we absolutely do want that.

“I don’t think those who campaigned five years ago for Brexit drove the analysis, drove the politics of it.

“I think they are surprised, quite often, to find relations are in the state they’re in.”