The Conservatives’ Mark Reckless, and Ukip’s David Rowlands have joined up with two independents to form the group in the Welsh Assembly.

In a letter the four AMs said: “We wish to form a Brexit Party political group, with immediate effect.

“We confirm that Mark Reckless has resigned from the Conservative Group, and that David Rowlands hereby resigns from the Ukip group.” 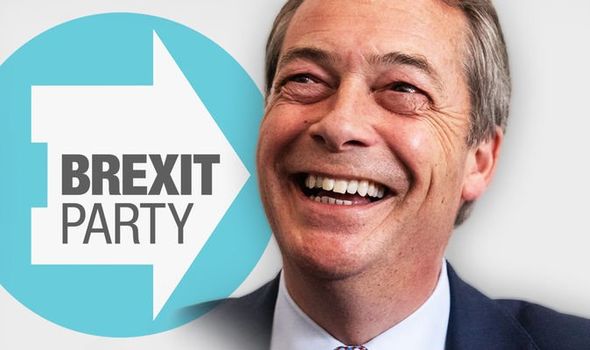 Mr Farage’s newly formed party has seen a surge in support since its inception, leading polls for the European elections and is fighting neck-and-neck with the Tories in voters’ Westminster voting intentions.

The Brexit Party, which only registered with the Electoral Commission on February 5, galvanised the support of voters angry with the UK Government’s failure to deliver the result of the 2016 EU referendum by the original deadline of March 31.

It already has representation at an EU level after 14 MEPs quit Ukip to join the new movement. The four AMs’ decision to form a Brexit Party in the Welsh Assembly is the group’s first delegation in a national legislature.