Hopes have been raised that a long-running Brexit dispute between Britain and the EU could finally be resolved after both Britain and Ireland hailed a “change in the mood music” over talks. It followed a dinner between UK Foreign Secretary James Cleverly and his Irish counterpart at the Irish embassy in London last night and informal discussions between Liz Truss and EU leaders at the European Political Council meeting in Prague.

A source close to Mr Cleverly told Express.co.uk: “The mood music is better and certainly seems the sorts of ingredients you’d need to try and get a negotiated settlement.”

However, the source warned that people should not expect an early breakthrough: “Everyone seems to be thinking we are three steps further ahead than we are.”

The discussions are around the Northern Ireland Protocol and the EU’s attempt to break up the United Kingdom.

Under a temporary agreement after leaving the EU, Boris Johnson’s government allowed Northern Ireland to stay in the Single Market bund by its rules because Northern Ireland shares a land border with the EU through Ireland. 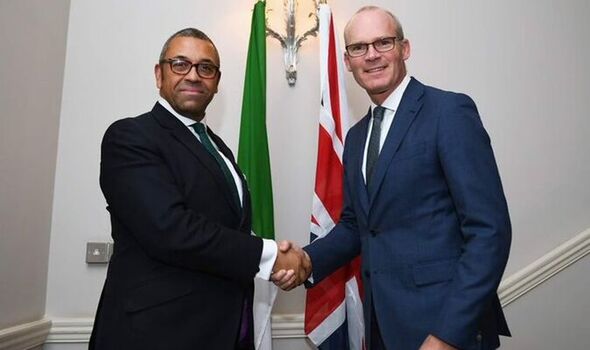 Mr Coveney also hailed a “very good meeting” with Mr Cleverly and said “a new air of positivity has created a flicker of optimism” that the dispute can, at last, be resolved.

Irish Taoiseach Leo Varadkar also hinted that he is prepared to compromise admitting that the protocol rules are “too strict”.

He said: “The protocol is not being fully implemented and yet it is still working. I think that demonstrates there is some room for further flexibility, for changes that hopefully will make it acceptable to all sides.”

Crucially, he added: “I would concede that perhaps the protocol, as it was originally designed, was a little too strict.” 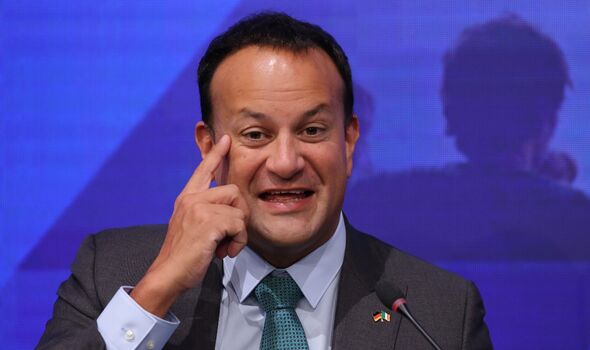 The UK government is currently pushing through a Bill which would remove the worst aspects of the Protocol.

Currently, the EU rules prevent people from Northern Ireland from benefitting from Brexit benefits such as VAT cuts and ripping up of Brussels red tape.

There is also a danger that supermarket shelves in the province could be empty with a possible ban on meat products and even medicines.

But one of the obstacles to compromise on the protocol has been President Macron.

Yesterday at the EPC he warned that he may renegue on a deal to tackle illegal migrants unless Ms Truss ditches her Northern Ireland Bill.

Today, Northern Ireland Secretary Chris Heaton-Harris and his number two Steve Baker are due to have talks in Dublin.

Mr Baker is said to have helped change the mood of the talks by apologising for some of his comments about Ireland during the brexit negotiations.