The Chancellor will double down on his mini-budget by promising the British people it is the best option to stop the “managed decline” the UK was heading for. 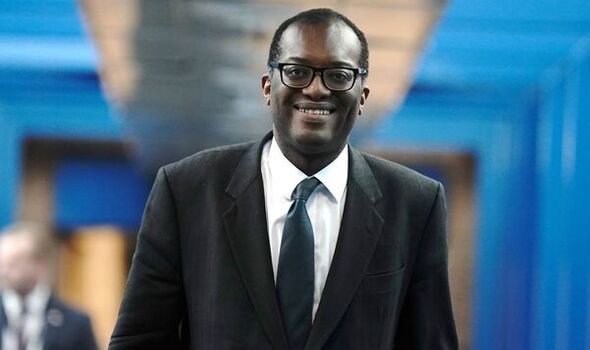 Prime Minister Liz Truss said she “stands by” the emergency package and the speed it was delivered as she arrived in Birmingham for the Conservative Party conference. “The lady’s not for turning,” an aide said.

Mr Kwarteng will draw a line under the market turmoil of the last week with a promise that the government has an “iron-clad commitment to fiscal discipline”.

He will tell Tory grassroots: “We must face up to the facts that for too long our economy has not grown enough. The path ahead of us was one of slow, managed decline.

“And I refuse to accept that it is somehow Britain’s destiny to fall into middle income status, or that the tax burden reaching a 70-year-high is somehow inevitable. It isn’t, and shouldn’t be. We needed a new approach, focused on raising economic growth.

“That is the only real way to deliver higher wages, more jobs, and crucially, revenue to fund our precious public services and it is the only way to achieve long-term fiscal sustainability. We must stay the course. I am confident our plan is the right one.”

Market jitters about the growth plan eased on Friday as the pound rallied while official figures showed the country defied expectations to avoid entering recession.

Mr Kwarteng will give a robust defence of his approach by telling the Conservative party conference in Birmingham that boosting the economy is the way to bring in the extra money needed to fund public services and create high quality jobs.

The Chancellor is certain that without action, Britain would be in decline, with higher taxes and a worse NHS.  He will say that it is wrong to just accept skyrocketing energy bills and a 70 year high tax burden.

“That is why we will forge a new economic deal for Britain backed by an iron-clad commitment to fiscal discipline. More businesses. More jobs. Higher pay. More money for public services.

The Chancellor will point out that other major currencies are “wrestling an incredibly strong US dollar”.

But on the long term challenges the country is facing, he will insist the government’s plan is “sound, credible and will increase growth.”

“That is my promise to the people of this country.”

Ms Truss is facing a rocky week ahead with arch-critic Michael Gove and other Rishi Sunak supporters openly criticising her approach.

But the Prime Minister was steadfast yesterday as she defended the plans for wholesale tax reforms and increased borrowing to kick start Britain’s longtime flatlining economy.

She told the BBC: “I want to reassure people that we do have a very clear plan – first of all about how we are going to get through this winter with our energy plan but also how we are dealing with the issue of a slowing economy.”

Ms Truss acknowledged she could have “laid the ground” better about the plans contained in the Government’s mini-budget.

“I do want to say to people I understand their worries about what has happened this week,” she said.

“But I do accept we should have laid the ground better… I have learnt from that and I will make sure that in future we do a better job of laying the ground.” 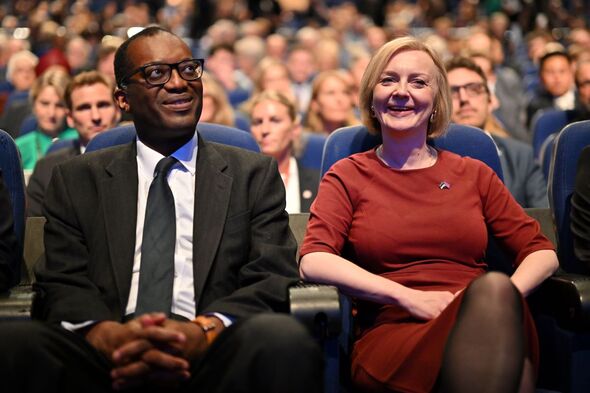 But the Prime Minister warned interest rates are going up around the world and “we do have to face that”.

She pointed out that Britain has  “second lowest borrowing in the G7” –  lower than France, the US, Canada and Japan – and insisted the government is committed to lowering it in the long term.

The PM refused to commit to increasing benefits in line with inflation but said the most vulnerable will be looked after.

She did not rule out cuts to public services but said the government is “very committed to making sure we’ve got excellent frontline public services”.

The country is facing a “turbulent and stormy time” but she insisted the growth plan will “deliver on the promises we made”.

The PM said many firms with between 50 and 249 employees spend more than 22 days a month on average dealing with regulation.

Rule changes will mean companies with fewer than 500 employees will have less form filling to do.

Ms Truss said it will “make it easier for them to get on with their business”.

Business Secretary Jacob Rees-Mogg said: “Our enterprising medium-sized businesses are being buried in pointless paperwork, preventing them from reaching their world-leading potential.

“That is why we are cutting red tape, starting with preventing unnecessary future regulations for these companies. We are harnessing the freedoms the UK has since leaving the EU, removing bureaucratic and burdensome regulations on businesses, and taking steps to create a dynamic, growth-led economy.”