Former San Diego mayor and California gubernatorial candidate Kevin Faulconer railed against San Francisco’s school board on Wednesday for being more concerned with changing the names of the city’s public schools rather than reopening them. 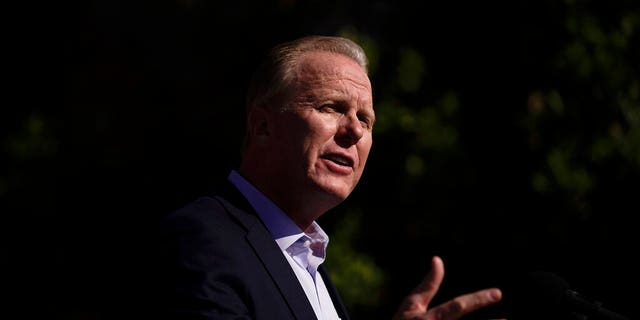 “San Francisco’s school board has prioritized removing the name outside this school, over the education that should be happening inside this school. President Lincoln should be celebrated, not canceled. Getting rid of Lincoln’s and Washington’s name is outrageous,” Faulconer said.

Faulconer, a Republican, officially launched his bid on Feb. 2 to replace California Gov. Gavin Newsom, who is facing a recall threat over his response to the COVID-19 pandemic. California’s public schools have largely remained shut down since the beginning of the pandemic, with students confined to at-home learning.

Faulconer’s press conference comes the day after the San Francisco Unified School District (SFUSD) postponed Tuesday’s scheduled talks on how to safely reopen classrooms, despite an ongoing lawsuit from the city attorney’s office, opting instead to work on renaming 44 of the city’s public schools.

City Attorney Dennis Herrera sued the San Francisco Board of Education and the SFUSD earlier this month for failing to devise a plan to get San Francisco’s 54,000 public school children back in the classroom.

Asked what he would do differently, particularly in regard to the teachers unions that have been blamed for prolonging the issue, Faulconer said it was a matter of failed leadership.

“It’s about not rolling up your sleeves and saying, ‘This is important.’ How on earth are private schools open where teachers are teaching safely, kids are safely learning, yet it’s not happening at public schools. It’s unacceptable,” Faulconer said.

Gov. Newsom’s favorability as plummeted in recent months amid outrage over the economic and social impact of his response to the pandemic. Last weekend, Recall Gavin 2020, the group organizing a recall against the governor, said they have gathered enough signatures to qualify for a ballot.